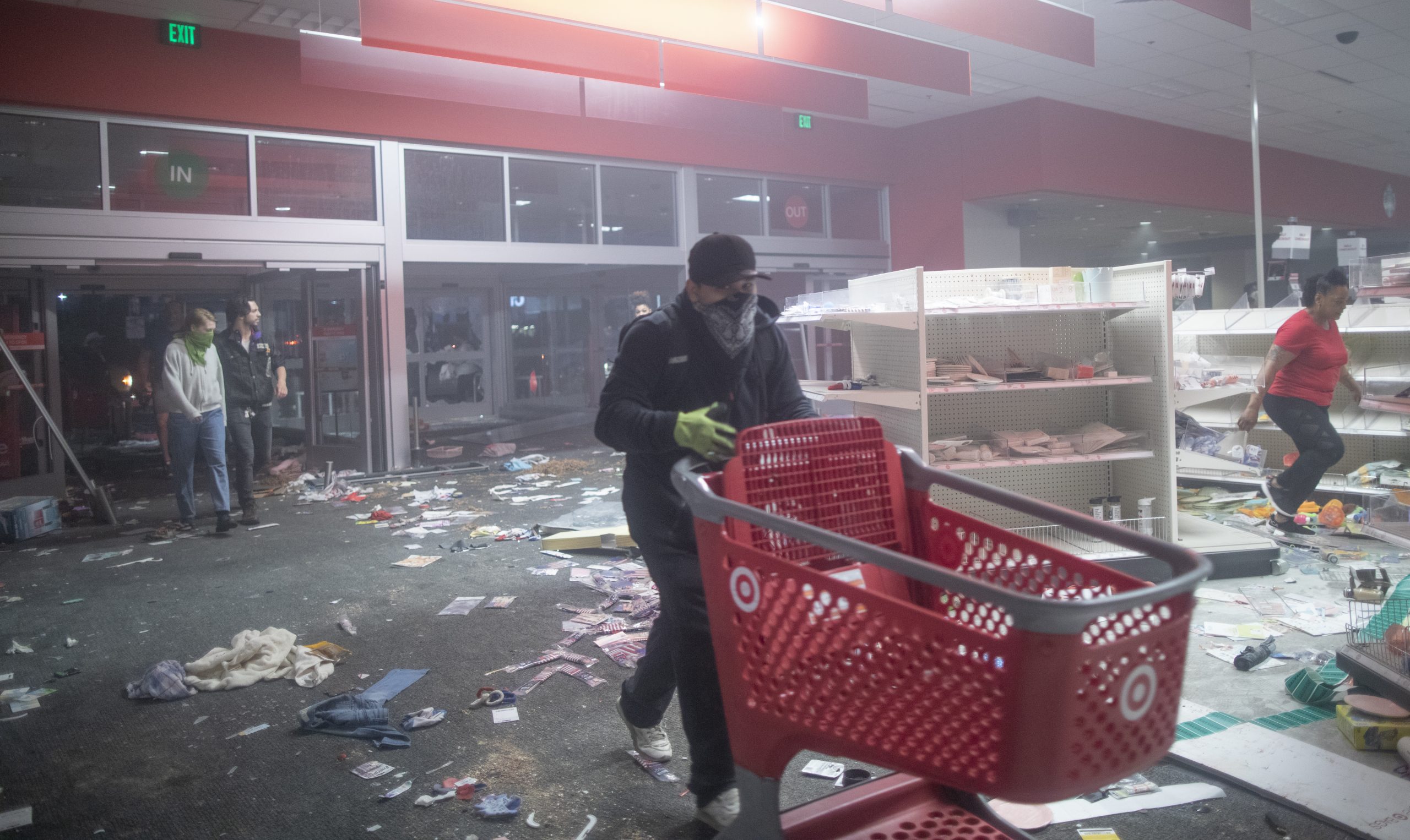 Looters walk into Target off of Hiawatha Avenue and Lake Street in Minneapolis after riots broke out in the city over the police killing of George Floyd on May 27.

A Florida sheriff has put looters on notice: Gun owners in his county should use their firearms to kill intruders.

Polk County Sheriff Grady Judd said Monday that his department has “highly recommended” citizens to use their firearms to protect property from looters who break into their homes. The Lakeland Police Department, which patrols the central Florida county’s largest city, posted video of Judd speaking to reporters.

Judd said his department had received information that “criminals” were going to bring “criminal conduct” into local neighborhoods. Sunday and Monday night saw intense rioting in dozens of American cities, as protests over the death of Minnesota man George Floyd turned violent.

Judd issued a stern warning Monday to arsonists and organized, angry mobs who smashed windows, set fires and looted stores all across America.

“I would tell them, if you value your life, they probably shouldn’t do that in Polk County,” he said. “Because the people of Polk County like guns, they have guns, I encourage them to own guns, and they’re going to be in their homes tonight with their guns loaded.”

“And if you try and break into their homes to steal, to set fires, I’m highly recommending they blow you back out of their houses with their guns,” Judd said.

Judd denounced Floyd’s killing, a flashpoint event that shocked the country. “Had that police officer done here what he done there, he would have been locked up in the county jail by sundown,” he said.

Polk County is located in central Florida, between Orlando and Tampa, and is home to more than 690,000 people.

While that population grew by 2.6% last year, arrests plummeted by more than 10% and the rate of violent crime was down 6.4%, according to Florida government records. Judd was first elected sheriff in 2004, and has won reelection three times.

The Second Amendment to the United States Constitution guarantees Americans “the right to keep and bear arms.”