California freelancer reforms under the microscope

"You can have the right goal and the worst possible way to go about it," one researcher said about controversial measure AB5.
By Roxane Assaf-Lynn June 2, 2020
Facebook
Twitter
Linkedin
Email 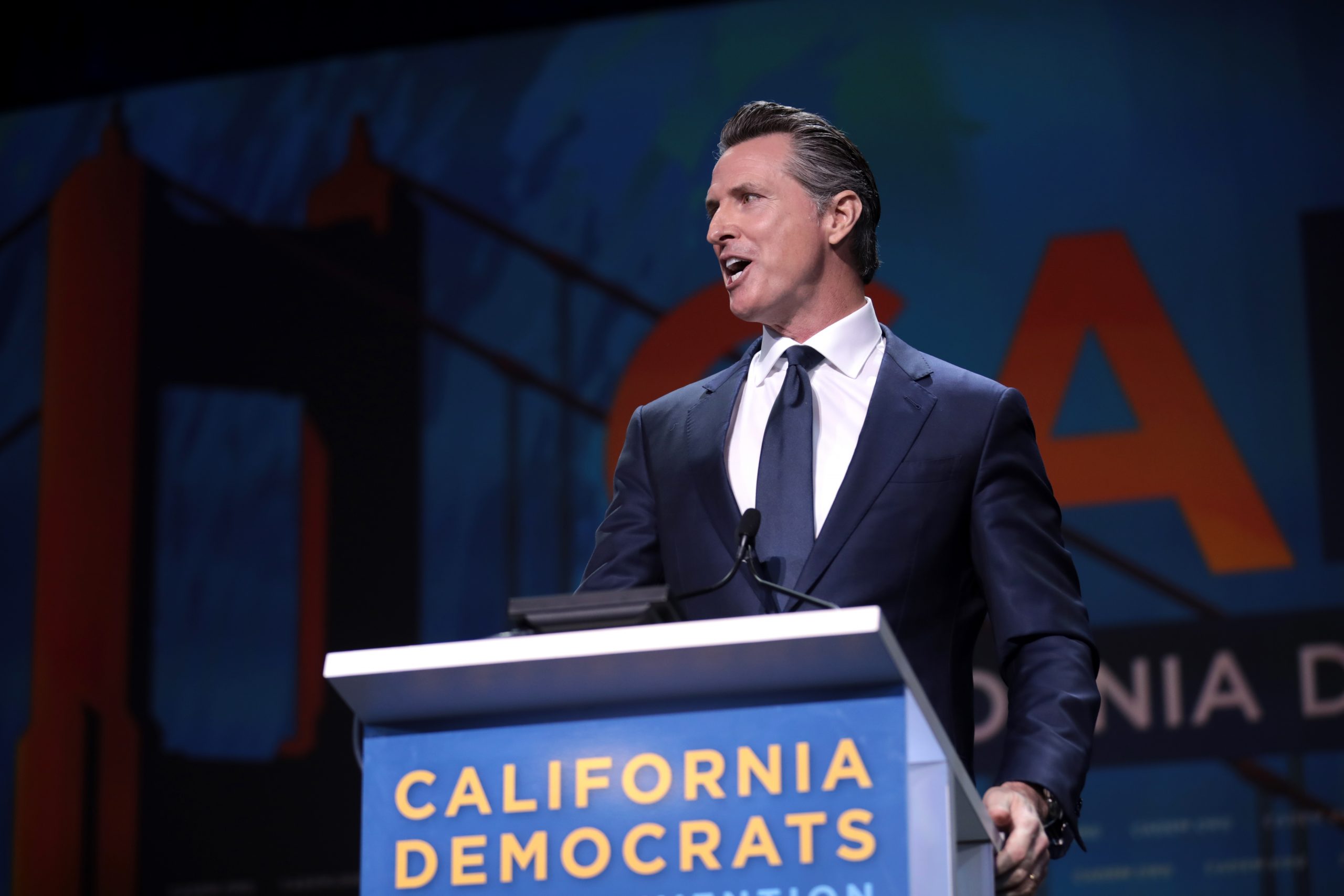 “California is radioactive,” said Karen Anderson, founder of the Facebook group “Freelancers Against AB5,” a protest group aiming to repeal a state law classifying most California freelancers as employees in order to guarantee certain job benefits.  But contracting agencies in the digital age can go elsewhere for talent, especially during the COVID-19 pandemic.

“We have screenshots of over 300 termination letters from various platforms and agency businesses terminating, saying we can’t work with you because you live in California,” said the advertorial writer. “Not just writers, [but] also transcriptionists [and] online video tutors are being turned down across the board.  With COVID’s stay-at-home, Californians are discriminated against, while everywhere else people can pursue online work legally. It’s an outrage. California writers have already lost all their gigs.

“California needs to suspend AB5 during this pandemic,” Anderson said, “so when we crawl out of the wreckage of the stay-at-home order, we can survive without having a stranglehold on entrepreneurship and a boot on the neck of small and medium-sized businesses. How is California going to recover from AB5 strangling everybody?”

California Gov. Gavin Newsom, a Democrat, signed the bill into law in September, reclassifying large numbers of gig workers as employees rather than independent contractors. The legislation is anchored on the idea that workers deserve guarantees of minimum wage, overtime pay, health insurance, paid vacation and sick days. The AB5 law took effect on New Year’s Day, just prior to the COVID-19 pandemic hitting the U.S.

The nationwide economic impact brought on by the pandemic has shuttered businesses across the country, with 30 million workers filing

unemployment claims as of April 30. The official rate in California is trending upwards of a record high of 15% – not counting the underemployed and unreported. With AB5 already causing concern among California’s self-employed even before the virus hit, now the pressure is on for a timely reversal, at least for certain professionals who are vying for a pandemic-related suspension with the long-term goal of repeal.

“If we grant that there were good intentions behind the bill… you can have the right goal and the worst possible way to go about it,” said David Higbee, a certified court interpreter affected by the new law, citing bait-switching, intellectual dishonesty and emotional manipulation as the means by which the assembly bill was passed.

Higbee could be making around $60 an hour, possibly more, given his decades of experience. Meanwhile, the rideshare drivers for whom the bill was largely written are taking home a median hourly rate of $8.55, based on Uber’s 2018 reports. That year, the multinational corporation reported gross bookings of $50 billion on a business model expecting net losses at the outset to expand into areas including food delivery, bike sharing, scooters and driverless cars, ultimately cornering the transportation market. The entire concept is based on subsistence-level wages or worse for the labor pool.

Proponents of AB5 also say it aims to eliminate agencies and cut out the middleman, borrowing the term “labor brokers” from John Steinbeck’s “Grapes of Wrath,” who exploit workers by charging hefty fees and leaving the labor corps with mere shavings. In Higbee’s field, however, agencies bring him the clients, manage websites, track payments and do things a translator/interpreter would lose money doing. So he joined Anderson’s Facebook group in mid-November last year. Since COVID-19 gripped the nation, the group’s membership has swelled to 17,500.

Higbee said even if the bill had been passed to protect the vulnerable, the Uber and Lyft drivers he has spoken to have either not heard of AB5, or, upon learning of it, insist that they don’t want to make less money by being classified as an employee, even if employers are forced by law to provide benefits. They want to make choices with the money they earn. “But that’s just anecdotal,” he said.

Equally anecdotal, said Higbee, was the basis for the decision on signing AB5 into law. “No impact study was conducted. There were no economists.” He described the move as an “awkward type of protectionism for people who are laborers” in a nuanced California economy complicated by its international reach at all levels of trade. “They’re applying that label to everyone. Everyone is labor. Honestly, there are so many unique professions out there that cannot simply be called ‘labor,’” he said. “We’re not commodities.”

The pro-union politician who wrote the bill, state Assemblywoman Lorena Gonzales, had the backing of the AFL-CIO and the Democratic Party, so all manner of part-time workers ended up subject to what Anderson referred to as arbitrary bureaucratic classification.

Anderson claimed that everyone from wedding planners to community orchestra musicians have been left jobless as a result of AB5, and, in her case, businesses choosing to contract with anyone but California-based online writers. Rideshare drivers are but a slice of the labor pie, she said, so independent enterprises in myriad fields from arts to medicine are folding under the pressure, able to pay neither employee benefits nor fines for worker “misclassification” ranging from $5,000 to $25,000 per violation.

Gonzalez called out Uber’s CEO in March for requesting exemption from federal and state labor laws and accused the rideshare giant of exploiting the pandemic to undercut worker protections.

“It shifts Uber’s massive tax obligations onto law-abiding businesses and taxpayers, forcing the public to shoulder the cost when misclassified workers are left without an adequate safety net,” she said in a statement.

That is the kind of behavior prompting support for such labor reforms in states beyond California. Having more than just family-related interests in California, longtime labor organizer Lorraine Chavez, best known as a spokesperson for the “Fight for 15” movement, which advocates for a federal minimum wage of $15 per hour, said she watches California’s legislative changes with interest.

“The vast majority of ‘independent contractors’ are very low-wage…. The Great Recession created a vast hollowing out of these jobs, and the so-called ‘recovery’ did NOT replace them,” the Chicago-based policy analyst wrote in an email to Zenger News. “This legislation is an attempt to raise the bar for employment and to counteract the ongoing deterioration of job conditions, which in the long run are unsustainable.”

Responding to pushback, Gonzalez announced amendments in recent months, including a measure allowing one musician to contract with another. Prior to the amendment, the law would have punished the musicians for not classifying one as being in the employ of the other.

Similar provisions have been added to accommodate journalists, photographers, editors and freelance writers previously limited to 35 submissions for a single hiring entity per year before being required to classify as employees. The cap was removed, but a contractor is not permitted to replace an employee position, and strictures were added to benefit the freelancer working under contract, such as a specified rate of pay, detailed intellectual property rights and a defined time by which payment is received.

Yet, even as a self-employed writer for whom the changes were implemented, Anderson referred to these add-ons as a recipe for Swiss cheese, not a coherent or helpful law. She cited existing legislation for low-wage laborers following the Dynamex decision in 2018 by the California Supreme Court after a national package-delivery company reclassified couriers as independent contractors. AB5 codifies the court’s decision.

But such reforms would have to be rolled out across the national economy in order to have the intended effect of raising the living standard of vast numbers of low-income workers and those hanging on to a middle class existence that in previous generations was taken for granted as attainable.

Anderson pointed out that a national version of AB5 passed in the U.S. House of Representatives in March.

“If we had a Democratic Senate and White House,” she said, “the U.S. might have such a scenario.”

«Previous Post
Coronavirus may kill unicorns: High-value tech startups could see blows to valuations»Next Post
Love in the time of coronavirus: One circus couple finally gets time together