Popcorn with Zenger: Lukewarm leads and little laughter in ‘Lovebirds’

Kumail Nanjiani has to carry the comedic load while Issa Rae gets cringe-inducing lines. 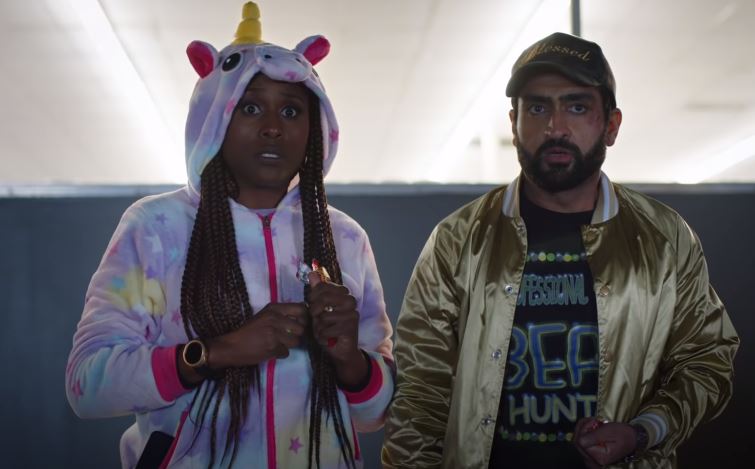 Remember comedy? Remember romance? Remember when movies made you believe in love?

Eight minutes  into “The Lovebirds,” it’s clear the new Netflix offering is the type of romantic comedy two unmarried, middle-aged Canadians would write for a major studio. But Paramount Pictures sold the rights to Netflix to avoid being on the hook for $16 million dollar bust, a decision that likely has the studio laughing to the bank.

When you have a film industry that fundamentally lacks the understanding of how comedy works and mixes that in with their inability to create a believable romance, you get “The Lovebirds.”

Set in New Orleans, Issa Rae and Kumail Nanjiani star as couple Leilani and Jibran, whose honeymoon phase ended long ago. After four years of dating, the love is gone—if it was ever there to begin with.

But before the couple can cut their losses and call it quits, they are framed for a murder they didn’t commit. On the run from the law, Jibran and Leilani get tangled up with a criminal syndicate with information that can clear them. Together, they must find the real killer or risk spending the rest of their lives in prison.

In a good movie, physical comedy can be the special ingredient to a gut-busting good time. In a bad comedy—when the written jokes miss the mark more than Ray Charles at a gun range, and he’s dead—it becomes the only humor on offer.

The film manages to get right that Rae and Nanjiani have no chemistry on screen as a couple. At no point does the viewer believe their relationship, so they make that shortcoming part of the story. Jibran and Leilani are separated from the beginning, all they do is fight and within the first five minutes they come to the realization that they make a terrible couple.

Their on-screen relationship has no shred of realism, nor does it attempt to — making “The Lovebirds” a rom-com with no rom or com. Had the coronavirus outbreak not have happened, perhaps this film would have gotten away as a date-night flick. But two months into quarantines and stay-at-home orders, and there’s no duping the audience.

Nanjiani is tasked with carrying the comedic load, but much like last year’s financial and critical flop “Stuber,” he simply isn’t the right guy for the job. Rae makes the film somewhat tolerable but she also suffers from not having the ability to make any of the cringe-inducing lines she is given—including a “Who Let the Dogs Out?” reference—humorous.

The only winners in this project is CBS show “The Amazing Race,” which got a nice chunk of advertising for the upcoming season of their show thanks to the Paramount connection.

There aren’t many other ways to slam a film without taking it up to a tall building and tossing it from the roof against its will. “The Lovebirds” is a bullet dodged for Paramount and a cinematic flop for everyone else.

See or Skip: If you love to watch Kumail Nanjiani get hurt, you’ll laugh a lot at this film. If your standard for comedy is higher than a third-grader’s, don’t waste your time.

«Previous Post
VIDEO: Violence, arrests in New York City amid wave of protests»Next Post
Love in the time of coronavirus: One circus couple finally gets time together