The loudest and most repeated message in New York City’s protest was ‘No justice, no peace.’ Protesters rallied in a number of cities nationwide. 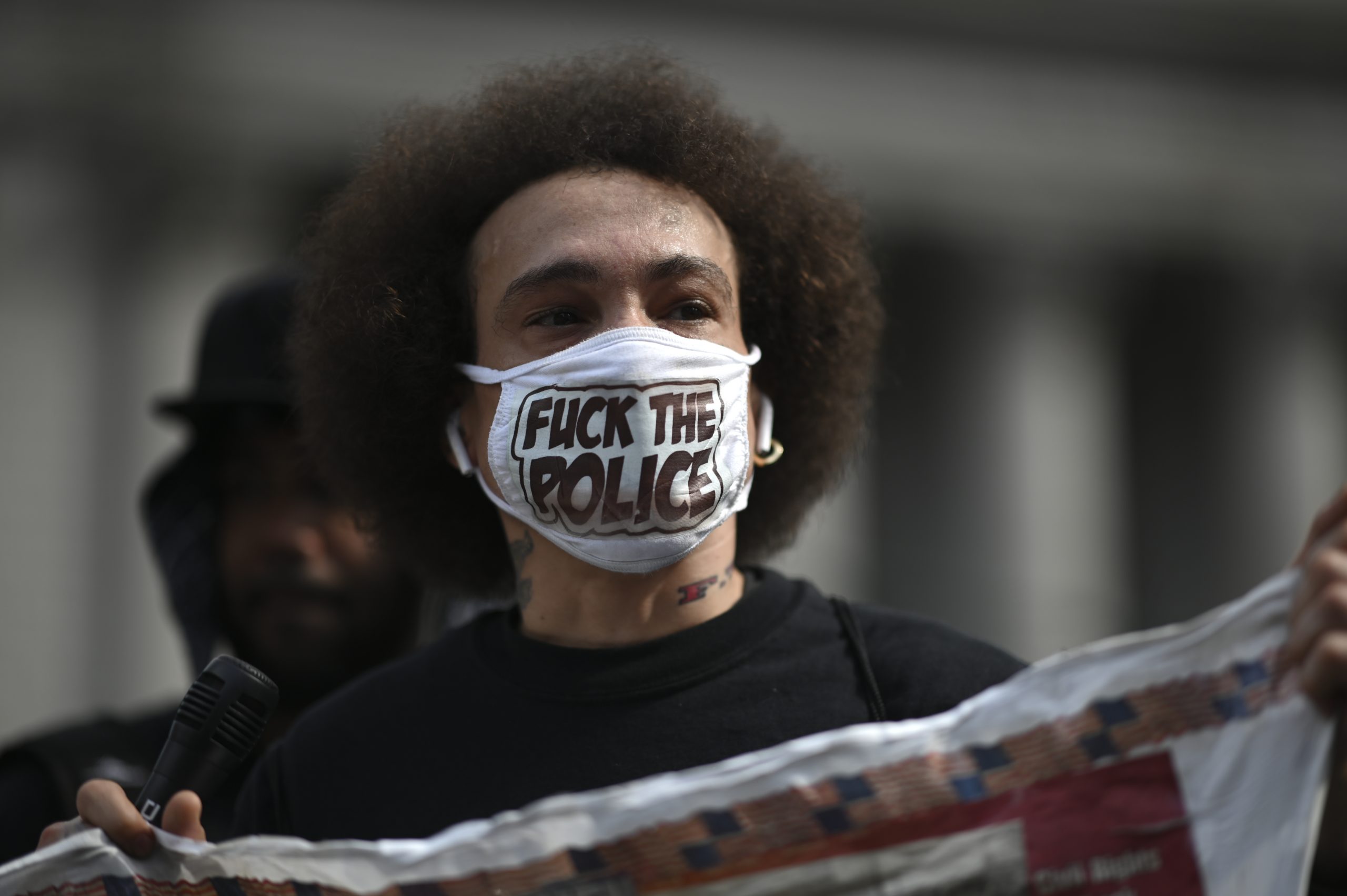 NEW YORK, NY - Thousands of activists and protesters took to the streets of New York City Friday to speak out against police brutality and to show solidarity with George Floyd, the Minneapolis man choked to death earlier this week. The protest, which began in Foley Square before moving north to Centre Street and White Street began largely peacefully, but ended with at least nine arrests as activists clashed with officers from the NYPD. Photos by CS Muncy

Thousands of activists and protesters took to the streets of New York City on Friday to speak out against police brutality and to show solidarity with George Floyd, the Minneapolis man choked to death earlier this week.

The first of two major protests began around 4 p.m. at Foley Square in Lower Manhattan before moving north to Centre Street and White Street, with the largest group leading a standoff with the New York City police in front of the Manhattan Detention Complex and the New York Criminal Courts Building.

Throughout the march, protesters, many wearing medical masks and gloves to avoid possible infection from the virus that causes COVID-19, shouted slogans such as “I can’t breathe!” and “Shut it down!” The loudest and most repeated message was “No justice, no peace.”

Standing in solidarity with the protesters in the center of Foley Square was the mother of Eric Garner, who died in New York in 2014 after being put in a police choke hold.

As the afternoon turned into early evening the protest became more tense, as water bottles and various objects were thrown at officers. One protester managed to spray-paint “FTP” on one New York Police Department van, and George Floyd’s name on the side of the jail, though several protesters in the crowd tried to prevent her from doing this. As a second, smaller group rejoined the main protest and remained in the streets, the police began moving in with pepper spray and making arrests.

Mayor Bill de Blasio held a press conference in which he promised the NYPD would respect the rights of protesters. “Our police officers have been given clear instructions, as always: respect peaceful protest. We in this city have a long history of respecting every kind of viewpoint.”

As the evening wore on, a second large protest began at the Barclays Center in Brooklyn. Thousands gathered in front of the sports arena, many clashing with officers who had set up barricades to prevent access to the site. Police used their batons on protesters, making numerous arrests before the event was over.

The protests in New York were just one among dozens of cities holding similar rallies, and remained otherwise largely peaceful compared with Atlanta, Charlotte or Minneapolis.

Floyd, a 46-year-old from Minneapolis, was killed during his arrest on Monday. Video taken from the event showed a white officer kneeling on the back of his neck, sparking outrage and protests around the country. Former Minneapolis Police Officer Derek Chauvin was arrested Friday afternoon, though the other officers involved in Floyd’s death have not yet been charged.