VIDEO: Arrests in DC as activists take to the streets to support Minneapolis protesters

“Burn that flag,” chanted some participants as a group of young activists soaked an American flag with lighter fluid and set it ablaze. 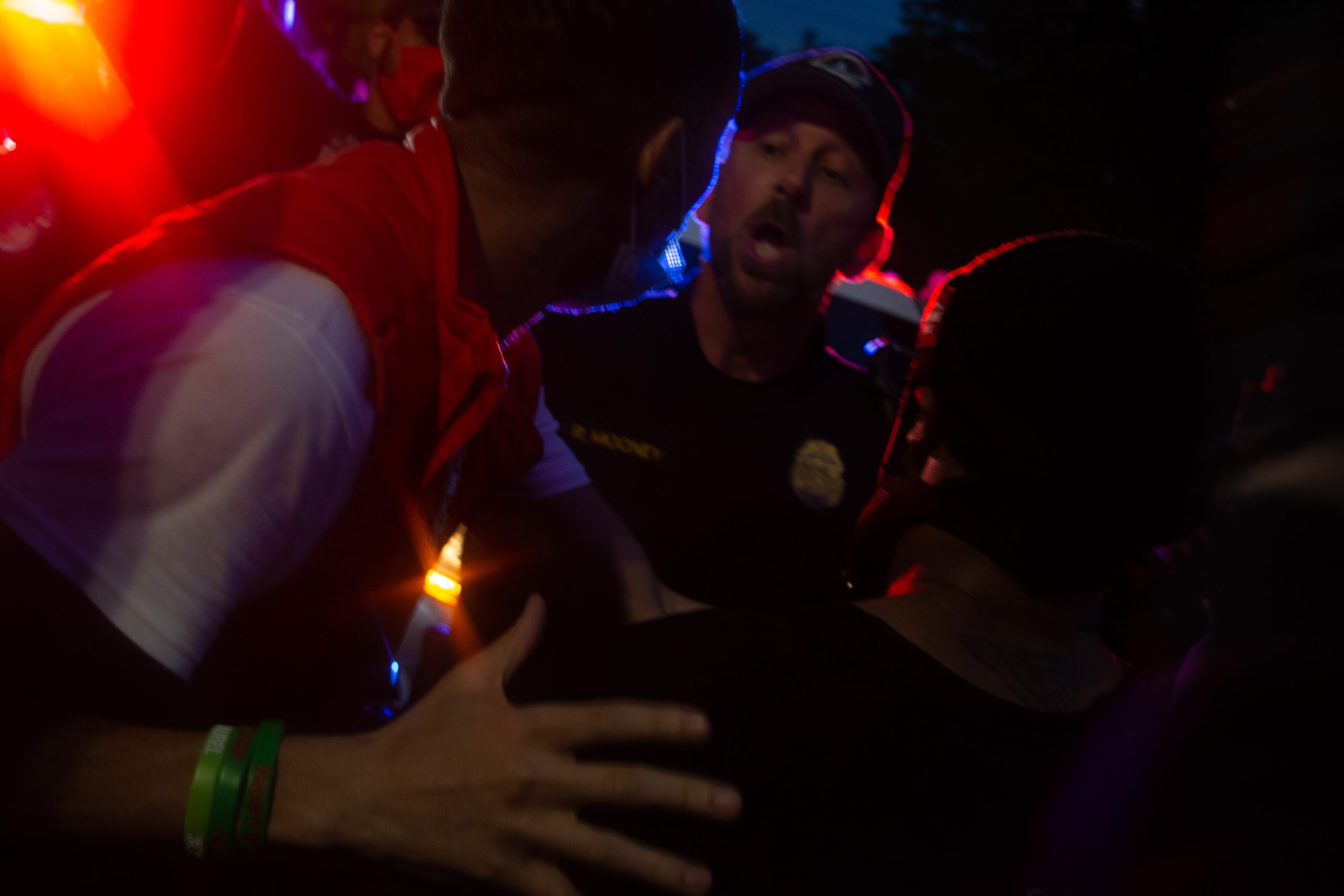 Police confront protesters in Washington D.C. on May 29, 2020 at a solidarity rally for activists in Minneapolis who are rioting after the death of black man George Floyd in police custody. (Ford Fischer/Zenger)

Multiple arrests occurred as hundreds of activists marched throughout Washington D.C. for George Floyd and his supporters Friday evening.

“We are standing in solidarity with our people in Minneapolis,” said event organizer Joella Roberts.

“I want to remind you that the system that George Floyd was heading to was just as deadly,” she said, referring to the criminal justice system.

Protesters began about a mile north of the White House. When they arrived at Lafayette Square, a public park directly across the street from the White House and a common protest spot, at least one activist was hurt and arrested.

“Burn that flag,” chanted some participants as a group of young activists soaked an American flag with lighter fluid and set it ablaze.

At least one additional arrest occurred as activists tore down barricades dividing the White House and Lafayette Square.

The hundreds of participants ultimately marched to the Capitol, where another confrontation occurred with police. This time, as they surrounded two squad cars, officers pushed them back, threatening to deploy mace.

“Fuck Trump,” chanted the crowd as they arrived at the Capitol before dispersing into Eastern Market.

Chauvin was charged Friday with third-degree murder and manslaughter after three nights of rioting burned down and looted dozens of buildings in Minneapolis.

Widely seen video footage showed Chauvin kneeling on Floyd’s neck for minutes as he pleaded that he couldn’t breathe. Floyd was pronounced dead at a nearby hospital.