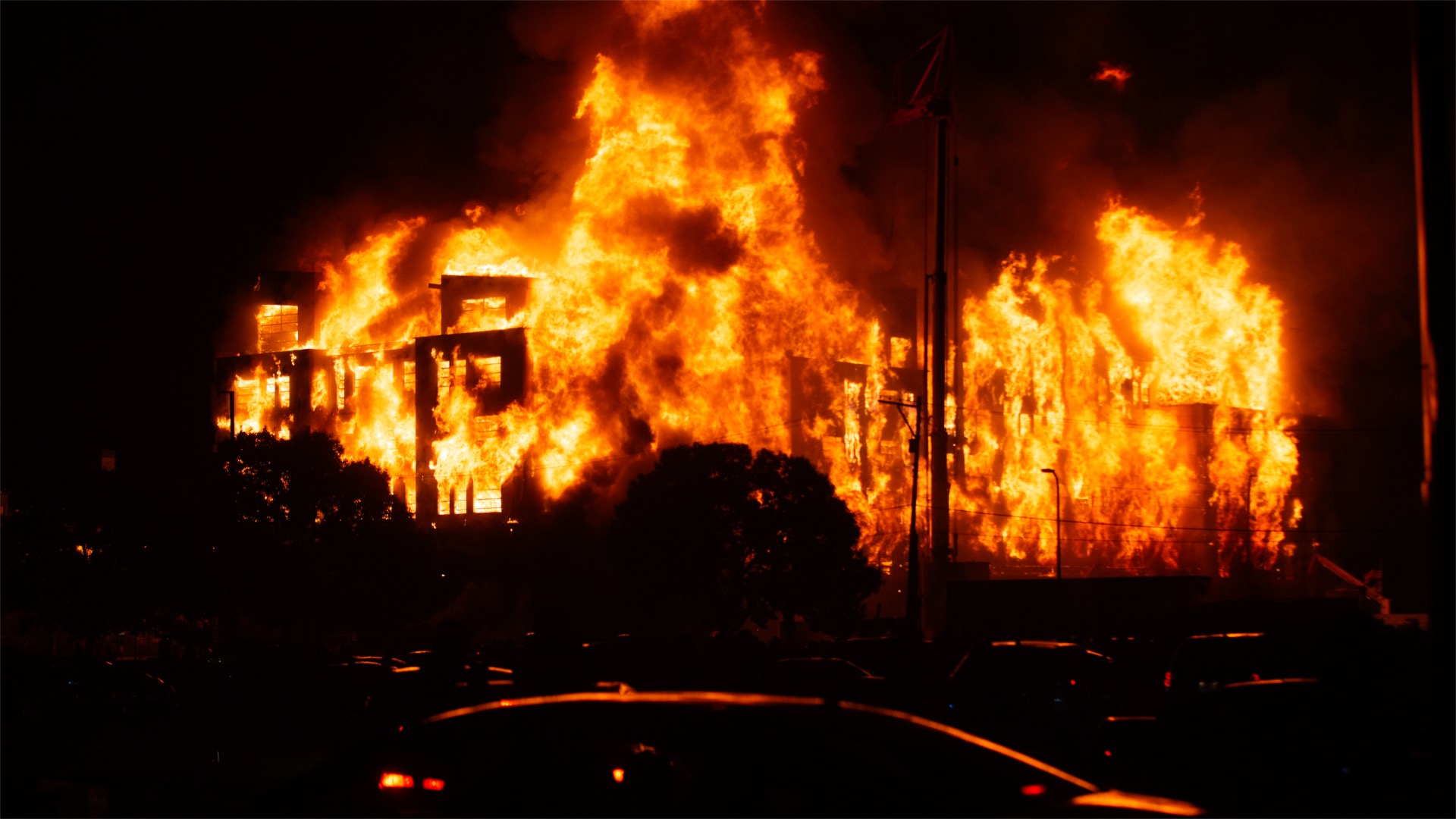 A 190 unit affordable housing complex that was under construction burns after it was set on fire during a riot over the police killing of George Floyd in Minneapolis on May 28, 2020. (Chris Juhn/Zenger)

Smoke billowed high over Minneapolis on Wednesday night as anti-police protesters vented their anger over a black man’s death with looting and arson.

Chauvin was a 19-year police veteran whose career has been pockmarked with other allegations of excessive force including three shootings. One was fatal.

As his past percolated through local and national news media, the protests turned more violent.

Fires consumed an auto parts store, a Wendy’s restaurants and an affordable housing complex that was expected to house hundreds.

Sprinkler systems saved at least two grocery stores from burning to the ground, but other businesses were at the mercy of the flames.

Widely seen video footage showed Chauvin kneeling on the 46-year-old Floyd’s neck for nearly nine minutes as he complained that he couldn’t breathe and pleaded for his life. Floyd lost consciousness at the scene, and was pronounced dead at a nearby hospital.

The FBI and law enforcement agencies in Minnesota have launched investigations. The city of Minneapolis fired Chauvin and three other officers.

“Why is the man who killed George Floyd not in jail?” he asked. “We cannot turn a blind eye. It is on us as leaders to see this for what it is and call it what it is.”

Some protesters made their way to Chauvin’s home on Wednesday, scrawling the word “murderer” on his driveway in chalk.

Others wrote “I can’t breathe” in red spray paint, the words Floyd is heard saying on the video of his last conscious moments.