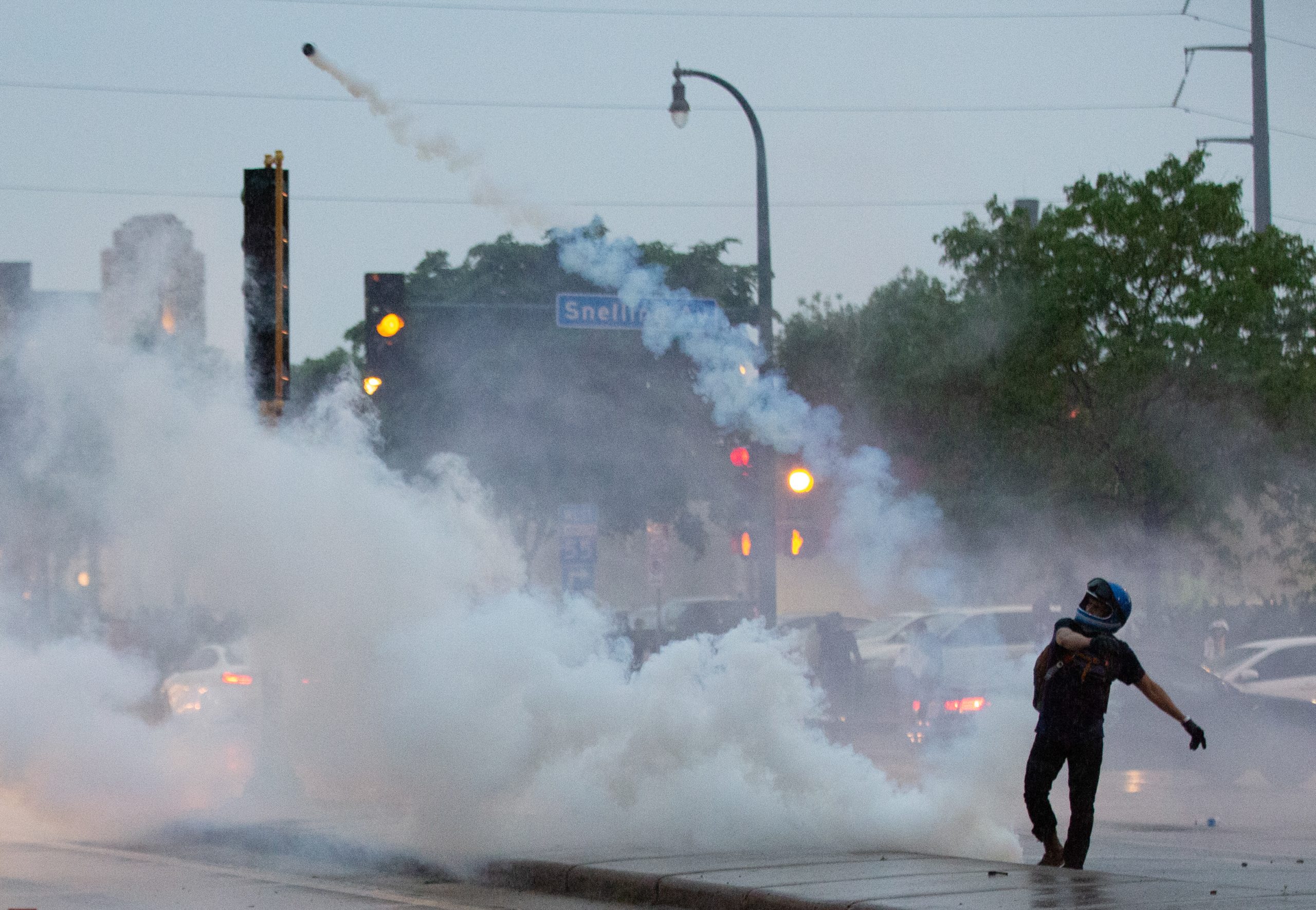 A protester throws a canister of cs gas back at police during a protest over the killing of George Floyd in Minneapolis on May 26, 2020. (Chris Juhn/Zenger)

MINNEAPOLIS—Protests turned violent on Tuesday as anti-police activists smashed windows and vandalized police cars in response to the death of an African American man at the hands of four law enforcement officers.

George Floyd died Monday after his arrest outside Cup Foods, a Minneapolis restaurant that reported a customer who paid for a meal with a counterfeit $20 bill. Widely circulated videos of the incident show a handcuffed Floyd on the ground with a white officer’s knee on the back of his neck, his pleas for help ignored.

Thousands of protesters descended on a police precinct a day later. Some spray-painted patrol cars, slashed tires and broke windows.

Police responded with tear gas canisters after the crowd broke through the gate that protected more vehicles. The standoff lasted until 5:00 a.m., with demonstrators hurling bricks and other objects at police.

Protesters had walked more than 2 miles from Cup Foods, organized by activists who would later try to keep the march peaceful.

“Being black in America should not be a death sentence. This officer failed in the most basic human sense,” Minneapolis Mayor Jacob Frey said in a press conference.

“Four responding MPD officers involved in the death of George Floyd have been terminated. This is the right call,” Frey tweeted.

Nekima Levy-Armstrong, a community organizer, first called for a protest on Facebook.

“Friends, Please wear your masks and join us if you can in demanding justice for the Black man who was unjustly killed by Minneapolis Police yesterday in broad daylight,” she wrote.

“We can’t escape police violence even in a global pandemic.”

Police Violence Against Women In Zimbabwe Increases With Impunity During Pandemic