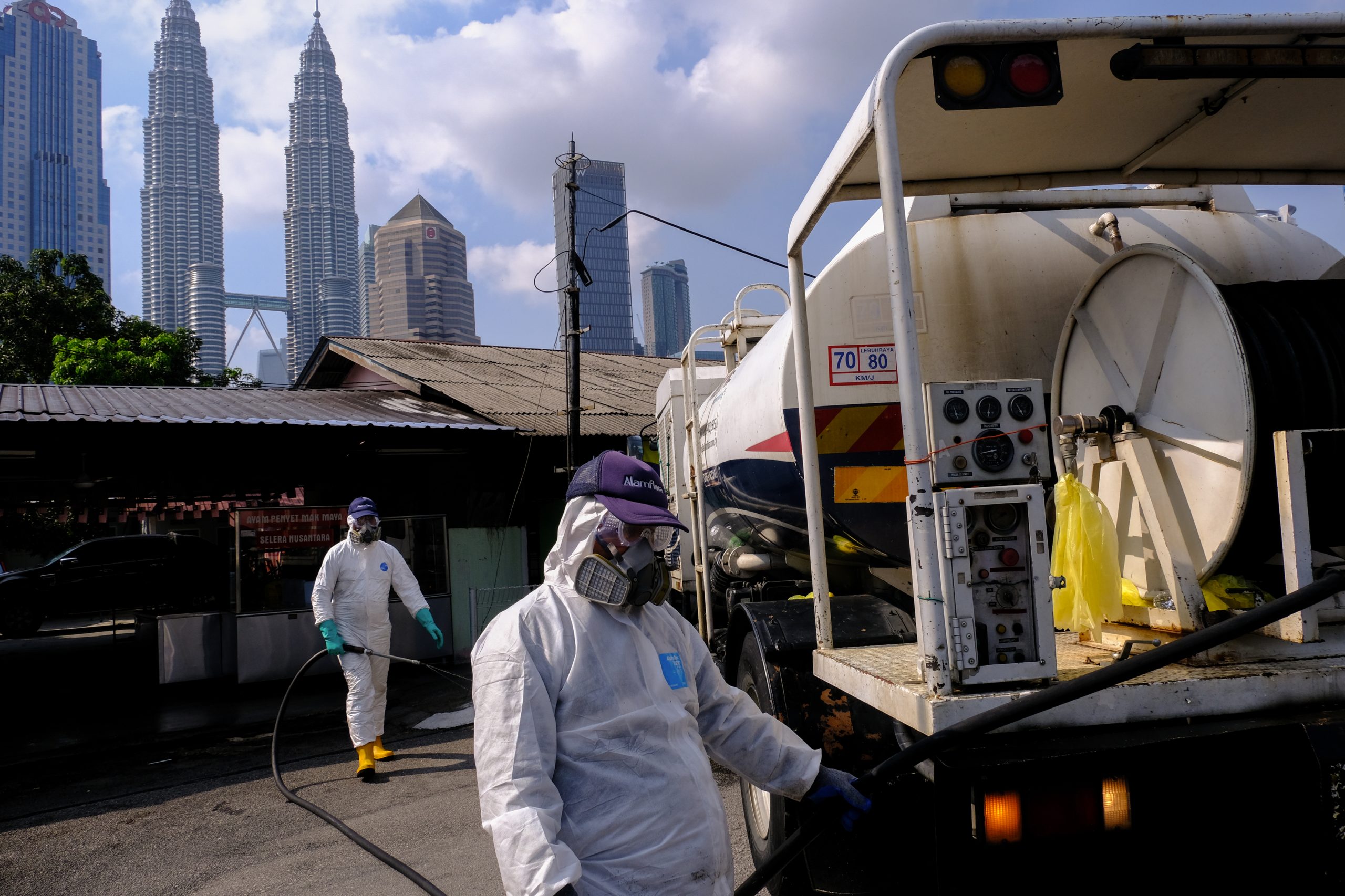 A Health worker wearing a protective suit and a mask sprays disinfectant at a Kampung Bahru area in Kuala Lumpur, Malaysia on March 31, 2020. Photo by Samsul Said.

Malaysia’s approach to pandemic control is unavoidable and unforgiving.

Homeless Malaysians have access to shelters with enough room for social distancing.

But for Rohingya refugees, ethnic minorities from Myanmar, indoors can mean a dilapidated steel shipping container.

Some sleep under bridges, defiant by default. Others idle in camps, where COVID-19 has just begun to arise.

This is how they live now, more than 100,000 of them, according to the United Nations Refugee Agency. The Rohingya people now in Malaysia fled what the UN’s human rights chief called a “textbook example of ethnic cleansing” in Myanmar.

They made it across the border with Bangladesh, and by boat to Malaysia. But virus or no virus, they have no right to health care here.

New waves are now turned away when they arrive by sea. Those who beat the odds and make it to Kuala Lumpur face hatred and threats of violence from Malaysians who believe they brought the deadly plague ashore.

Food and other supplies are hard to come by, and often passed through barbed wire to loved ones inside pitiless perimeters, stuck in housing projects that are inhospitable in the most ordinary of times.

Malaysia’s disease control plan raised more eyebrows than vocal protests, despite a constitution that guarantees “freedom of movement.” The document was written just 63 years ago—late enough to contemplate an exception for public health.

Empowered by that loophole, the iron-fisted approach seems to be working.

In a nation of 31.5 million people, the official death toll of 115 would barely register as a blip on the United States’s radar.

Malaysia can feel oppressive. The U.S. can feel deadly. The world can feel like it’s due for a change.

Confused and weary is the way we live now.