The sinks are just the latest way Terence Lester is trying to help homeless people.
By Curtis Bunn May 26, 2020
Facebook
Twitter
Linkedin
Email 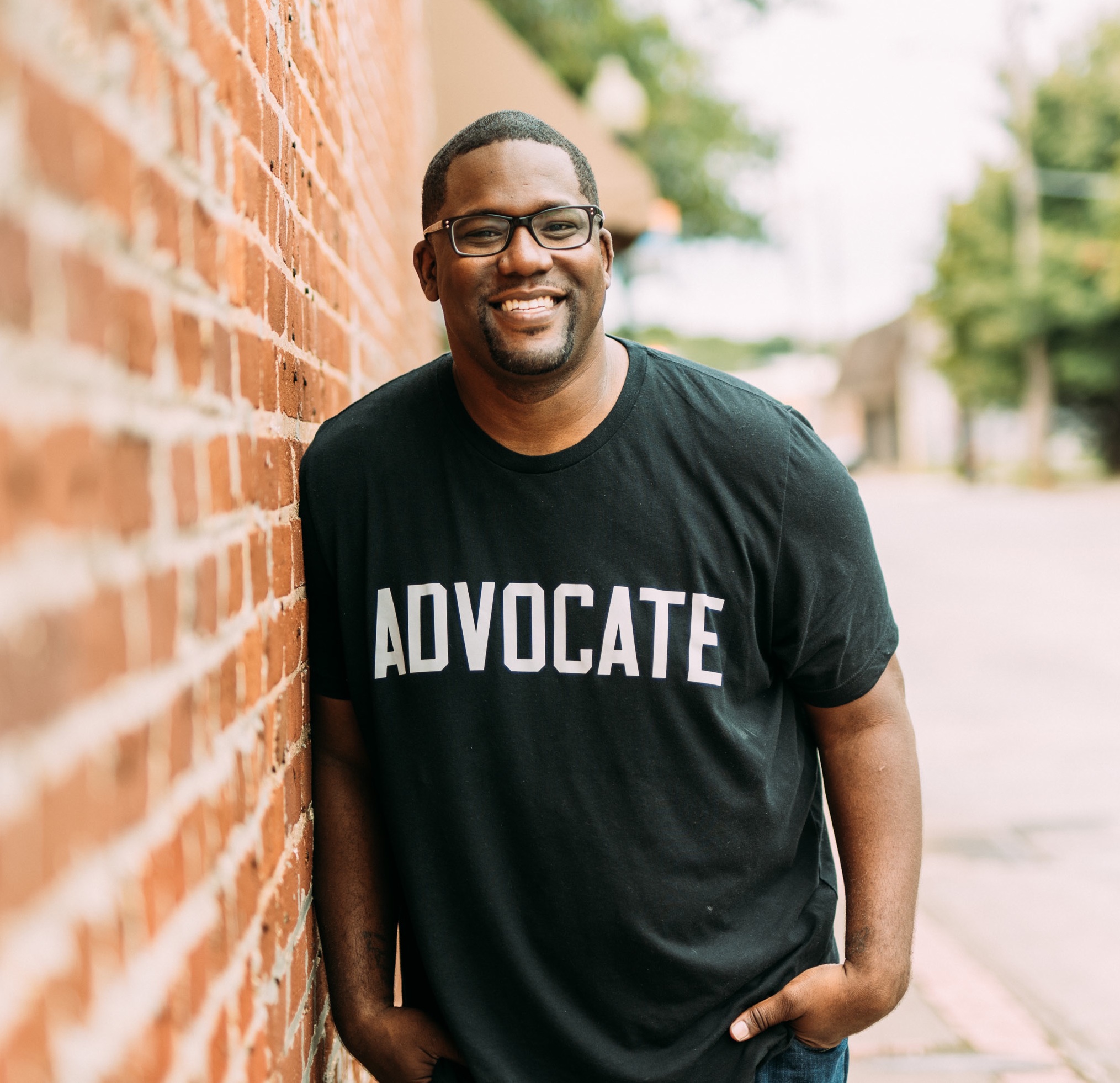 Terence Lester has slept on the streets of Atlanta and walked hundreds of miles in order to bring more attention to the issue of homelessness. So when a homeless man told Lester how difficult it was for people living on the streets to wash their hands to avoid catching or spreading the coronavirus, it was only natural for Lester to spring into action.

Lester, a 37-year-old former pastor, knew that people experiencing homelessness often rely on public places like restaurants, libraries, and stores to wash their hands. With those places closed down due to the pandemic, and with hand hygiene more important than ever, Lester decided the solution was to buy portable sinks and distribute them in public places where homeless people tend to gather.

The result was Love Sinks In, a campaign of Lester’s Atlanta-based nonprofit, Love Beyond Walls, which advocates for homeless and underserved populations.

Lester located a vendor in Florida that produces portable hand-washing stations that carry five gallons of water and come with hand soap. The sinks cost $100 each and have been paid for primarily by donations. Gospel rapper Lecrae purchased the first 15 of the 51 sinks that Love Sinks In has placed under bridges, in parks, and in other locations around Atlanta where the city’s 3,200 homeless residents gather.

Lester has been working with shelters and meal service companies to figure out the best locations for the sinks, and says he has seen “a show of sincere gratitude from those who use them.”

The concept has been so well received that Lester has been recruited by homeless advocates in other cities to bring Love Sinks In to locations including Chicago, Dallas, and Austin; San Bernardino, California; Birmingham, Alabama; Columbus, Ohio; and various locations in New York, Nevada and Utah.

Lester said he would like to see portable sinks become mandatory in cities with large numbers of people who are homeless.

“It’s deeply gratifying,” Lester said of his work on Love Sinks In. “But I’m always thinking: Can we do more, get people involved in this issue of homelessness?”

That’s the basis of Lester’s work with Love Beyond Walls. Lester was inspired to create the organization with his wife, Cecilia, after he voluntarily spent several days living on the streets of Atlanta seven years ago, with no money or resources, in order to witness firsthand some of the challenges of homelessness.

Lester estimates that he has helped 319 men get off the streets by reuniting them with family or getting them placed in shelters, and Love Beyond Walls offers a wide variety of programs for individuals and families living on the margins. Its Mobile Makeover program provides hair care and grooming services; the Mobile Stay program offers up the organization’s mobile home to temporarily shelter one person or family at a time; Closet of Hope provides clothing for community members and school uniforms for students; the Free Laundry Room offers a place to wash clothes with dignity; Free Water Bins offer water at no cost; and Love Feeds, a program run in partnership with Warehouse of Hope, provides monthly groceries for up to 500 families in need a month.

Lester also worked to raise awareness of homelessness when he walked some 630 miles in 56 days from Atlanta to Washington, D.C. for the 2016 March Against Poverty. He lost 30 pounds in the process.

“It’s made me believe in people again,” said Ali Brathwaite, a videographer for the event. “It’s definitely changed my mindset on [the idea] that we still have good people in the world.”

Lester walked from Atlanta to Memphis, about 330 miles, for the same cause in 2018. Before COVID-19 struck, he had planned to walk the length of California in March.

Johnny Taylor was a support driver during Lester’s long-distance treks, following him as he walked or scouting ahead to make sure the path was safe.

“Since Day 1, Terence has given all he can to homelessness, raising awareness and making this a part of the conversation,” Taylor said. “He’s been doing this way before the media caught word of his works. Living under a bridge, walking for hundreds of miles … it takes a physical toll and emotional toll on you. But he’s committed.”

Lester, a father of two, has also written a book on the realities of homeless called “I See You: How Love Opens Our Eyes to Invisible People.”

“I want readers to see the humanity in the homeless,” Lester said. “We’re definitely on the front lines. This is what we do and it’s work that needs to be done.”