A lawyer and a former prosecutor remain ‘cautiously optimistic’ that justice will be served.

Trelvis Randolph wakes up and does the same routine before work practically every morning. The 51-year-old lawyer and former public defender takes his early-morning jog through various Miami neighborhoods and along the ocean.

“I get lost in my thoughts and the beauty of my surroundings. I think about my timing. I think about my pace. But today I had other thoughts that don’t usually creep into my run,” Randolph wrote in a post on law.com. A similar piece ran as an op-ed in the Miami Herald.

“I also wondered if Ahmad [sic] Arbery had these thoughts as he went for a run on February 23rd.”

Like others across the nation, Randolph has been closely following the Ahmaud Arbery shooting case. As an attorney, Randolph, as well as other black law professionals, is hopeful that justice will be served.

Arbery, 25, who was reported to be unarmed, was fatally shot during his afternoon jog in the Satilla Shores neighborhood in Brunswick, Georgia. Two men confronted him with two firearms, according to a statement from the Georgia Bureau of Investigation. The men, who are white, have said they believed Arbery was responsible for some break-ins in the area. Another resident captured the shooting on video, which went viral.

Seventy-four days later, on May 7, Gregory McMichael 64, and his son, Travis McMichael, 34, were arrested and charged with murder and aggravated assault. On May 9, according to the GBI’s statement, its office was reviewing additional video footage and photographs related to the incident.

The man who took the video, William “Roddie” Bryan Jr., 50, was arrested on May 21 as an accomplice and charged with murder and attempt to commit false imprisonment.

The disturbing video footage of the shooting has become another focal point for addressing perceived racial injustice.

While Randolph said he was pleased to learn that the McMichaels were arrested and are being held without bond, he believes it took the release of the video, which garnered media attention, for the authorities to show cause for the arrests.

For Randolph, the most disturbing aspect of the case was what he said was the lack of procedure on the part of the police and local prosecutors.

“The first DA had to recuse herself from the case because the father [Gregory McMichael] worked as a police officer, an investigator at the DA’s office.  The second did the same. The third sought to convene a grand jury and would wait until middle of June,” Randolph told Zenger News.

“The second course of action is to make sure the charges are appropriate,” said Randolph. “And then we need to make sure that the police and prosecutors are doing everything they need to do to prosecute the case. We can’t do vigilante justice; it doesn’t do anybody any good. We have to do due process.”

The GBI took over the case on May 5, and the arrest of the McMichaels occurred within 48 hours. Local officials said due to the COVID-19 pandemic, courts are barred from convening grand juries.

Glynn County, the jurisdiction where the shooting happened, released a statement on May 9 about the February events. The statement said, in part, “The McMichaels were deemed not to be flight risks and officers were advised by the DA’s office that no arrests were necessary at the time. Detectives met with DA George Barnhill, Sr. of the Waycross Judicial Circuit the following day and reviewed their findings with him. DA Barnhill, Sr. advised detectives before noon on February, 24th that the act was justifiable homicide and for detectives to continue their investigation … .”

“Our office will immediately gather all materials related to the investigation thus far and continue to seek additional information to move this case forward,” Holmes said in a May 11 statement on the Facebook page of the Cobb County district attorney’s office.

Randolph said he does not know Holmes, but added, “I know that she is Republican and appointed by a Republican. The fact that she is black is a step in the right direction.  The optics are good.”

Melba Pearson, a Miami attorney, said she is a civil rights activist “because of cases like this. I learned about this case towards the end of April. My initial gut instinct was horror and disgust.”

Pearson is a past president of the National Black Prosecutors Association, of which Holmes is a member. She does not know Holmes.

Pearson, unlike Randolph, does not run daily, but she was inspired to participate in #irunwithmaud, a nationwide virtual campaign on May 8 to support and show solidarity with the Arbery family. Arbery would have celebrated his 26th birthday on May 8.

After being quarantined inside her house, sitting on a couch, Pearson found the 2.23-mile run to be a struggle.

“I remember thinking, I am going to die,” said Pearson. “Then I thought, wait a minute.  Somebody did die. And they died because of who they were and because of their skin color and what they represent. That made it personal for me.”

Pearson is supportive of Holmes’ appointment as prosecutor in the Arbery case. Like Randolph, she is following every detail of the case and staying “cautiously optimistic.”

“As an African American, you always have to be vigilant because you never know who will take you as a threat even if you are doing something innocuous,” said Pearson. 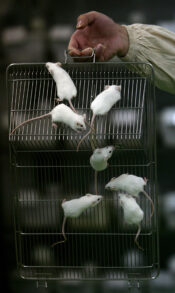