THE WAY WE LIVE NOW: Salvadorans under COVID-19 martial law

Central Americans stifle their ambitions to migrate north to the United States, staying put and risking arrest if they leave their homes without a government-sanctioned reason. With churches locked up, some say lonely prayers.
By Ford Fischer May 24, 2020
Facebook
Twitter
Linkedin
Email 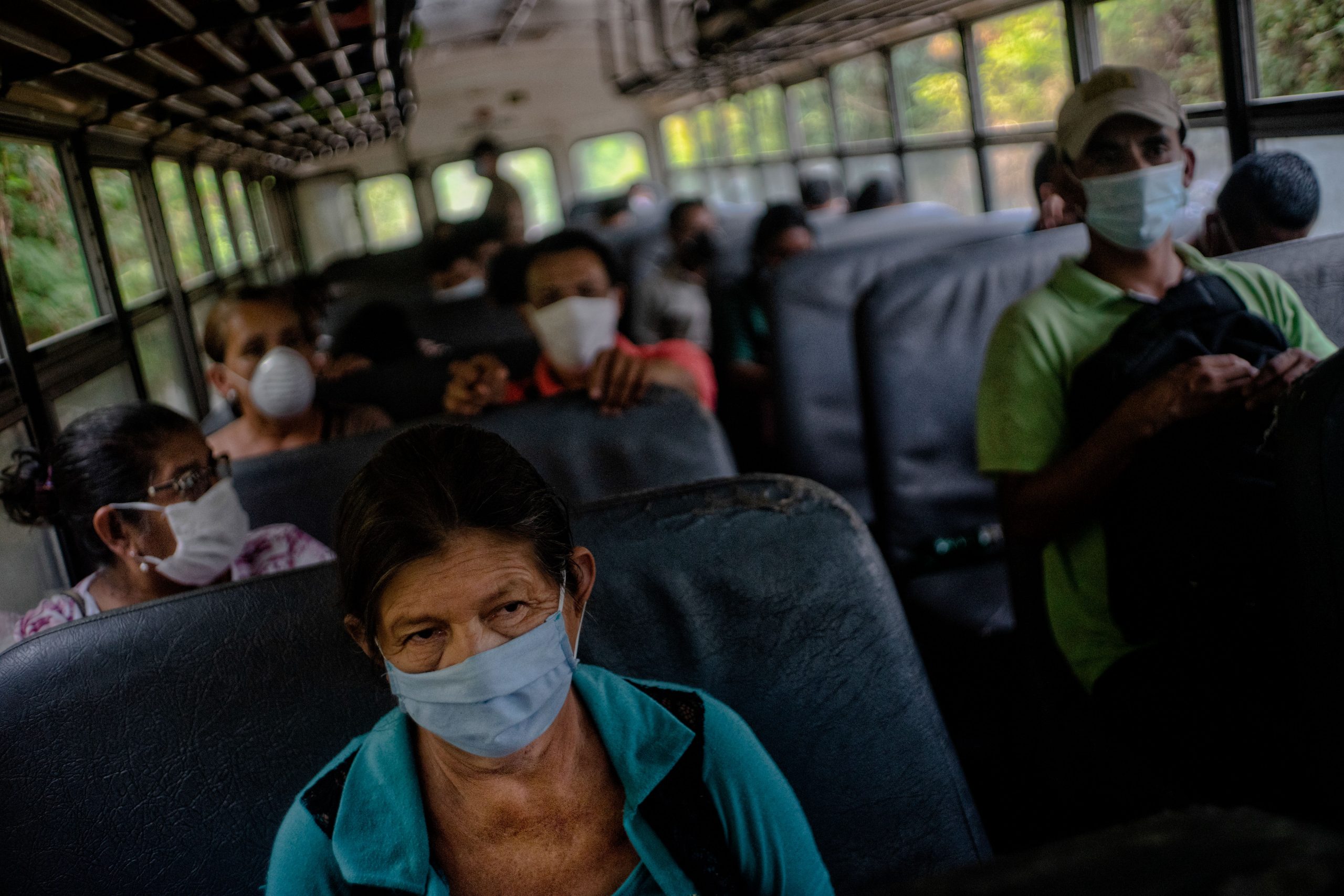 After being sprayed with disinfectant, riders sit apart and masked inside a bus on their way into the town of Tacuba, El Salvadoron April 25, 2020. (Juan Carlos/Zenger)

Scattered Third World testing delayed only the silent demon’s revelation but it was there, waiting patiently to be found.

The murder rate has plunged from twelve a day to five. The coast is clear but most in the Northern Triangle have stifled all thought of migrating north.

This is the way Salvadorans live now: wracked with fear that COVID-19 can follow them anywhere, and staying put by the millions.

The official head-count is nine dead and 377 infected. For now.

They enforce social distancing. They man checkpoints. They haul away the quarantine-defiant, more than 2,300 so far. Arrestees mark time in jails or sequestered with strangers.

The government owns them now. For walking or running or driving or shopping without say-so.

Those who venture out to buy approved goods are showered with disinfectant on the street before standing two yards away from the next in line.

Markets are stripped to bare essentials, even in the once-lively capital San Salvador. Buses still make rounds, but stop for passengers in front of spray-painted signs reading “Quedata en casa!”

Churches are locked, denied worshipers banned from congregating. A few, though, kneel on the pavement before the Virgin Mary, risking their freedom for one “Santa María, Madre de Dios.”

Their country, the size of Massachusetts, is named after Jesús. On its annual festival day, 495 years running, a sea of humanity hoists a statue through historic city streets—a likeness of Christ called “The Divine Savior of the World.”

The parade is an epidemiologist’s nightmare. August’s festival may be a cruel casualty this year.

The World lifts its eyes to the hills awaiting saving from no-one-knows-where. It looks up, it looks down, it prays and it waits.

Tired but faithful is the way we live now.