VIDEO: Truckers in 21-mile traffic jam for COVID-19 testing without food or water at Kenya/Uganda border

Some drivers hauling freight destined for Uganda, Rwanda and Burundi say they would rather see the border closed completely, so they could go home instead of going nowhere. 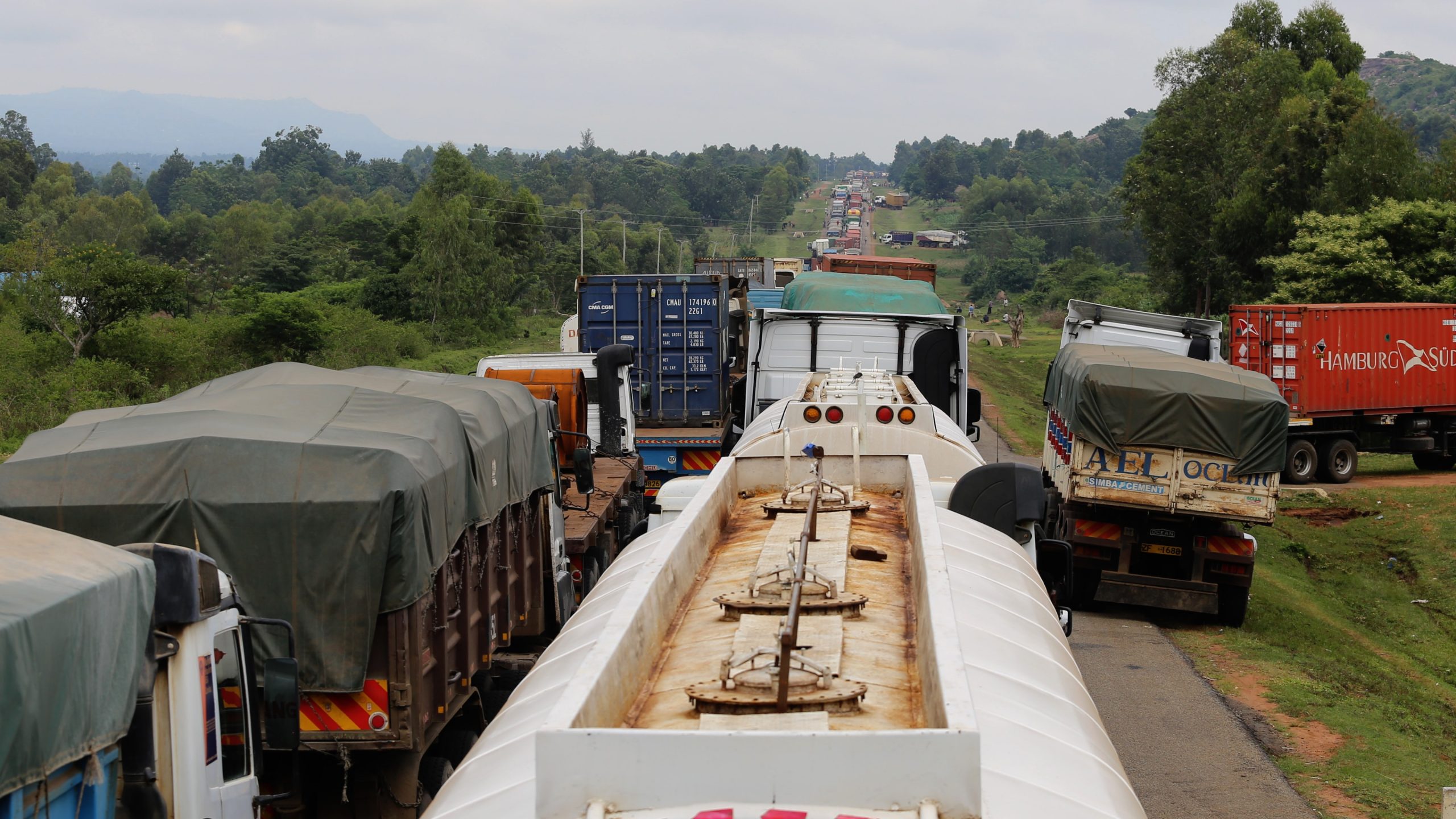 A 35 kilometer traffic jam on the on the Eldoret-Malaba highway in Kenya prevents goods from entering Uganda on May 22, 2020. (Kelvin Ogome/Zenger)

A 21-mile-long (35 km) column of trucks lined a major highway between Kenya and Uganda on Saturday, a sea of diesel engines and goods headed west but stopped at the border for time-consuming coronavirus tests.

The drivers, stuck on portions of highway between Eldoret, Kenya and the border town of Malaba, told Zenger News that Kenyan authorities are denying them access to food, water and lodging. Most of them sleep in their trucks. There are no toilet facilities.

Drivers with positive tests are turned back. Even for those who test negative, there’s no clear path to proceed. And the backup grows longer by the hour.

“We have been tested and we are corona negative, but we are still being harassed,” said David Ng’etich, a long-haul driver. He had already come 575 miles (976 km) from Mombasa, passing through Nairobi and hitting a backup before the border.

The government of Kenya agreed with Uganda last week to test travelers at common points in both countries. Drivers who test negative get certificates allowing them to cross the border again without more tests, even though they could come into contact with a contagious person after crossing the border, and bring the virus back with their paperwork.

Truckers heading toward Uganda said they were forced to wait as long as 48 hours while the results of multiple tests were processed.

Some say they would rather see the border closed completely—so they could go home instead of going nowhere.

“We are not the problem. We are being harassed and called “corona” by the people we provide with goods. It is so sad, they better close the border,” said Ng’etich.

Some truckers carry small appliances for cooking basic meals, but food is scarce. Although fresh water is unavailable, police are arresting entrepreneurs who attempt to sell water along the miles of traffic.

“They stopped people who are workers, who are coming to help us, to sell for us drinking water. They told them ‘No!’” truck driver Philip Korir told Zenger. “They are going to be arrested. So they have been intimidated by our government.”

“I don’t know what kind of logic is that. We are human beings,” Korir said.

Authorities in Uganda are also confiscating cookers at the border, citing security issues, according to truck driver John Omondi.

“We are not allowed to enter hotels. We have no access to clean water,” Alhaji Abdulkarim Mwangwe, another trucker, said. Mwangwe spoke while sitting on the roadside.

Uganda was the first African country to close its borders to curb the pandemic spread, followed by Kenya.

The major-highway congestion has choked off deliveries in Uganda, Rwanda and Burundi.

“Can you imagine that revenue that is not entering the Ugandan market?” driver Peter Karanja Kamau asked. “That is not good. But the way they are treating us, it’s not reasonable.”

“You can’t treat someone who’s carried you a million—a billion—shillings to Uganda, like a dog,” he said.