No health minister in Brazil as coronavirus infection spreads

Two health ministers have left following clashes with the president. 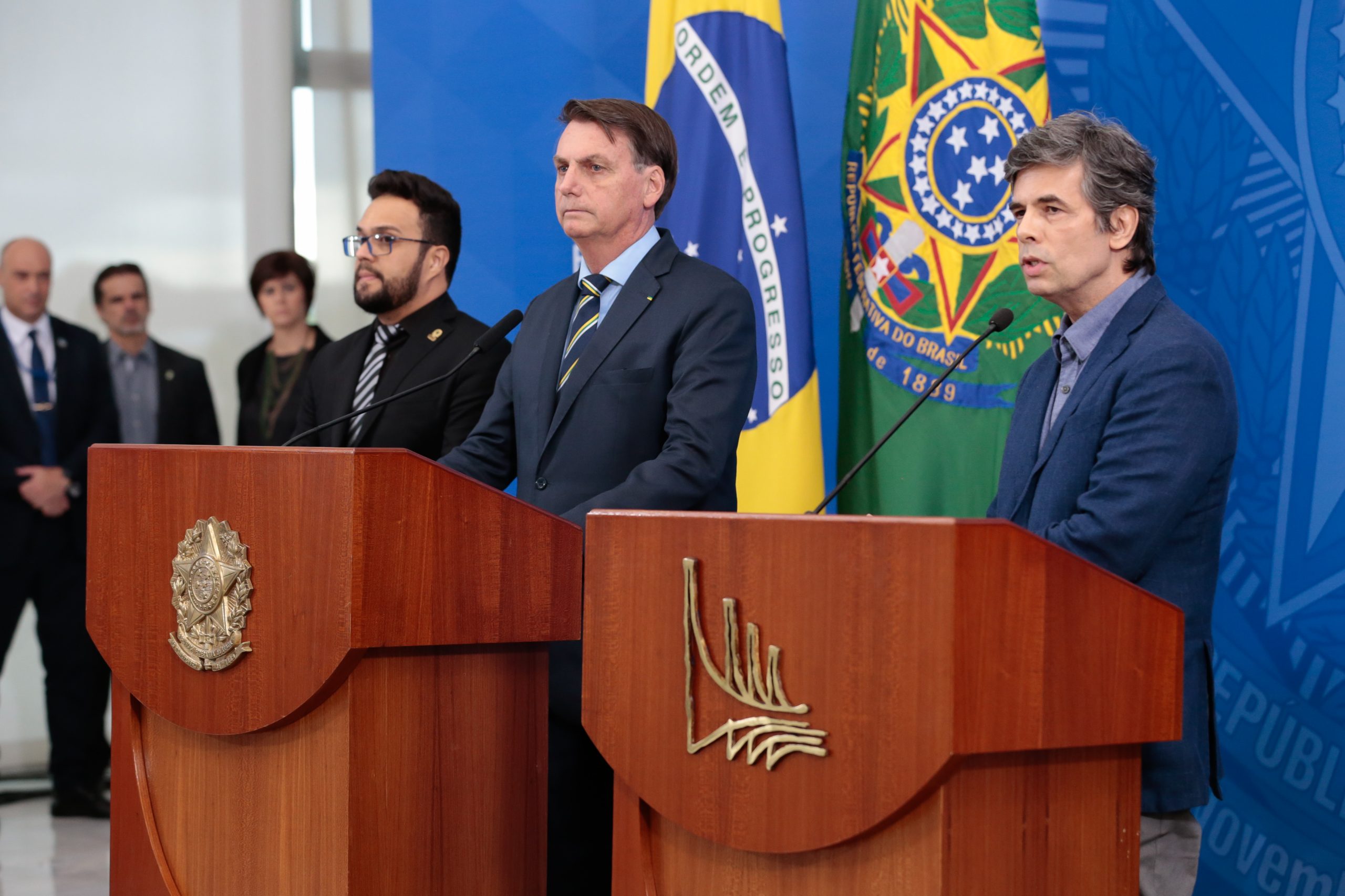 Less than a month after taking the position, Nelson Teich is no longer Brazil’s minister of health.

A week later, the position remains vacant as coronavirus cases in the country continued to climb. Army Gen. Eduardo Pazuello, the deputy health minister, is the interim minister.

An oncologist, Teich was sworn in on April 17 following the firing of Luiz Henrique Mandetta and resigned May 15. President Jair Bolsonaro had fired Mandetta over disagreements on how to combat COVID-19.

Teich’s contradiction of Bolsonaro, mainly regarding the controversial antimalarial drug chloroquine in the treatment of the new coronavirus and for social isolation to prevent new infections, led to his resignation.

Brazil had the third most confirmed cases of COVID-19, the disease caused by coronavirus, in the world as of Friday, according to data from Johns Hopkins University. More than 310,000 Brazilians were confirmed to have the virus and more than 20,000 died.

Mandetta had encouraged social isolation and as strong a quarantine as possible to contain the infection. Bolsonaro criticized these plans, joining civilians on the streets of Brazil, walking by residential and commercial areas and attending a protest for the re-opening and regular operation of markets and other economic activities.

The president, a far-right leader, published a decree in early May that like gyms and hair salons were essential. Teich expressed surprise about the move during a press conference, a moment that went viral on social media in Brazil.

The National Congress had not said anything about the Teich resignation, but the former minister of education during the Luiz Inacio Lula da Silva government and left-wing candidate for president of Brazil in 2018, Fernando Haddad, published a tweet saying: “Who will be the next Health Minister? Whatever, as long as Bolsonaro is President.”

After Mandetta’s firing and the announcement Teich would take over, Davi Alcolumbre, president of the Federal Senate and the National Congress of Brazil, along with Rodrigo Maia, president of the Brazilian Chamber of Deputies, shared a joint note criticizing the decision on Twitter: “It, to the whole country, at this moment, is certainly not a positive thing and it will be felt by all of us.”

“It’s a sad scenario, we are experiencing mismanagement and a dramatic moment with the new coronavirus taking away millions of people’s lives, threatening families and communities. I see the resignation with grief in a line of democratic opposition,” he said, referring to Mandetta’s exit.

“I did not have intimacy with Mandetta, we had a different path in our political careers, but inside the Ministry he had been working with dignity and serenity, looking to follow the WHO guidelines,” Ananias said, referring to the World Health Organization. “His resignation was a setback, it was unfortunate.”

Ananias thinks the reasons for Bolsonaro’s action are unclear. “I do not consider myself someone who understands Bolsonaro’s heart and mind. He is perverse, he does not commit to life, to the public esteem. It is a neoliberalism politic that trust that the market solves the problems; without public politics they have broken the public health system… In Brazil, we must fight against COVID-19 on one side, and on the other side mismanagement that has no respect for the people.”

If the pandemic happened during Dilma Rousseff”s or Lula da Silva’s presidencies, Ananias says the fight would look different. “The actions would be for the people, we commit to the promotion of life and of the rule of law.”

Rousseff was impeached and left office in 2016, and Lula da Silva, a popular figure who ran against Bolsonaro from prison, was convicted in 2018 on corruption charges in a controversial case. His defense attorney has called the prosecution lawfare, meaning his political opponents wielded the law against him as a tactical move.

The Brazilian medical sector also watched Mandetta’s resignation in fear, but it believes than it can get it right. “Initially the whole medical community and I saw it with a lot of worries. Mandetta had been doing an amazing job and we were in agreement with his orders to maintain social isolation and quarantine,” said Caio Regatieri, an ophthalmologist and professor at Universidade Federal de São Paulo who tends to patients at Hospital Sao Paulo, which is in the public healthcare system, known in Brazil as the Unique Health System. He also works at Hospital Israelita Albert Einstein, one of the most recognized in Brazil.

Regatieri told Zenger doctors from around Brazil mobilized as soon as rumors of Mandetta’s resignation began to circulate. “We went on the internet, publishing support for him, and for his dedication. When the decision about Teich came there was approval, even though some were afraid that he will produce a biased policy linked with the ideas Bolsonaro defends, like reducing the quarantine.”

Nelson Teich has an extensive academic background: He has a medical degree from Rio de Janeiro State University, and he also holds a degree in economic assessment from the University of York in the U.K.

In Brazil, people who do not have health insurance or money to pay for care in private hospitals are treated in public hospitals, paid for by the government. Citizens do not pay for consultations, medicines or tests. But this system is overwhelmed, varying according to Brazil’s various regions.

“Private hospitals affected by the pandemic are giving a lot of support to the public healthcare system. I speak for what I see and for the reality in São Paulo. So, health clinics and hospitals are receiving PPE donations and are, with one challenge or another, managing to serve their patients as required,” said Regatieri, referring to personal protective equipment such as masks and gloves.

Representatives of the Bolsonaro government did not comment when contacted by Zenger.