African migrants are manufacturing masks and gowns for hospitals. 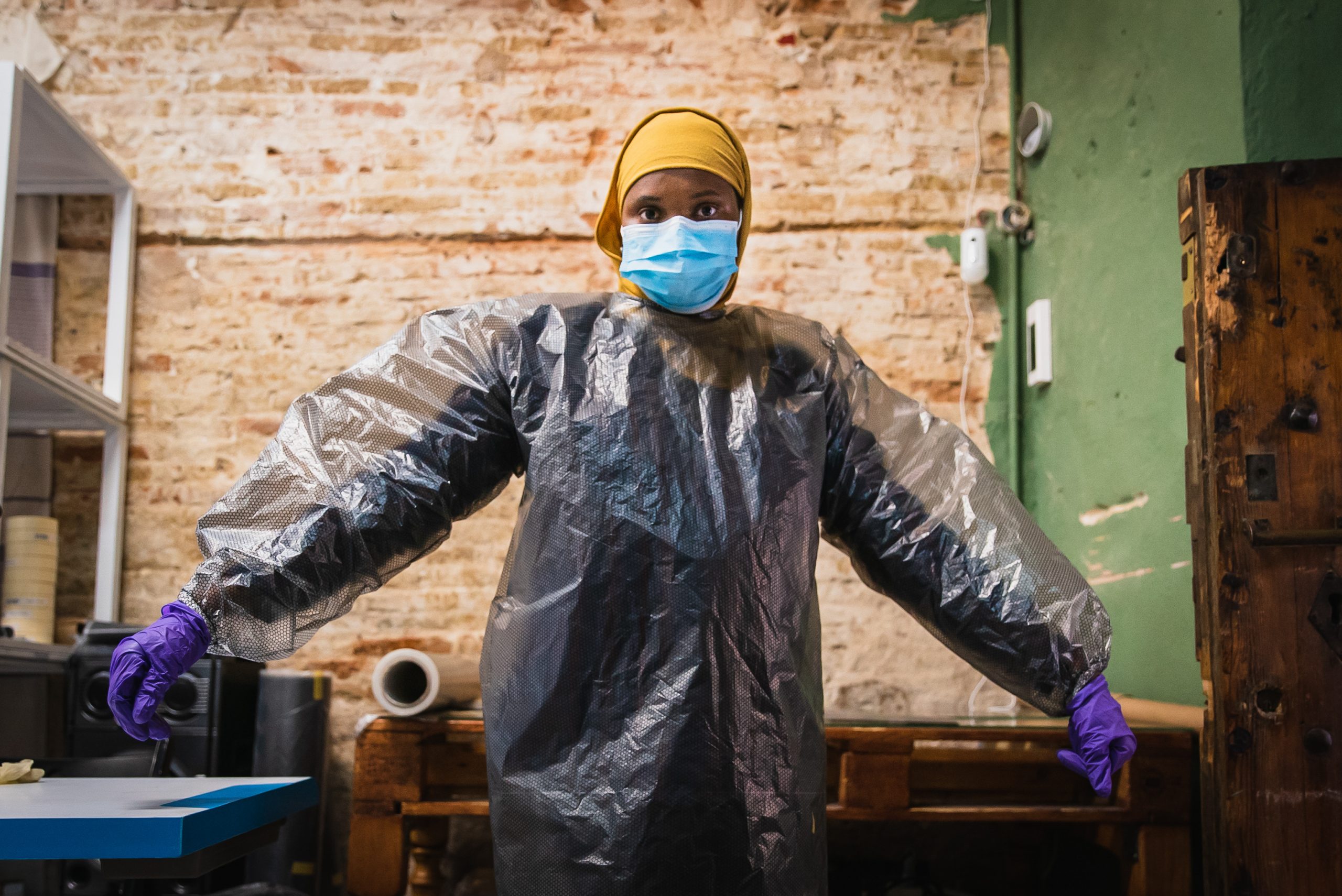 Before the coronavirus outbreak, people visiting the crowded streets in the city center of Barcelona used to see street vendors trying to make a living by selling everything from beer to beach towels.

Now, the situation has changed. The African street vendors, known as manteros, organized as the Sindicato Popular de Vendedores Ambulantes de Barcelona, have dedicated their efforts to making masks and gowns for hospitals, as well as distributing food to the most vulnerable.

Spain is one of the European countries hardest hit by the coronavirus, though it has dropped to fifth in the world, according to the latest information from the World Health Organization. More than 233,000 people have been confirmed to be infected with the virus that causes COVID-19, according to data compiled by Johns Hopkins University, and nearly 29,000 have died.

“Since the health crisis began, we had the thought of how we can participate to help the citizens, especially in the health sector of the country,” said Aziz Faye, the union’s spokesperson. “We think that as immigrants we want and should take part in the development of this country.”

The group, which organized in 2015, has 18 industrial machines and enough raw material to give them the capacity to start working, with many members having previously been seamstresses. Currently, around 30 people are working voluntarily in shifts.

Spain has been lacking most of the essential health equipment since the beginning of the crisis, due to the unexpected great number of cases.

Outside the street vendors’ little shop, where they used to manufacture their own clothes brand before the pandemic, some doctors are now getting much-needed PPEs.

Doctors who work at the General Hospital in nearby Granollers have stopped by to thank the manteros.

Aside from their good deeds, the story of these street vendors is full of challenges.  Working in the streets, trying to sell products has been difficult, as informal street sales are outlawed. The union with which they are affiliated was founded after a street vendor died after jumping off a balcony when police raided his residence.

“Since we arrived here we have always had difficulty in carrying out our work. Here we have arrived wanting to work, to find ways to improve our life, but we find obstacles that prevent us,” Faye said. “Immigration law blames migrants who have to go through a long process to get a better life. This health crisis has arrived and everything has got worse.”

Faye is from Senegal and was not able to go to school. He worked as a carpenter, mechanic, laborer, seamster and fisherman from the time he was 10 years old. In 2005, he heard that there were good job opportunities in Spain, and he decided to find out.

While the situation is tough for everyone in Spain, union members fear that it is  getting worse for street vendors. Lamine Sarr, a member of the collective, said that manteros cannot work now and the government does not support them.

“So the situation is very difficult. We do what we can so that everyone can eat a minimum every day,” he said. The members are distributing food to the street vendors’ families and to those who are in the most vulnerable situation.

“These are difficult times for street vendors, which only depend on the street to make a living,” Faye said. “There is a great solidarity, and we are grateful because without this solidarity we would not be able to get out of this crisis. We will continue to work so that no one is left behind.”