Algeria cracks down on media

Watchdog groups decried the move, which comes as the government tries to counter protests. 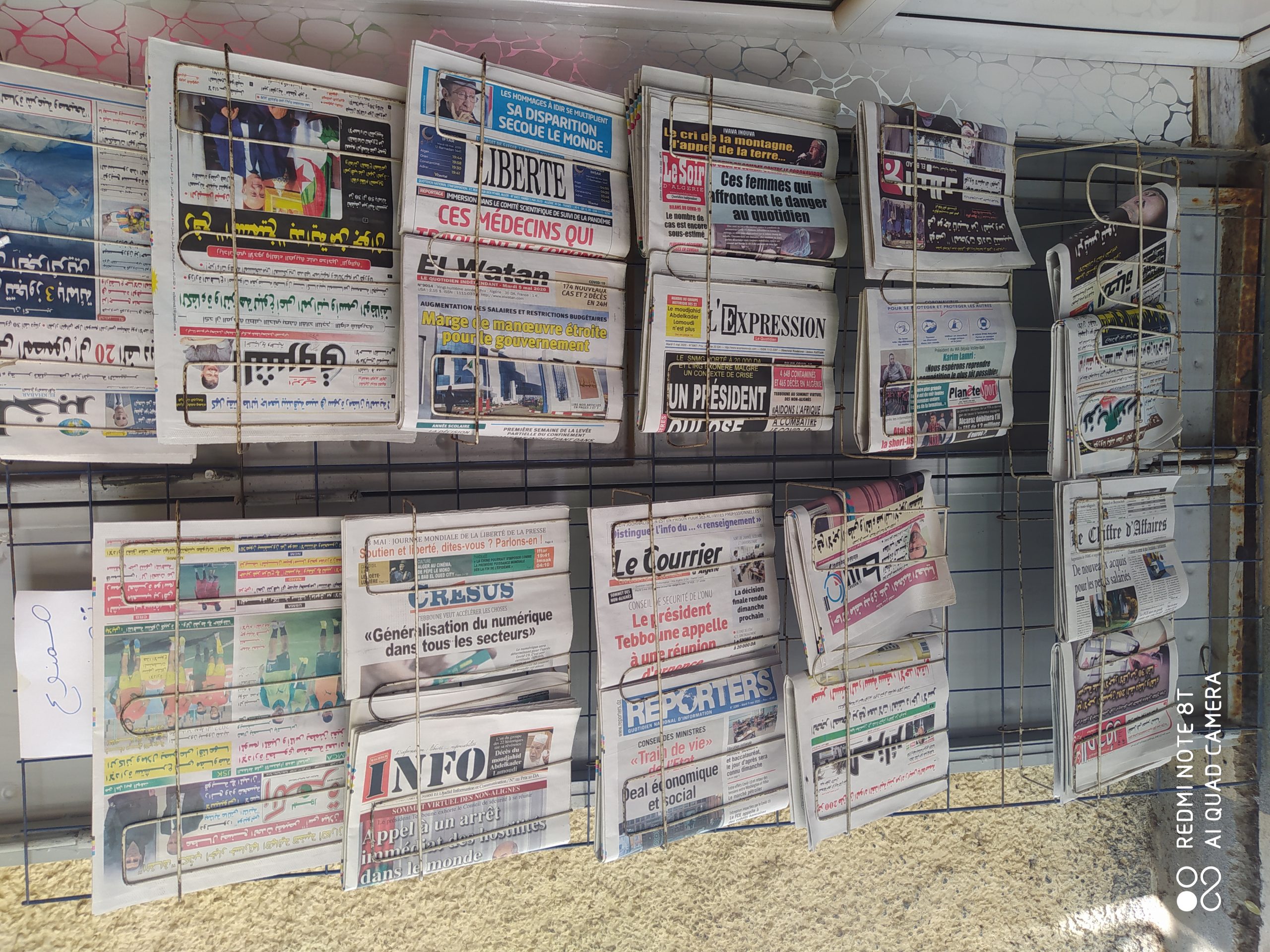 A stall of Algerian national newspapers are on display in Bouira, Algeria on May 5, 2020. (Farid Sait/Zenger)

BOUIRA, Algeria—Anti-censorship groups have criticized Algeria’s government for launching an assault on the media with a wave of arrests, detention of journalists and the blocking of several popular news websites.

The Committee to Protect Journalists, a U.S.-based media watchdog, has urged authorities in the North African country to lift a block on three news outlets that have been suspended in recent weeks.

“Algerian authorities must immediately unblock the news websites Interlignes, Maghreb Emergent and Radiom, and ensure that all media outlets can publish online freely,” the committee said in an online statement in April.

Those three websites were all blocked after running a series of posts that criticized government policies. Algerian officials said the sites were censored because they failed to uphold ethical guidelines for the media.

Campaigners have also denounced the arrest and detention of Algerian journalists who covered demonstrations as part of a nationwide protest movement that erupted in February 2019 and has persisted even as the country battles the COVID-19 outbreak.

Reporters Without Borders, another media watchdog, also criticized Algerian officials and urged them to respect “media pluralism” and the right to debate political issues. The organization also denounced government pressure on journalists.

Bouzid Ichaâllalen, the founder of Interlignes, said he was disappointed with Algerian officials.

“Media censorship and the imprisonment of journalists may further darken the image of our country at the bottom of the press freedom ladder,” Ichaâllalen told Zenger News.

Algeria’s Minister of Communications Ammar Belhimer rejected the criticism, saying the government backed the right of journalists to report on events in the country of 43 million people.

“The state strongly supports freedom of the press, which has no limits other than those of ethics and the law,” Belhimer said in a statement.

The crackdown on journalists has been linked to a broader effort by Algerian authorities to reassert themselves in the face of the country’s mass demonstration movement, known as Hirak, which began on Feb. 16, 2019.

A wave of protests led to the resignation of the country’s longest-serving president, Abdelaziz Bouteflika, who stepped down in April 2019 in a move that did not fully meet the movement’s goal of a wholesale overhaul of Algerian politics.

Demonstrators have continued to flood Algerian cities with national flags and placards, demanding the ouster of the ruling elite, an end to corruption and an end to the sway Algeria’s army holds over national politics.

The rallies have been suspended as authorities imposed lockdowns to try to stem the spread of the COVID-19 outbreak in Algeria that has claimed some 500 lives and infected more than 5,000, according to the latest data.