Chile turns to controversial ‘immunity passports’ in plan for reopening

Some critics say economic pressure is behind the effort. 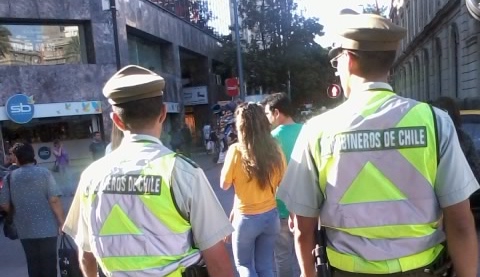 Under the “Safe Return Plan,” Chile’s government aims to restart the economy over the next weeks. President Sebastián Piñera had ordered 60,000 public employees to return to their offices. Shopping malls can gradually reopen as other private companies will receive support, too. School is expected to restart in May.

A controversial measure under the plan involves offering patients who have recovered from COVID-19 an “immunity passport.” This will allow them to leave their homes, even if their locality is under quarantine.

Patients count as “recovered” if they have not shown symptoms for 14 days—28 days for those with a compromised immune system—according to the Health Ministry. But the measure sparked controversy.

Although it did not mention Chile directly, the World Health Organization took aim at the idea: “Some governments have suggested that the detection of antibodies to the SARS-CoV-2, the virus that causes COVID-19, could serve as the basis for an ‘immunity passport’ or ‘risk-free certificate’ that would enable individuals to travel or to return to work assuming that they are protected against re-infection. There is currently no evidence that people who have recovered from COVID-19 and have antibodies are protected from a second infection.”

Health experts also criticized the passports because the tests may not be accurate. Someone could carry antibodies for other coronaviruses without having had COVID-19, thus test positive and get an “immunity passport.”

The government’s proposal is based on research that solely proves a carrier is unlikely to infect others after 10 days. Yet, as scientific evidence for immunity is still missing, experts believe the government’s rationale owes to economic pressure.

“I think the government is currently in a limbo between health and economy. The first weeks of the outbreak in Chile we did great, because we all complied with the rules imposed by the president,” said Dr. Catterina Ferreccio, a virologist at the Pontifical Catholic University of Chile and a government adviser. “Now, several weeks later, we see that the health situation becomes a normality and the fear now shifts toward the economy.”

Earlier in April, Chile’s Central Bank predicted a 2.5% contraction for 2020. The export-reliant economy already took a hit from the social protests that erupted last October and the pandemic threatens to plunge the country into even deeper trouble. Unemployment is at 8%, and the president admitted the rate is probably higher and will continue to grow.

Sebastián Piñera, a billionaire elected on his economic promises, has enjoyed rising approval ratings since the outbreak. From a historic low of 6% at the height of the social protests to around 22%, according to the latest national survey, his management of the pandemic, rather than the protests, will help him. Managing the pandemic enabled him to take back the steering wheel.

Nevertheless, canceling telework for public employees and ordering them back to their offices came unexpectedly. “I often give counsel to the president. For me, the announcement came as a complete surprise. I and other health experts were not consulted about it. There seems to be a lot of pressure from the economic lobby to reopen the country,” Ferreccio said.

Early on, the country saved time and resources by focusing on combating the virus. Leading South America in testing capacity, Chile could keep the death rate comparatively low. The government declared a State of Catastrophe, allowing it to put districts and cities with coronavirus outbreaks under quarantine and imposing a countrywide nightly curfew. These measures have thus far prevented a bigger catastrophe. But the virus is now spreading to the densely populated lower income areas, so predilection for economic growth, leading to measures like the immunity passport, might still spell disaster.