Observers point to Taliban for terrorist acts and targeted killings

The Taliban has taken 35 hostages since the peace deal was signed.
By Stephanie Mikulasek May 4, 2020
Facebook
Twitter
Linkedin
Email 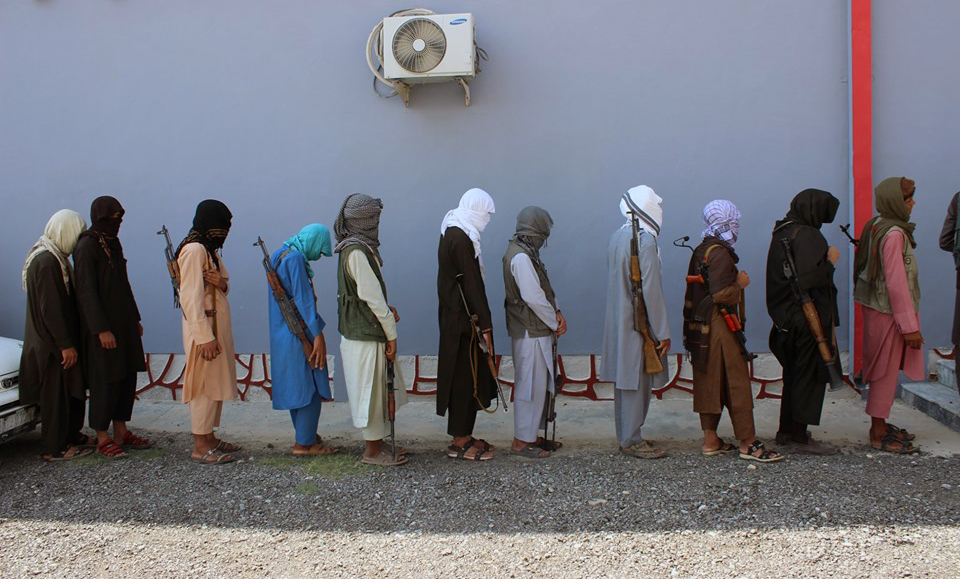 At least 12 Taliban insurgents, including their commander, renounce conflict and joint peace process in eastern Laghman province of Afghanistan on September 8, 2019. (Pajhwok)
The Afghanistan Independent Human Rights Commission on Tuesday said hostage-taking, terrorist attacks and targeted killings continue even after the signing of the U.S.-Taliban peace agreement.

Despite the late February peace pact between the United States and the Taliban, the commission said in a statement, violence in the country continues to take a high toll on civilians.

“In incidents, such as hostage-taking and terrorist attacks, 202 civilians, including civil servants, influential people and religious scholars, were killed and injured.”

The two sides discussed the delays in the release of prisoners and how to resolve violations of the U.S.-Taliban peace deal. Miller focused on the need to reduce violence and create the conditions for intra-Afghan negotiations.

He also underlined the imperative of all sides to capitalize on the opportunity for peace in the country after decades of conflict.

Since the peace deal was signed, the commission reports 83 were killed, including eight women and eight children, and 119 wounded, including 15 women and 16 children. Another 35 people had been taken hostage by the Taliban.

The commission said the Taliban is responsible for half of all hostage-taking and killing of civilians; ISIS or other groups and individuals are involved in the other half of incidents.

Kidnapping and killing of civilians and civil servants or those who could no longer participate in the conflict is strictly prohibited under Article 3 of the Four Geneva Conventions, added the statement.

Such actions are regarded as war crimes, according to the Rome Statute of the International Criminal Court.

The commission, while condemning the killing of civilians and expressing its condolences to the families of the victims, once again asked the parties to the conflict, especially the Taliban, to put an end to the abduction and killing of civilians, including civil servants.