‘May the Fourth be with you’: Star Wars fans embrace celebration

What started as a fan-led celebration has been adopted by Disney, which owns the popular franchise. 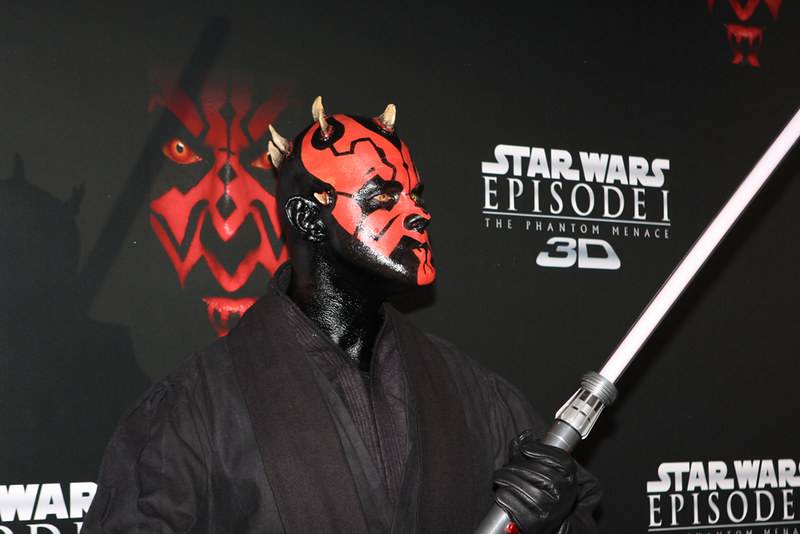 A costumed character at the premiere of Star Wars: Episode 1 The Phantom Menace 3D in Sydney, Australia, on Feb. 5, 2012. (Eva Rinaldi / Flickr.com)

If you hear people greet each other with “May the fourth be with you,” that’s because they’re Star Wars fans, and today—May 4—is another way for people from all walks of life to celebrate the films they love.

When Boris Johnson, now British prime minister, was elected mayor of London in 2012, he used the occasion late on the night of May 4 to give his acceptance speech, ending it with, “May the fourth be with you.”

As just about anyone who has seen any of the Star Wars movies can tell you, “May the force be with you,” is one of the most iconic phrases in the Star Wars franchise, since the first Star Wars film was released in 1977. It’s the phrase the good side, the Jedi, and their supporters constantly use. At some unknown point decades ago, fans began greeting each other on May 4 with, “May the fourth be with you.”

Jared Smith, owner of Big Planet Comics in Vienna, Virginia, looks forward to Star Wars Day every year. “Star Wars Day is a really fun day for our store, since it often falls on or is near Free Comic Book Day, which is always the first Saturday in May. We’ve had free Star Wars comic books to give out when they were on the same day, and we’ve had some people come in costume as Star Wars characters, including some cosplayers from the 501st Legion fan group,” he said.

The term “cosplayers” refers to fans who meticulously recreate the costumes of favorite characters, particularly those from anime and sci-fi works. Known as Darth Vader’s Fist, the 501st Legion is an international group of fans dedicated to making and wearing their own Star Wars costumes of stormtroopers, imperial officers, bounty hunters and other characters.

Smith lamented that COVID-19 has managed to defeat even the strongest in the Star Wars galaxy, hurting his comic book store in process. “This year everything is different, Free Comic Book Day has been postponed until at least the fall, and comic books haven’t shipped since March, so we don’t even have any new Star Wars comic books until the end of May,” he said.

For those looking to observe the Star Wars holiday at home, StarWars.com has a page dedicated to fun activities to celebrate with your family.

Some Star Wars fans favor the dark side, known as the Sith. This is the order evil characters Darth Maul and Darth Vader belong to, the very side the Jedi fights against. Those Sith fans celebrate the next day in May—the Revenge of the Fifth, a play on the title of Star Wars movie, “The Revenge of the Sith.”