Violence in Afghanistan rising since the US-Taliban peace agreement

Afghan officials and civil society advocates called on the Taliban to halt attacks during the holy month of Ramadan.
By Stephanie Mikulasek May 1, 2020
Facebook
Twitter
Linkedin
Email 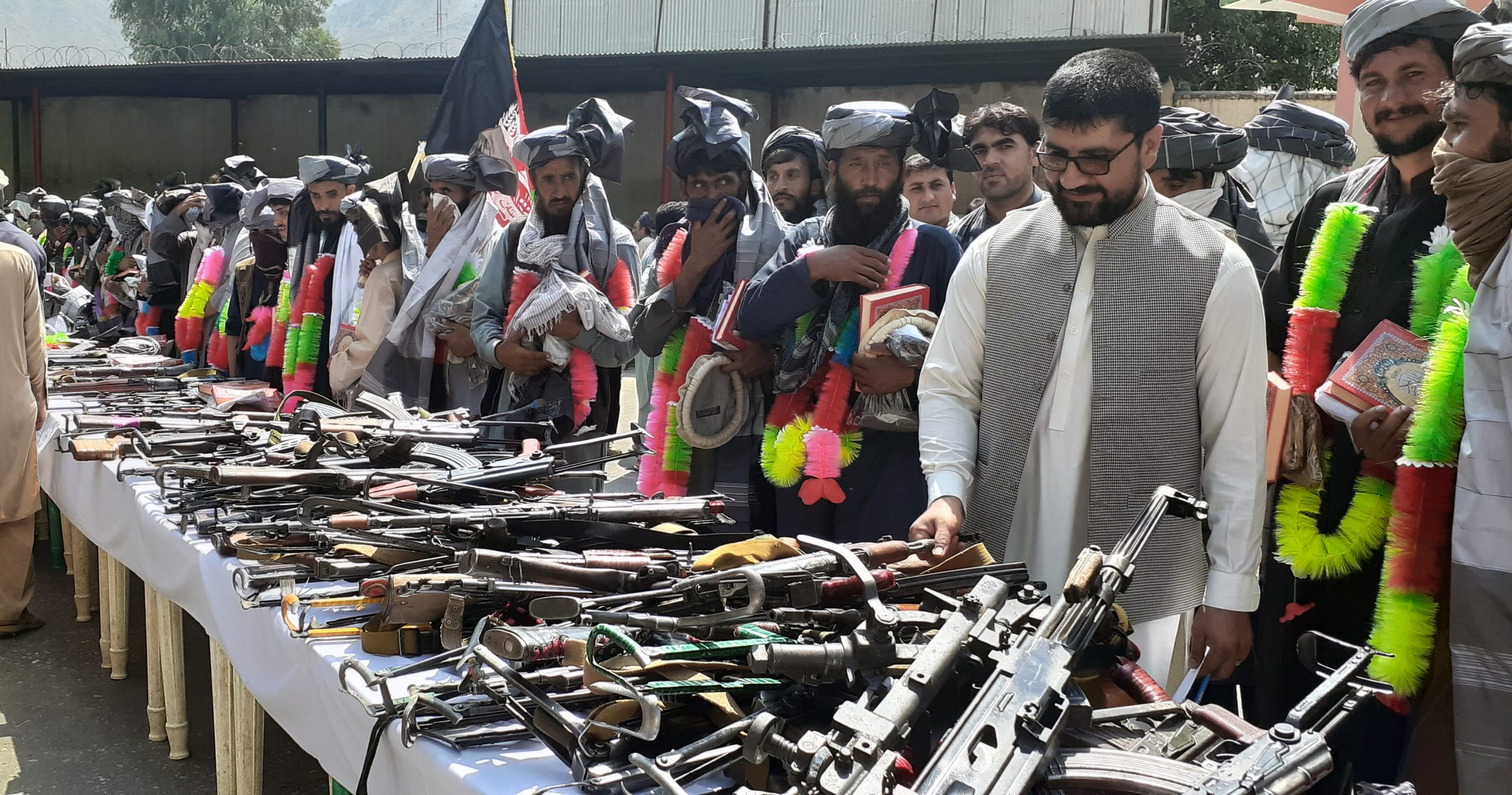 At least 12 Taliban insurgents, including their commander, renounce conflict and joint peace process in eastern Laghman province of Afghanistan on September 8, 2019. (Pajhwok)

Violence is increasing across Afghanistan despite a peace agreement signed by the U.S. and Taliban, with civilians suffering the majority of casualties.

The February peace agreement has had no impact on the country’s security situation so far, said Sayed Ashraf Sadat, a member of the Civilian Protection Group, a civil society coalition based in the western Herat province. “The entire nation was waiting for peace after the U.S. and Taliban peace agreement, but the result was fruitless.”

Suggesting the annual Spring Offensive, when the Taliban announces their renewed attacks against the Afghan government, will continue, Daykundi Province official Ali Akbar Jamshidi said both the surge in Taliban attacks and increased security forces fatalities are rising.

In the north, at least 11 security personnel were killed and another 19 wounded in Taliban attacks in the Sar-i-Pul province, said Governor Abdul Qadir Ashnaan, after the Taliban stormed an army base and other security check-posts in the provincial capital.

Four civilians were killed by a landmine explosion in the Jaghatu district of Ghazni province, southwest of Kabul, the governor’s office said Wednesday.

In the southern Kandahar province, 33 Taliban militants and four policemen were killed during separate clashes.

U.S. President Donald Trump met with Qatari leader Emir Sheikh Tamim bin Hamad al-Thani in Doha in February to discuss the need for reducing violence in Afghanistan. Trump “thanked the amir for his ongoing efforts to achieve peace in Afghanistan,” in a phone call last week, said the White House in a written statement.

Meanwhile, the slow release of 5,000 Taliban prisoners and 1,000 Afghan security force prisoners continues as mandated in the U.S.-Taliban peace agreement, which was signed in Doha. The Afghan government has freed 361 Taliban prisoners, which the Taliban calls “unidentified” men. The Taliban have released 60 prisoners, but the government says 41 are civilians. Several more prison releases are underway to mitigate the spread of COVID-19.

The peace agreement also stipulates the U.S. will withdraw 5,400 soldiers from Afghanistan over a 14-month time period, which Trump has ordered to expedite to 135 days, or five months.

Members of the Civilian Protection Group asked the international community to put pressure on the Taliban to reduce violence and declare a ceasefire during Ramadan, which lasts until May 23. Likewise, the Wolesi Jirga, Afghanistan’s lower house of parliament, repeated earlier government’s calls to the Taliban to observe a ceasefire in respect of the Islamic holiday period.

The Civilian Protection Group also said the Taliban also were not allowing medical supplies to reach districts amid the coronavirus crisis across the country.

“We urge the Taliban to pay special attention to civilians’ protection in such hard times of the COVID-19 in the country,” said group member Ghulam Farooq Rasib.

The Taliban have not yet commented.