Iran leans into Afghanistan while the U.S. pulls back

The Pentagon expects to be down to 8,600 U.S. troops in Afghanistan in 135 days.
By Stephanie Mikulasek April 30, 2020
Facebook
Twitter
Linkedin
Email 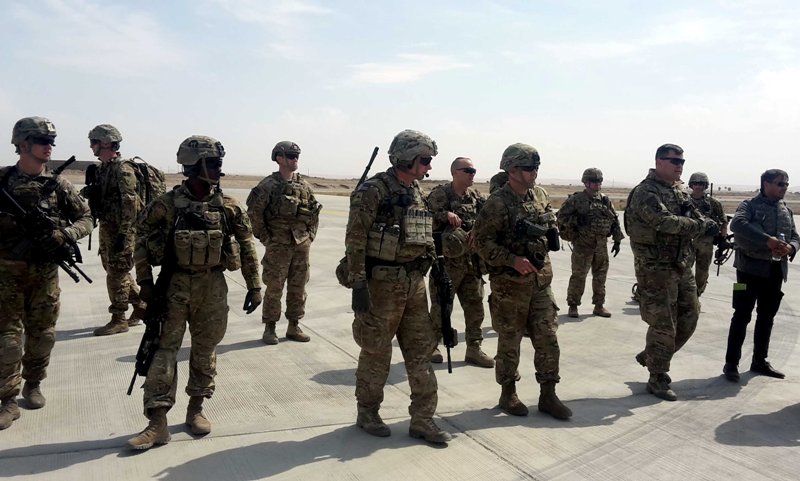 More than 5,000 U.S. troops will be home from Afghanistan by mid-July. But as troops depart under the U.S.-Taliban peace agreement, Iran is stepping up its negotiations and trade with Afghanistan officials.

The peace agreement called for a 14-month drawdown from 13,000 to 8,600. Now, “we expect to be at 8,600 US troops in 135 days,” Pentagon spokesperson Lt. Col. Thomas Campbell said. Most recently, about 150 soldiers of the Wisconsin Army National Guard came home after a 7-month deployment.

The U.S. military, said Campbell, is committed to supporting Afghan partners throughout the process, and keep the capabilities necessary to accomplish their objectives.

At the same time, Iran continues to lean into Afghanistan.

Afghanistan’s National Security Advisor Hamdullah Mohib met recently in Qatar with the Iranian Special Representative for Afghanistan, Mohammad Ibrahim Tahereyan, to discuss bilateral cooperation as well as the importance of a regional consensus on the peace process. Qatar has frequently served as the broker for discussions on Afghanistan, including the host of the U.S.-Taliban peace agreement on Feb. 29.

Iran affirmed support for Afghanistan, including efforts to combat COVID-19, and commended efforts of the Afghan government for national reconciliation.

The two sides also discussed improvement in trade between Afghanistan and Iran, rail links and other issues of bilateral interest, said the National Security Council in a statement.

Iranian exports are likely to rise by $300 million this year, said Hossein Saleemi, head of the Iran-Afghanistan Joint Chamber of Commerce, which brings the largely one-way trade value to $3.1 billion from $2.7 billion last year.

As a result of the Covid-19 outbreak, Saleemi said, Chinese exports to Afghanistan had largely come to a halt, “giving Iran a good opportunity.”

To further stimulate trade and investment, the Iranian embassy in Kabul has resumed consular services that were suspended two months ago due to the coronavirus pandemic.

Visas are being issued for drivers, industrialists, businessmen and investors from nationals of neighboring countries who pass a COVID-19 test and hold valid health certificates. “Currently, only truck drivers can receive visas for land trips, while the businessmen, industrialists and investors will be given permission for air travel,” the Iranian embassy said.

The primary transit area for goods and services between the two countries flows through Herat, a city in western Afghanistan and on the road to Iran. Further south along the border is the Afghan province Nimroz, whose governor Seyyed Wali recently discussed boosting border exchanges of people and goods with Iran’s Foreign Ministry’s Special Envoy for Afghanistan, Mohammad Ebrahim Taherian.

Chabahar port, located in Iran near the Pakistan border, is also a key conduit for Afghan shipments from regional neighbors, including India, who recently used the port to channel shipped containers of wheat and personal protection equipment to Afghanistan.

Border discussions come on top of decades-long tensions over refugees, water issues, and narcotics trafficking; Afghanistan produces 90 percent of the worlds’ opium crop, much of which has flowed through Iran and into Europe. At the same time, these tensions are overlaid with Iran’s role as Afghanistan’s largest trading partner since 2018. Both governments fear the Islamic State, although the U.S. has accused Iran of offering some support to the Taliban.

Since the U.S.-Taliban peace agreement was signed, Afghanistan’s National Security Council on Saturday said the Taliban has killed 789 civilians.

“The Taliban are not committed to their peace deal with the U.S.,” said Javid Faisal, the National Security Council spokesman. “An average of 50 attacks are being carried out by Taliban militants daily.”