The last major U.S. oil company in Venezuela must end operations in the country ahead of the December deadline. 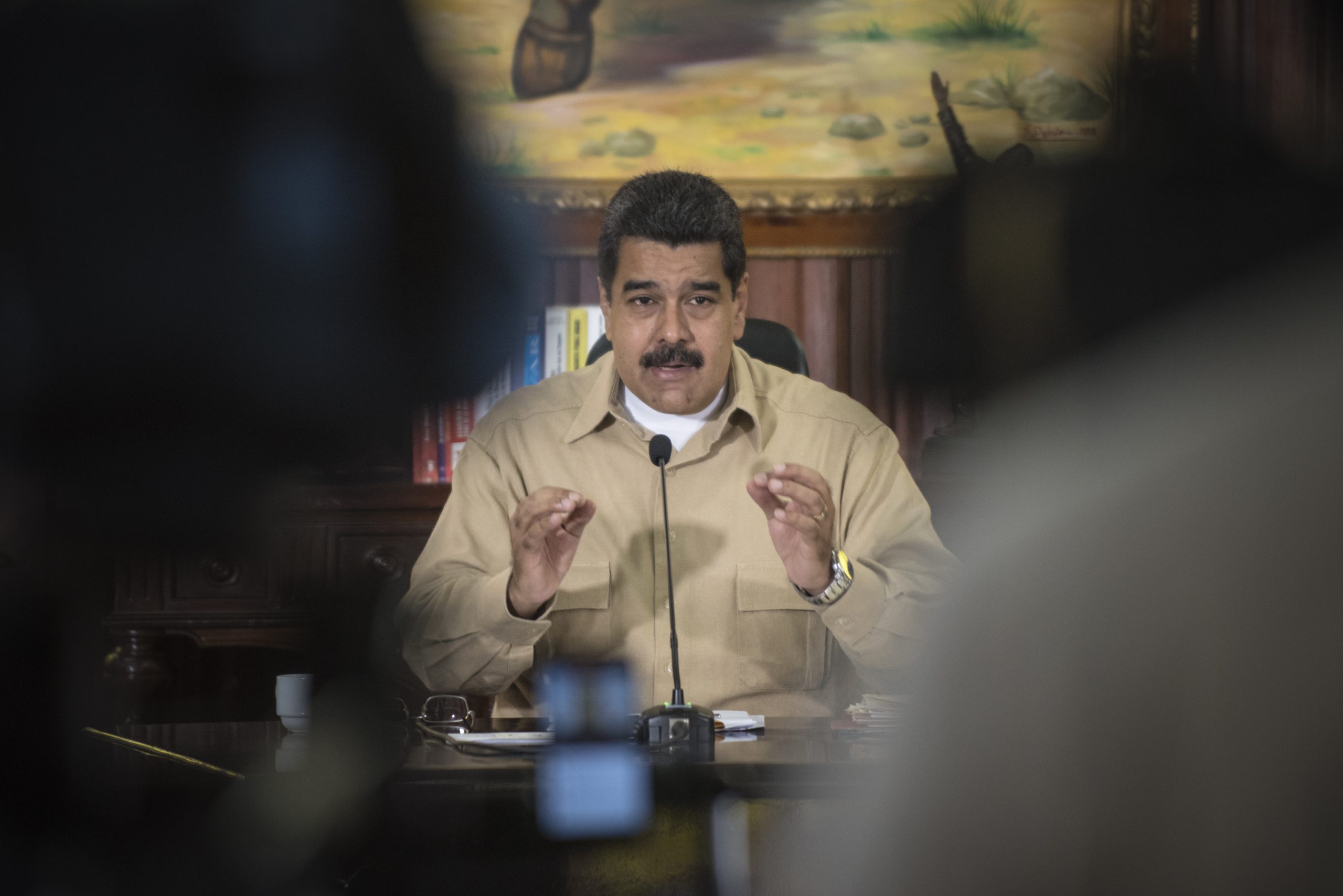 The Trump Administration set a December deadline for Chevron Corp. to “wind down” operations in Venezuela, part of continued efforts to put pressure on the country’s disputed leader Nicolás Maduro.

Chevron is the last major U.S. oil company operating in the oil-rich nation, which has been the subject of U.S. sanctions for years, sanctions that have grown internationally since Maduro’s disputed 2018 re-election. In March, the U.S. Justice Department indicted Maduro and several associates on drug smuggling and weapons charges.

With the deadline for a renewal of Chevron’s license to operate in the country set for April 22, the Treasury Department’s Office of Foreign Assets Control issued the limited renewal on Tuesday, April 21. However, the renewal included multiple restrictions that prevent Chevron from profiting from its operations in Venezuela. Several of the restrictions on Chevron were already in place.

“The U.S. Department of Treasury renewed [the general license] and permits the company to undertake limited maintenance of essential operations in the country. We will continue to comply with applicable laws and regulations. Our legacy in Venezuela dates back to the 1920s and since then, we have been proud to be part of the local communities, contributing to their economic and social development. We will continue our health and nutrition programs and other social investment initiatives,” said Ray Fohr, external affairs adviser, Chevron Africa and Latin America.

David Shedd, a visiting fellow at the Davis Institute for National Security and Foreign Policy at the Heritage Foundation, said the prospect of a license renewal for Chevron had both benefits and pitfalls for U.S. efforts to pressure Maduro’s removal through escalating sanctions.

While not renewing the license would have deprived Venezuela of one of its last significant U.S. corporate presences, it would also create space for other foreign influences to come in and fill the gap – namely Russia and China.

Shedd believed that U.S. government agencies were at odds over which direction to take, with the State Department likely opposing any license renewal on the grounds it would be tantamount to offering material support for the Maduro regime. Meanwhile, the Treasury Department likely favored keeping some presence in Venezuela to help keep out foreign actors like Russia while preserving a U.S. corporate presence in the event of a regime change, Shedd said.

The result was likely a compromise between the two viewpoints, Shedd said, with Chevron being allowed to stay for an additional six months, but without an opportunity to perform economic activity, including drilling or exporting oil.

“It gives Chevron an opportunity to pay it forward for the day that Maduro and his cronies are no longer there,” Shedd said. “It will be a 100 percent loss for Chevron. Whatever their overhead is, they will make nothing. But in the big scheme of things, it may be worth it to maintain oversight of the license, for the opportune date that Maduro is not there.”

However, while Chevron’s economic activity there is currently halted, the current depressed state of the worldwide oil market doesn’t afford many economic opportunities for other countries either, Shedd said.

“Only a fool would try to invest in Venezuela right now,” Shedd said. “Russian entities that could come in would essentially have to pay people to take the oil.”

Investment banking firm Caracas Capital reported that Chevron had a minority partnership with state-owned PDVSA in both of its ventures in Venezuela. Meanwhile, Russian oil companies have made investments in the country, though one such company, Rosneft has withdrawn its investments in Venezuela in reaction to tighter U.S. sanctions. Additionally, the China National Petroleum Corp. chose not to increase its Venezuelan presence until the U.S. Treasury Department delivered new guidelines, according to U.S. think tank Center for Strategic and International Studies.

“The scope and magnitude of the drug trafficking alleged was made possible only because Maduro and others corrupted the institutions of Venezuela and provided political and military protection for the rampant narco-terrorism crimes described in our charges.  As alleged, Maduro and the other defendants expressly intended to flood the United States with cocaine in order to undermine the health and wellbeing of our nation,” U.S. Attorney Geoffrey S. Berman said in a March statement.

The charges came after Maduro assumed a second six-year term in power after presidential elections internationally condemned as fraudulent. Opposition political parties were barred, as well as other irregularities.

Venezuelan opposition leader Juan Guaido has been recognized by some countries as the country’s rightful leader. In January 2019, the Venezuelan National Assembly voted to select Guaido as the country’s president, at least until a national election can be held. Shortly after that vote, Maduro physically barred the National Assembly from entering the building, which further galvanized international opposition to the regime, according to the Center for Strategic and International Studies.

“Since 2019, more than 50 countries, including the United States, have refused to recognize Maduro as Venezuela’s head of state,” the U.S. State Department said on its website. The State Department is offering a reward of up to $15 million for the arrest or conviction of Maduro.