Linda Greene started her journey to opening a cannabis business serving some of the lowest-income areas of the nation's capital more than seven years ago.
By Curtis Bunn April 20, 2020
Facebook
Twitter
Linkedin
Email 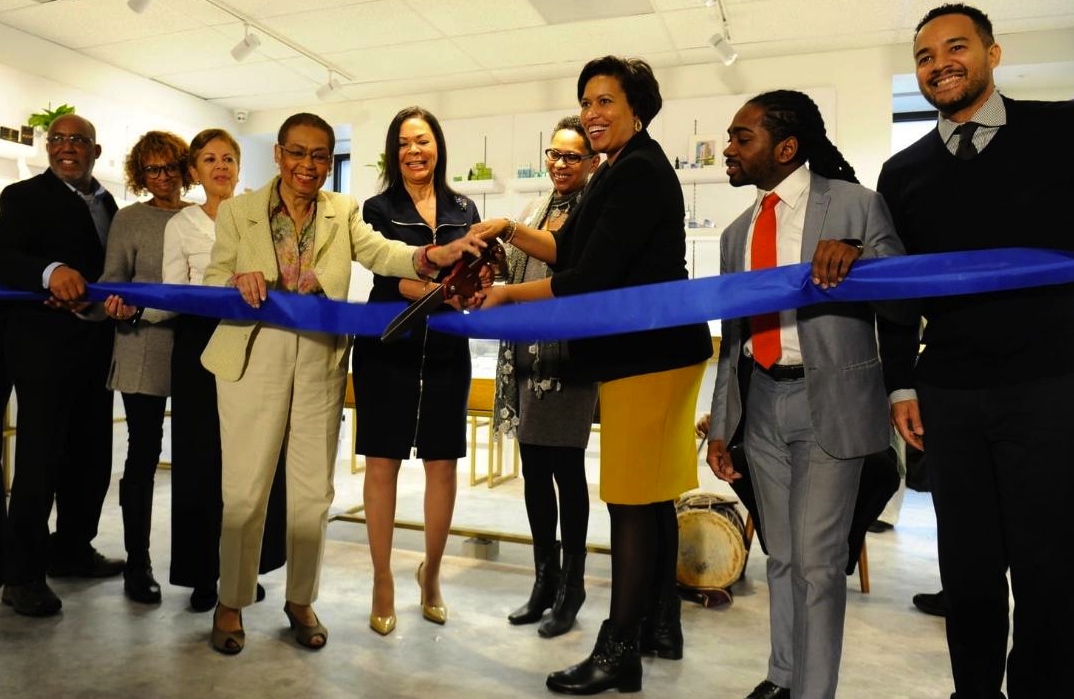 Anacostia Organics serves the southeast quadrant of the nation’s capital, a long-underdeveloped area now undergoing gentrification like much of the city.

Still, most of that section of the city remains black and low-income, demographics that find Greene’s business a respite, especially from the stress of the coronavirus outbreak.

Prior to AO opening its doors—to much fanfare that included a ribbon-cutting ceremony with D.C. Mayor Muriel Bowser and other local officials—residents from the area had to use public transportation to cross the Anacostia River for their cannabis needs.

The district decriminalized marijuana in 2014 and it became legal in 2015 for residents 21 and older to possess up to two ounces for personal use. D.C. residents can only use marijuana on private property and cannot sell the drug, which remains illegal under federal law.

With AO, their needs are met in minutes, in their community. For Greene—who has owned a public relations firm for 30 years that has represented MC Hammer, Dionne Warwick, singer Jonathan Butler, the Republic of Gabon in West Africa and who was the chief of staff to former Mayor Marion Barry—the symmetry is intoxicating.

“It’s exciting for me because that’s what Anacostia Organics was intended to do—serve the community,” she said. “It’s a tough business. And it’s a very expensive proposition. But, in the end, it’s been such a blessing because of the support.”

The city’s April 1 stay-at-home order and the deadly nature of COVID-19 have led to AO tripling its normal business, Greene said.

“There’s so much anxiety that comes with coronavirus,” she said. “People want and need to be calm, so they stock up on their medication. And we are what we are supposed to be: Here for them.”

Greene’s business occupies a building that had been abandoned for 20 years. She found the owner, took him to lunch and a partnership was formed. Greene also made sure that all of her employees lived in the community.

All clients must have a Medical Cannabis Card to enter. Once inside, they find an array of products that aid, soothe and heal And the business offers discounts to low-income customers, seniors, veterans and residents of Wards 7 and 8, which comprise the neighborhoods east of the Anacostia River, long some of the district’s poorest.

“It’s been rewarding to see some customers go from wheelchair to walking with a cane in a matter of months,” Greene said. “I’m a fighter and a warrior for our people. And it’s special to get their support.”

John Johnson, a poet who lives near Anacostia Organics, was diagnosed two years ago with Stage 3 colon and rectal cancer. He went through chemotherapy, radiation and two surgeries.

The medical marijuana he purchases from Greene’s business has been “a blessing,” said Johnson, 39, who said his post-surgery pain and anxiety were significant.  “There’s no way in the world I would have been able to make it without Linda’s business. The drugs the hospital wanted me to take would have turned me into a zombie. To have a quality business right in my neighborhood has allowed me to manage pain and any uneasiness is a comfort.

“For her to pull of that business in this neighborhood, well, only she could do it.”

Greene garnered support partly because she has been a staple in the community. She hosted “Convos at Linda’s” for months before the store opened to get to meet her new neighbors as the community transitioned. Politicians and movers-and-shakers attended and shared invaluable information about government. She built trust.

The idea for the business was born over wine with friends and partners Yolanda Carraway and Sherri Blount. A month later, they formed BCG Holdings, Inc., and Greene took on the challenge.

“I threw myself into it,” she said. “But it was a tough journey.”

Greene attended cannabis conferences across the country, using her effusive, engaging personality to meet everyone she could, including the top figures in the game. Often, she was the only black woman around.

Using her political background, she challenged legislation and helped craft new laws regarding the evolving industry. It was a seven-year journey from inception to opening reception.

“I was overwhelmed by her warmth and willingness to devour information, to help and the advance the cause, which was (and is) creating more meaningful opportunities in the cannabis industry for people of color,” Jesce Horton, co-founder of the Minority Cannabis Business Association. “It took a lot of work for her to open up her store. I heard about it out here in Oregon. But she made it happen.”

When she went to her first MJBiz Conference—the largest annual cannabis convention, held in Las Vegas—there were no more than 15 African Americans, she said, of 2,000 attendees.

That was six years ago. Last year, there were 45,000 at the conference, and Greene, 68, was one of the featured speakers. Indeed, she is entrenched in the cannabis world.

She sits on the executive team of the Cannabis Trade Federation, working closely with the Board of Directors and chief executive officer. Additionally, she is the chairwoman of the federation’s Diversity, Equity, and Inclusion Task Force, which includes civil rights leaders and minority industry executives.

She used her knowledge of politics to change the industry in D.C.—and she held the city’s first Cannabis Job Fair. It’s the latest in a record of service that includes service on boards that advocate for human rights, cancer cures, music, among countless others.

“She’s a special woman doing special things,” Johnson said. “If nobody else, our community respects and appreciates her.”