The Afghan government released 361 Taliban inmates this week and the Taliban released 20 Afghan civilian prisoners last Sunday, but Taliban militants killed at least 30 civilians within a week in various parts of the country. 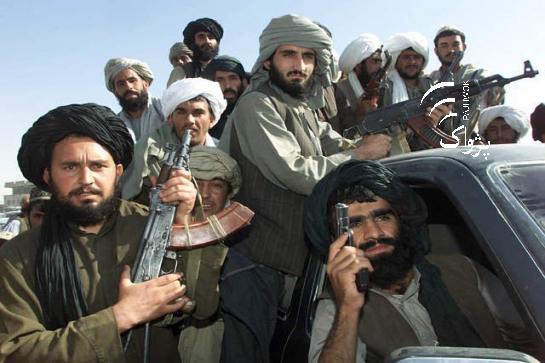 U.S. Special Envoy for Afghanistan Reconciliation Zalmay Khalilzad on Monday welcomed the release of prisoners and urged the Afghan government and the Taliban to accelerate the process.

Meanwhile, Taliban militants killed at least 30 civilians within a week in various parts of the country, the Afghan National Security Council said on Sunday.

Khalilzad, the senior American diplomat, wrote on his Twitter account that releasing prisoners is “an important step in the peace process and the reduction of violence.”

Afghan National Security Council spokesman Javid Faisal said the Afghan government had released 361 Taliban inmates this past week from the Bagram prison, located about 90 minutes north of Kabul. A total of 1,500 Taliban prisoners will be freed under the current presidential decree.

The U.S.-Taliban deal stipulates the release of up to 5,000 Taliban inmates and 1,000 government personnel held by the group.

But still the killings continue, according to the Afghan government.

“The Taliban killed 30 civilians in Balkh, Ghazni, Farah, Kuduz, Kandahar, Logar, Maidan Wardak, Nuristan and Herat provinces during the last seven days,” Faisal tweeted. “Most of the civilian deaths resulted from roadside bombings. In order to advance peace talks, the rebels must cease fire so no civilians are harmed in the country.”

Taliban spokesman Zabihullah Mujahid denied the government’s claim in a tweet, saying “they do not target civilians anywhere; it is the government and American troops who attack civilians in the country.”

The Ministry of Defense rejects the Taliban claims of civilians’ casualties during Afghan security forces airstrikes.

“As a result of Afghan Air Force airstrikes in Warduj and Nusay districts in Badakshan Province on April 10, and Kham Ab District in Jowzjan Province on April 11, heavy casualties were inflicted on the Taliban and praise be to Allah, no civilians were hurt,” the ministry’s statement said.

At least 21 Taliban militants have been killed and 22 others wounded in clashes with the security forces in Badghis and Balkh provinces, the minstry said on Monday, when Taliban fighters stormed security checkpoints in the Qadis district and Qala-i-Naw, the provincial capital of Badghis, late Sunday night.

Seven Taliban rebels were killed and 11 others wounded in the overnight firefight, said a ministry statement.

Five more militants were killed and six wounded when a bomb in their possession went off prematurely in the same area, the statement added.

Faisal said a government delegation visited the Soviet-era prison in Bagram last Monday, and that some Taliban prisoners would be released after the delegation’s assessment of the jail situation.

The prisoner releases are required by the U.S.-Taliban peace agreement.

“Both sides should accelerate efforts to meet targets specified in the U.S.-Taliban agreement as soon as possible,” Khalilzad said.  “The potential for COVID-19 outbreaks in prisons across the country posed a real threat and all the more reason to move urgently.”