‘The government is silent’: Muslim tribesmen kill Christian pastor and burn down school in Nigerian village

Residents blamed a military withdrawal and government inaction for the recent spate of attacks, which has left 20 dead. 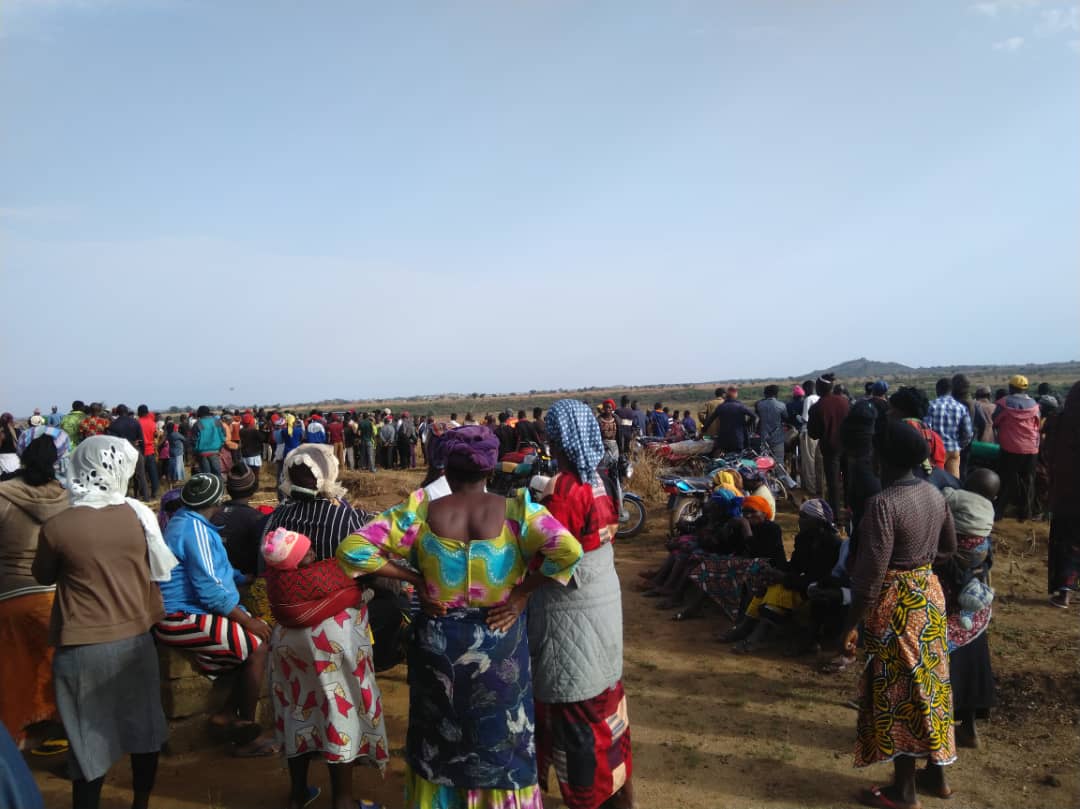 Residents of other communities came to Ngbra-zongo Wednesday to mourn the four people killed in an attack by militant Islamists. (Lawrence Zongo/Zenger News)

Radical Muslim tribesmen killed four people on Tuesday including a Christian pastor, and burned down a town’s only school, during an attack in Central Nigeria.

Abbah Yoki said he was the black-clad attackers’ first target as he left his room at about 7 a.m. Abbah said he saw 10 Fulani tribesmen split into three groups, and heard one give the order in the tribe’s dominant Hausa language for the rest to shoot.

“I was about to run,” he told Zenger News, when “the person giving them commands shot me on the leg.”

He narrowly escaped, he said. “My two children were killed, my neighbor and our pastor killed, too.”

Pastor Matthew Tagwi had only been posted to the community of Ngbra-zongo last month, said Chayi Biri, who also witnessed the attack. The other victims were Dih Sunday, Duh Abbah and Ishaku Abbah.

The incident is one of a string of attacks that have left more than 20 Nigerian civilians shot or hacked to death by Muslim militants near Jos, the capital of Nigeria’s Plateau State.

“This issue of COVID-19, we don’t know anything about it, but our problem is Fulani who are killing us,” said Pastor Yakubu Kpasha, putting his hand on the wall of a burned out school in Nkiendowro, a growing hamlet of 645 inhabited by the Irigwe tribe in the far western reaches of Plateau State.

Kpasha, like Tagwi, is a pastor of the Evangelical Church Winning All, a Christian denomination followed by hundreds of thousands of Nigerians. The Fulani tribe he was referring to is based just two miles away, and is notorious for its sometimes fanatic Islamism.

It wasn’t first time the school and church have been targeted. Three years ago, the Fulani killed 29 people at the school, he said.

“This is the second time my church was burned,” he said.

Ngbra-zongo, the site of Wednesday’s attack, is slightly more than four miles away from the police station in Miango, a 40-minute drive on the area’s roads.

Gata Moses, a resident, blamed the military and the government for not doing enough to stop the attacks, and said withdrawal of soldiers from the community contributed to the series of attacks.

“The military are not doing enough to see the attacks come to an end without arresting any of the Fulani attackers. The government is silent,” he said. “Security officials arrived after people had been killed; this is always our experience after attacks.”

Police did not arrive in the village until the next day.

“We will do our best to arrest these criminals,” Romans said, urging the villagers to report problems to public officials.

The church is a 20-minute drive from Forward Operating Base Jebbu, where soldiers are on duty to prevent violence.

The Third Division of the Nigerian Army’s base is an hour’s drive to the east in a suburb of Jos, 30-40 km away from the Irigwe villages, said Kyle Abts, a director of the International Committee on Nigeria and a former missionary.

“The fact that the Nigerian army did not make an effort to defend citizens so close to their command center is outrageous,” he said.

Sunday A. Abdu, President of Irigwe Development Association, pointed to the deliberate departure of soldiers manning checkpoints leading to the villages of the Irigwe Chiefdom.

When it started March 21, “we thought was a routine military action and expected to see another set deployed,” Abdu said.
The checkpoints remain unmanned, according to several local pastors interviewed by Zenger.

The Rev. Akila Adamu, associate pastor of First Evangelical Church in suburban Maryland, a sister congregation of Kpasha’s church, said he believes the recent attacks are related, “the work of a single organized gang of terrorists,” Adamu told Zenger News.
Seven senior citizens were burned to death in their group residence in the village of Hukke on April 1 by men carrying AK-47 rifles.

“We want the U.S. government to contact the Nigerian government to demand that its law enforcement agencies intervene,” Adamu said to Zenger, calling for “a high-level public investigation of the Nigerian army commanders and police officials responsible for security in Bassa.”

According to civil society watchdog Intersociety, between 11,500 and 12,000 Christians have been killed since June 2015, when the current Nigerian government took control. Of those, jihadist Fulani herdsman were responsible for 7,400 deaths; Boko Haram, 4,000; and highway bandits, 150-200 deaths.