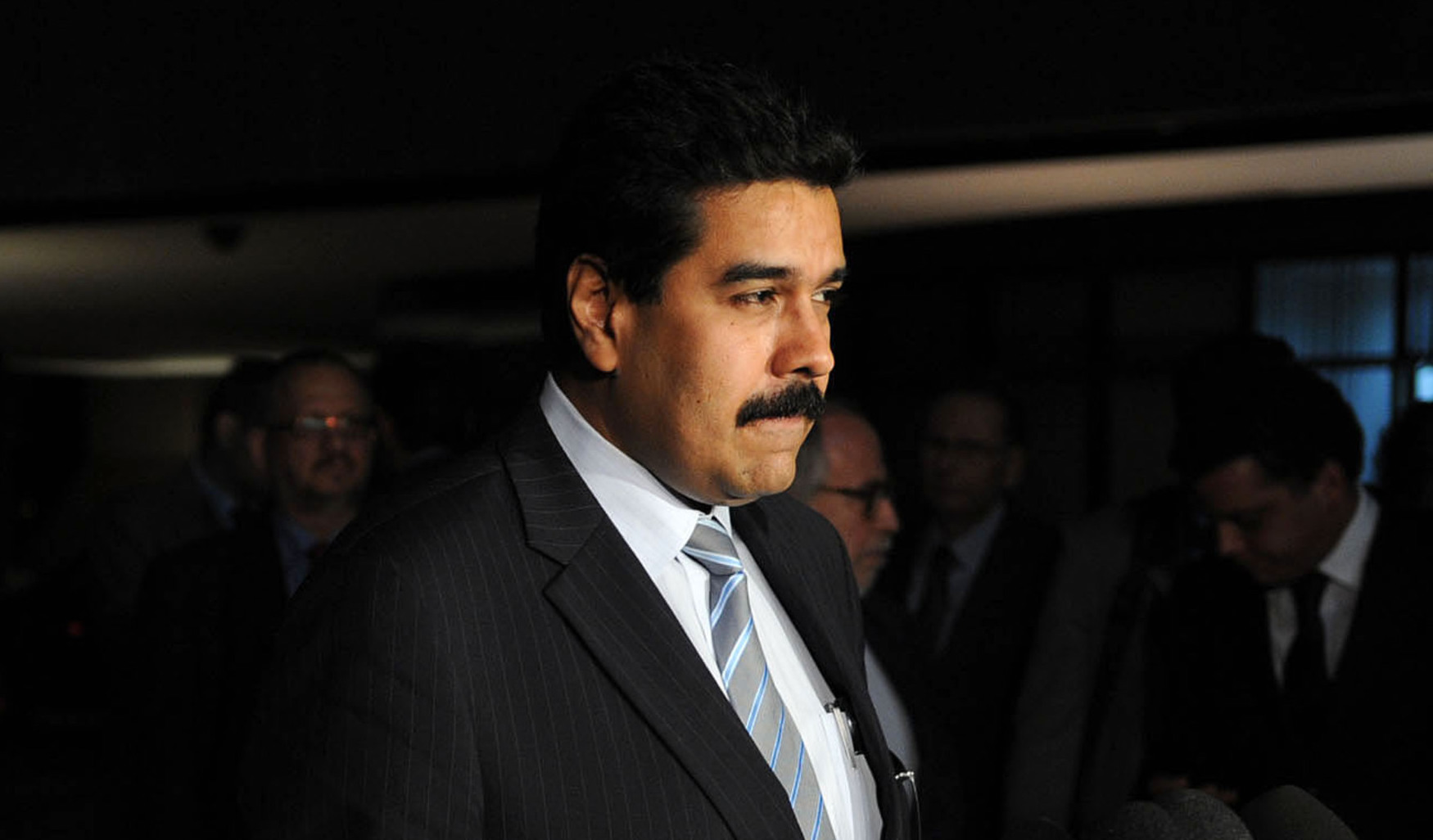 “All women should have six children!” Venezuelan president Nicolás Maduro exclaimed during a televised event promoting women’s health care policies. That was before the coronavirus pandemic reached his country, and before American federal prosecutors indicted the leader on drug trafficking charges.

News outlets leapt to cite the push for a population boom in early March, but few noted the context: Maduro had just finished interviewing a mother of five who said she was expecting her sixth child.

“May God bless you for having given the mother country six little boys and little girls,” Maduro told her. “Give birth, then! Give birth! All women should have six children, all of them! Let the homeland grow!”

The event promoted the Plan Nacional del Parto Humanizado y Lactancia Materna which the Venezuelan government says it created in 2017 to support Venezuelan women in all stages of pregnancy. “We must constitutionalize these missions so that no one can ever privatize the rights of the people,” its website quotes Maduro as saying.

Yet personal accounts and data have challenged the value of Maduro’s healthcare plan for pregnant women.

Critics blasted Maduro when his televised statements went viral. “Hospitals are not functioning, vaccines are scarce, women cannot breastfeed because they’re malnourished, and can much less afford baby formula,” tweeted Manuela Bolívar, member of the National Assembly, which backs Juan Guaidó, opponent to the Maduro regime. The U.S. recognizes Guaidó as the nation’s legitimate leader.

“Forced migration due to this humanitarian crisis. Maduro and his entire regime are psychotically dissociated when they say these things,” said Bolívar.

“They don’t even teach us to learn the names of the women,” said obstetrician and doula Anacorina Comach, “only their pathology or cause of hospitalization. They don’t teach us to listen to them, but instead just to do the job as quickly as possible.” Comach contributed to a 2018 women’s rights report by the Venezuelan nonprofit Center for Peace and Justice.

Maduro’s government has not published official infant mortality rates in recent years, though UNICEF estimates the rate at 24.5 per 1,000 births. That would place Venezuela among the worst one-third of all nations.

A United Nations study found last month that 1 in 3 Venezuelans are not getting enough to eat. Between 2015 and 2016, citizens lost an average of 19 pounds. At the same time, unwanted pregnancies are common because contraceptives are scarce in growing poverty and laws limit abortion.

The nation’s statistics stand in contrast with the United Nations’ awards to Maduro in 2013 and 2014 “for having reduced hunger in Venezuela.”

Venezuela’s population fell from its peak of over 30 million inhabitants in 2015 to 28.87 million three years later, according to the World Bank. This rapid population decrease, marked by staggering rates of out-migration, stands as the only fall in the past 60 years.

And not even a month after Maduro’s call for more babies, Venezuela’s healthcare system––already on shaky grounds due to lack of medical supplies––has to face another challenge: the COVID-19 pandemic. As of Friday, there were 146 confirmed cases in the country and five deaths, according to data compiled from official sources by Johns Hopkins University, though figures remain controversial.

“The lack of numbers on testing, numbers on possible cases, and numbers on discarded cases prevents us from having a real vision of the epidemic in the country,” tweeted Venezuelan endocrinologist Marcos Lima Martínez.

As COVID-19 spreads, Human Rights Watch says that an outbreak in Venezuela “would threaten the rest of Latin America,” as happened with measles in 2018, two years after the Pan American Health Organization identified the Americas as the first measles-free region in the world. Venezuela’s vaccine shortages changed that, spreading the disease to 14 countries.

In 2019, the Global Health and Security Index rated Venezuela 176 out of 195 countries in overall preparedness for biological catastrophe.

And on top of the growing threat of disease, the U.S. indicted Maduro last week on drug trafficking charges dating back to 1999.

The U.S. already has at least 144 sanctions against individuals connected to Venezuela, as well as on the state oil company, government and central bank put into place by the Trump Administration. The U.S. has also sanctioned Rosneft Trading S.A., a Russian oil company that had been helping Venezuela with oil imports.

“The most vulnerable people in these countries are not responsible for politics against which sanctions were placed,” said United Nations High Commissioner for Human Rights Michelle Bachelet said a few days before the indictment. “In this decisive moment, sectoral sanctions should be eased or suspended for public health reasons as much as to reinforce rights and defend millions of lives in sanctioned countries. In the context of pandemic, the measures that obstacle medical attention in any country increase the risk for all.”

In mid-March, the International Monetary Fund rejected Maduro’s appeal for $5 billion in pandemic aid, on the grounds of “no clarity” on whether the nation’s ruler is Maduro or opposition leader Guaidó.

“The indictment against Maduro will also have unforeseen humanitarian impacts for a nation already incapable of providing its citizens with the most elementary public services,” said Defense Priorities fellow Daniel R. DePetris. “Filing criminal charges against Nicolas Maduro may be emotionally satisfying for the investigators and prosecutors who have been working on this case. But in terms of foreign policy, this action seeks to replace one problem with another, a mistake that will have unintended humanitarian, political, and diplomatic repercussions.”