The Sindh govermnent invoked a public order law to prevent Ahmed Omar Saeed Shaikh and his three co-defendants from walking free while prosecutors appeal the surprising acquittals to the nation’s Supreme Court. 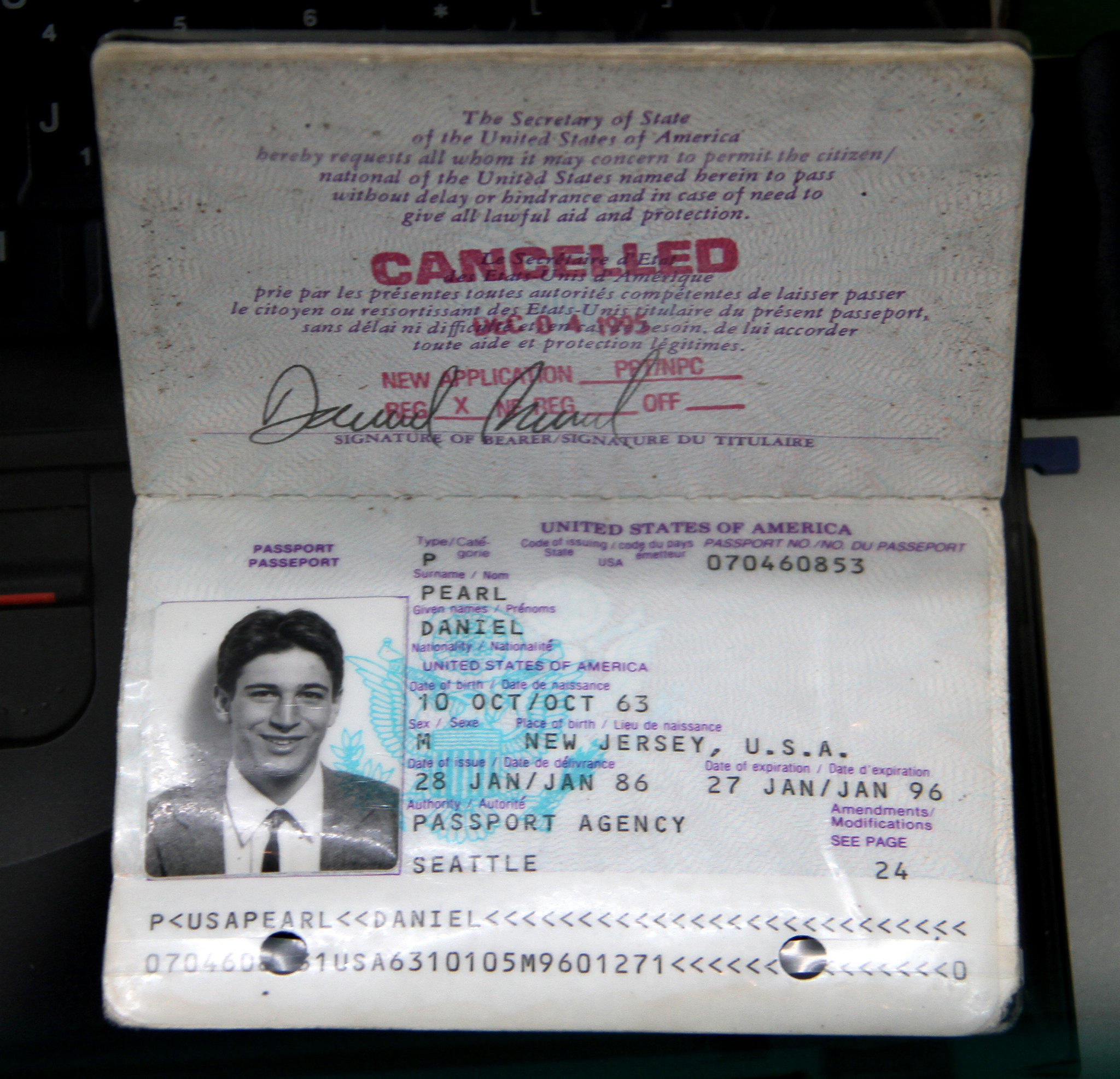 This photo of Daniel Pearl's passport was taken May 14, 2010 at the Newseum in Washington, D.C., where it was on display. Pearl was kidnapped and beheaded in 2002. (David/Flickr)

KARACHI, Pakistan—The Sindh High Court has overturned the death sentence of Ahmed Omar Saeed Shaikh, convicted in 2002 of masterminding the kidnapping and murder of American journalist Daniel Pearl. But government officials have invoked a public-order law to keep him and his three co-defendants locked up.

Shaikh’s three co-defendants were acquitted on appeal, their life sentences voided. Shaikh’s punishment was reduced to seven years, far less than the 18 years he has already served behind bars. while awaiting the outcome of his appeal.

“The murder charges were not proven, so he has been given seven years for the kidnapping,” defense lawyer Khawaja Naveed said.

Through the Maintenance of Public Order law, the Sindh government can detain all four men for another 90 days while it plans a Supreme Court challenge. A public notice issued by the Sindh Home Ministry declared Friday that releasing them could jeopardize law and order.

Pearl, a U.S. national and The Wall Street Journal’s South Asia bureau chief, was kidnapped on Jan. 23, 2002, in Karachi and was later beheaded by his captors. They filmed Pearl’s gruesome murder and sent the footage to the U.S. consulate in Karachi, sparking widespread condemnation and outrage.

At least four people were convicted for Pearl’s murder, including Sheikh, who was sentenced to death in 2002 for masterminding the crime. He has been in jail for 18 years awaiting the outcome of an appeal.

His three alleged accomplices were acquitted Thursday. Fahad Naseem, Syed Salman Saqib and Sheikh Mohammad Adil had been sentenced to life imprisonment with fines of Rs500,000, about $3,000, each.

The court had also ordered them to pay Rs. 2 million, about $12,000, to the victim’s widow, Mariane Pearl. They filed high court appeals in July 2002.

On Twitter, Alice Wells, the top U.S. diplomat in the region, praised that challenge. “Those responsible for Daniel’s heinous kidnapping and murder must face the full measure of justice,” she said.

Sheikh is a British national of Pakistani origin and was known to have links with militants for years. He was jailed in India on charges of kidnapping western tourists in 1994. India freed him in 1999, in exchange for the release of passengers of an Indian flight hijacked and taken to Kandahar in Afghanistan.

Former President General Pervez Musharraf in his book, “In the Line of Fire,” revealed that Sheikh was recruited by British MI6 agents when he studied at the London School of Economics.