Nilson Cañénguez runs a construction company that employs more than 200 workers. His American dream could soon come to an end. 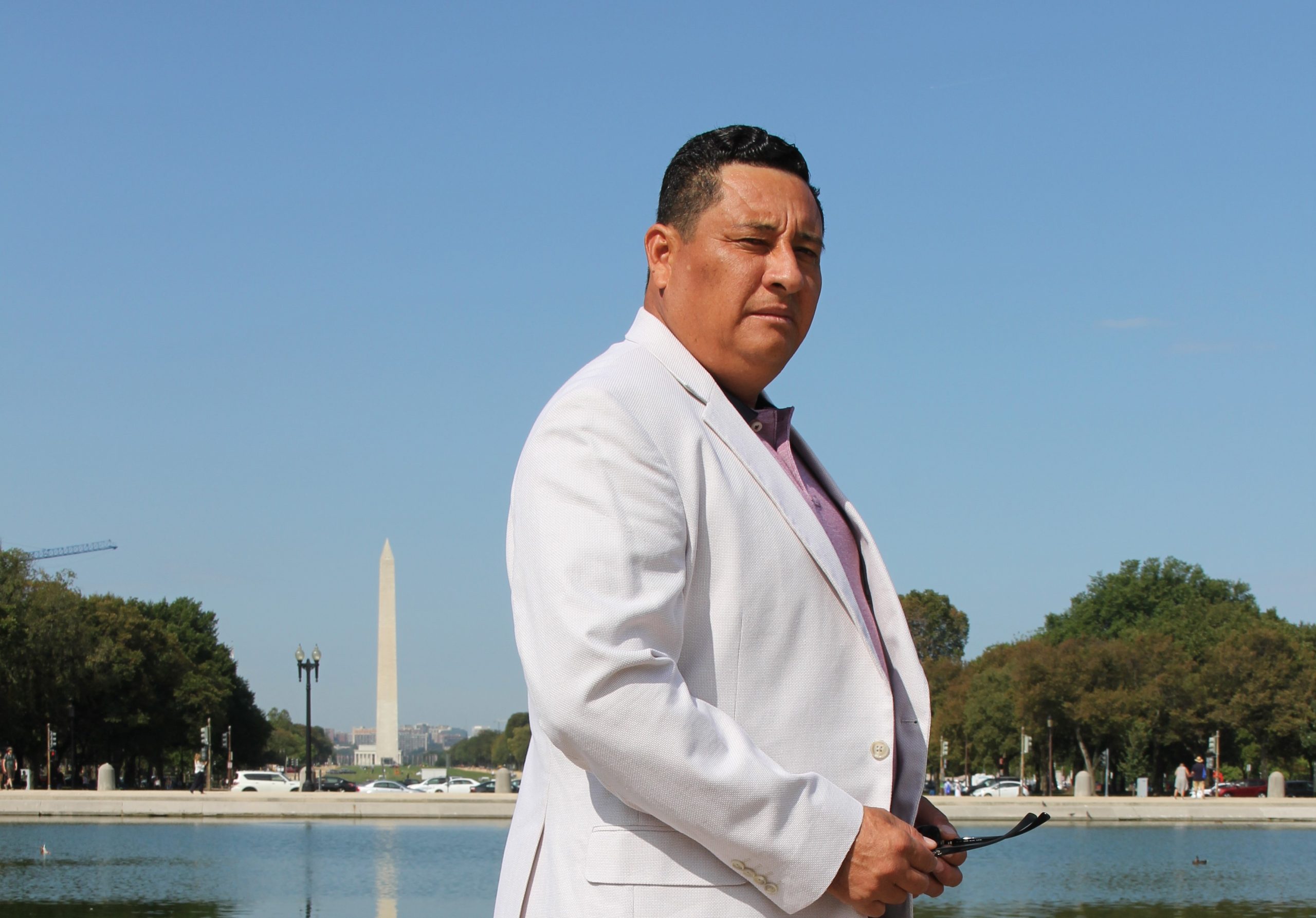 As a construction worker, Nilson Canenguez helped rebuild the Pentagon after the terrorist attacks of Sept. 11, 2001. (Tomas Guevera/Zenger News)

Nilson Cañénguez was working a highway infrastructure construction job a few miles from the Pentagon on 9/11, standing on a scaffold as a terrorist crashed a passenger jet into America’s military headquarters.

Although he had arrived in the U.S. illegally the year before, he would soon be working to repair the building. Now the Trump administration wants to shut down the program that allows him and 195,000 other Salvadorans to live and work legally in the U.S.

Cañénguez manages more than 200 workers at his company’s suburban Maryland headquarters. The Quality Construction Logistics CEO reflects on how the deadliest terror attack in American history shaped his career.

“I couldn’t imagine that a few months later I would be part of the Latino workforce that came to reconstruct the Pentagon,” he told Zenger News.

“Building” and “rebuilding” are words he repeats often when he talks about his life in America. When Hurricane Katrina destroyed New Orleans in 2005, Cañénguez and thousands of other Hispanic workers traveled to Louisiana to help rebuild.

Cañénguez has worked on the Capitol Visitors Center in Washington, and on the iconic U.S. Capitol Dome’s renovations. Those experiences, he said, helped turn him into an entrepreneur.

“That made me see further, being there working on a building of such historical value and importance to the nation, and the fact that we leave a mark on the history of the country is very rewarding,” he said.

Cañénguez has tried to help Salvadorans back home in the town of Jujutla near the Guatemala border. He donates to a nonprofit organization that works on improving health and education conditions and creating employment opportunities.

His family-owned company has produced concrete-reinforcing steel since 2010, providing materials for federal buildings and has a portfolio of other clients. It all depends on the Temporary Protected Status program, created in 1990 to grant humanitarian immigration status to people from war-torn or disaster-hit nations.

“In the construction sector we work up to three years in advance for future projects, so this limbo of not knowing what will happen with our legal status is an uncertainty that affects me, my family, and the future of the company,” he said of the program, targeted for termination by the Trump White House.

Courts have blocked the administration from ending TPS. Previous administrations from both parties have renewed the status of hundreds of thousands of people from ten countries included in its protections. Twelve other countries have come and gone from the program.

The Department of Homeland Security announced last fall that the administration will extend work permits for Salvadorans in the program rather than creating a flood of migration to the south.

“The Administration’s goal is to create an orderly and responsible process to repatriate Salvadorans and help them return home; however, a sudden inflow of 250,000 individuals to El Salvador could spark another mass migration to the U.S. and reinvigorate the crisis at the southern border,” the department said in a news release.

Cañénguez and his wife are waiting for the outcome of the program’s cancellation that will define his future in the U.S. His children, who also reside in the U.S., are beneficiaries of Deferred Action for Childhood Arrivals, a federal program for children who were brought to the U.S. illegally as children.

“Our contribution as immigrants has been silent, but very important, we have been involved in the most difficult moments of this nation, putting our shoulders to the wheel to rebuild and move forward,” he said.

Cañénguez said he is grateful to the country where he has had opportunities to learn and grow but feels “on the edge of the sword” as his entrepreneurial career remains clouded in uncertainty.