Lower fees for consumers and new options for electronic banking could help Japan’s banks cope with fallout from COVID-19. 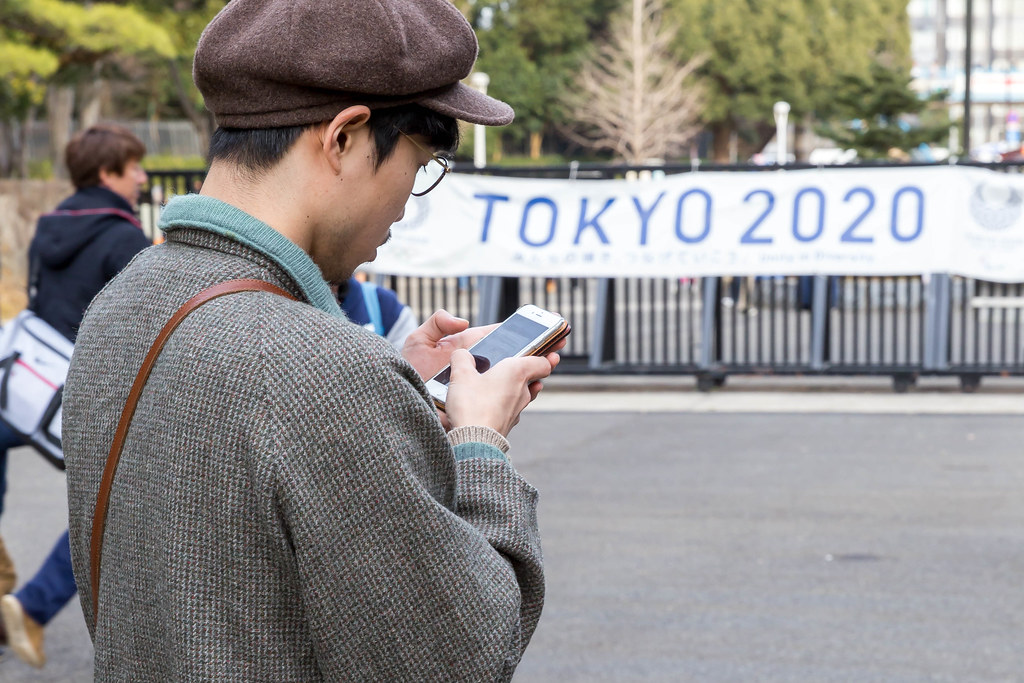 The 2020 Summer Olympic Games have been postponed until 2021. (Marco Verch/Flickr)

NIIGATA, JAPAN—Though Japan has done relatively well so far in curtailing the spread of the coronavirus, its economy is reeling from the disease. But Japanese banks bet big on the 2020 Tokyo Summer Olympics, and now that the Games have been postponed a year the country’s financial sector is looking for innovative ways to grow.

“We all will be able to celebrate the Olympic Games Tokyo 2020, even if it’s only in ‘21,” said Thomas Bach, president of the International Olympic Committee, told reporters. “We agreed to postpone the Olympic Games Tokyo 2020 to ‘21, at the latest summer ‘21. This is the good news. But there is a lot of uncertainty remaining … uncertainty for the entire humanity. We all are together in a very dark tunnel.”

Japanese businesses have been counting on profits from the Summer Olympics this year. The losses could also affect banks if loan payments are reduced or loans aren’t repaid this year.

But Japanese banks were experimenting with financial innovations before the coronavirus crisis, which could help them soften its long-term effects. Japan has so far nearly 2,200 COVID-19 cases and 57 people there have died of the disease, according to data compiled by Johns Hopkins University.

Japanese banks are competing with one another to reduce fees, a trend that could spread. Some banks are also considering partnerships with U.S. banks to obtain an additional source of profits, a process that could be expedited in the post-pandemic global economy. Japanese banks may find it easier to retain their customers, given that many still require face-to-face interactions—a difficult proposition given the global pandemic.

Consumers have warmly greeted the fee reductions spurred by bank mergers. The cuts have surprised analysts given that Japan’s interest rates remain relatively low and the Japanese banking sector, worth $289 billion and the fourth-largest in the world, has struggled to stay profitable.

The U.S. Federal Reserve announced earlier this month that U.S. interest rates would be set to zero percent in response to the coronavirus. In response, the Bank of Japan announced that it would increase its purchase of corporate bonds and commercial papers issued by companies by 2 trillion yen until the end of September. The Japanese central bank, however, stopped short of lowering interest rates.

Prime Minister Shinzō Abe’s policies have long included low interest rates and quantitative easing, similar to banking policies of the U.S. Federal Reserve under President Trump and President Barack Obama, and often styled “Abenomics” by commentators. These low interest rates have made profits harder to find for banks that have traditionally focused on business loans and did not focus on consumer banking fees or other sources of revenue.

The reduced profits on loans and bonds is a global issue for banks, including those in Japan and the United States.

Japanese banks have also yet to digest the impact of the merger of Hokuetsu Bank with Daishi Bank in Niigata City, which created the 21st-largest bank in Japan and sent financial institutions around Japan scurrying to reduce fees further and focus on digital opportunities.

The move to reduce fees for ATMs and individual bank customers suggests Japanese banks are keen to draw revenue from other sources such as credit card processing fees charged to merchants.

“Daishi Bank has used network expansion to retain clients rather than focus on immediate revenue from fees,” said Iwaki Kenichiro, a financial expert and former employee at Prudential.

An analysis by Zenger News of financial reports from Daishi Bank over two years shows that profit from loans decreased from $282 million, about 30 Billion yen, to $273 million dollars, 29 Billion yen, from 2017 to 2018, after more significant losses in previous years. The merger may offer the bank a way to bounce back from these losses.

Other banks emphasize the use of debit cards and electronic options such as Rakuten Bank, and Seven Bank, which is affiliated with 7-Eleven convenience stores. The use of debit cards remains low in Japan, however, and the cards often cannot be used for online transactions or at highway stops and gas stations. This limits debit cards’ appeal for customers.

Thus, one potential area of expansion for Japanese banks is regarding financial technologies. Online banking is still limited to view only for balances, deposits, withdrawals and transfers for the customers of the banks where that is an option, like Rakuten Bank and Seven Bank.

The introduction this year of cell phone apps for viewing transactions means customers no longer need to rely on paper bank books to maintain their account and keep track of their money. Transfers, however, can only be sent through automatic scheduling transfers at bank branches or through ATMs—a challenge for banks as consumers may avoid ATMs and other financial facilities because of coronavirus.