Two doctors shopped for a summer home 40 years ago. Now their children oversee more than 20 employees at the family’s vineyard and winery. 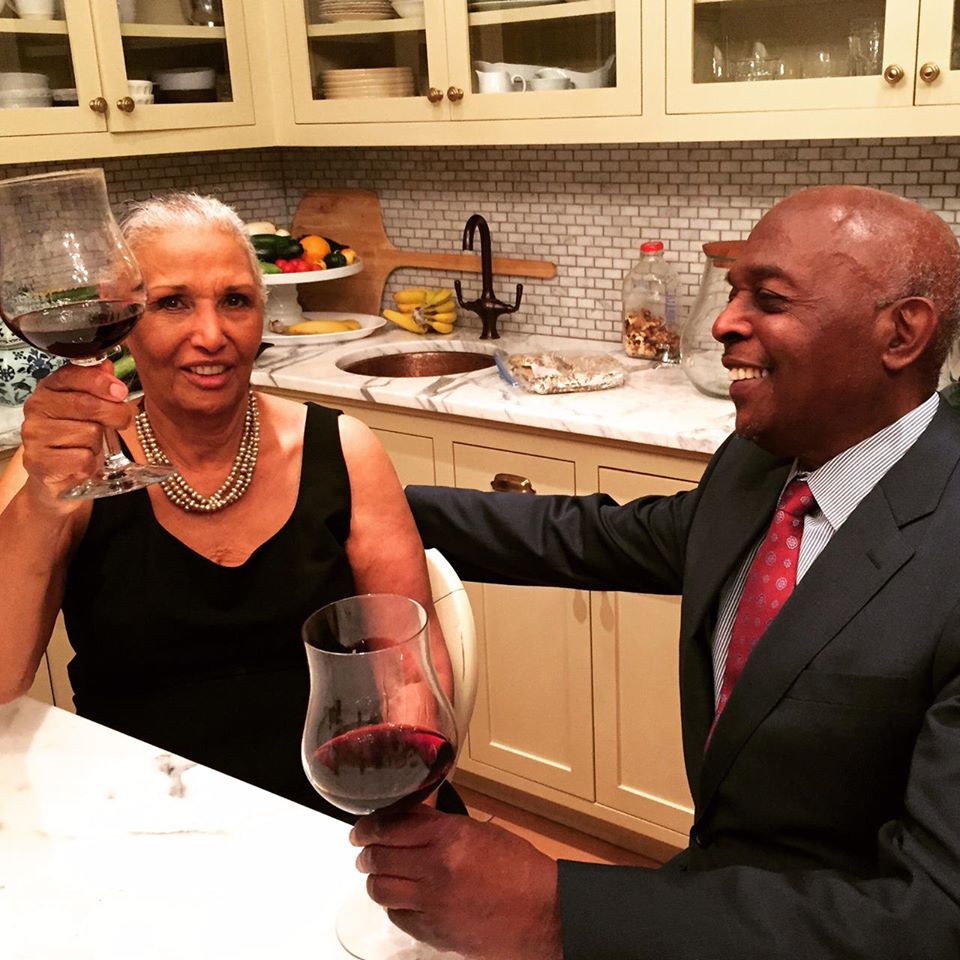 When Bassett and Marcela Brown went shopping for a summer home in 1980, the two doctors never dreamed the abandoned walnut orchard in Napa Valley would one day become the only black-owned vineyard in the heart of California wine country.

But that’s the story behind Brown Estate Vineyards, a better one than a trained MBA could craft.

Despite the property’s choice location, the winery came about almost as an afterthought for the couple, who had founded a pioneering medical practice in South Central Los Angeles in the late 1960s.

“They didn’t have any preconceived ideas about what they were going to do out here. They just fell in love with the place. It was only after meeting and talking with neighboring grape farmers that they started thinking about planting a vineyard,” said their daughter Deneen Brown, the president of the family’s winemaking business.

The couple fixed up the crumbling Victorian home that came with the property and eventually established a vineyard, seeing it more as a hobby than as a business, she said. It was “a way of life … less about making money or a name for yourself than it was about love for the land, craftsmanship, and a cooperative spirit,” she said.

When Deneen and her siblings Coral and David took over the vineyard in 1995, they didn’t intend to make their own wine.

“Mom and Dad did not intend for us to break into the wine business,” she said. “They were continuing to run their medical business in Southern California and expected all of us to get our MDs and join their practice … After we’d been growing and selling grapes for about five years, we understood that our fruit was something special based on how it was being handled by the producers who were buying it. We literally had a, ‘We should bottle it and sell it ourselves!’ moment.”

But when the family did fully set their minds on starting a winery, a disaster almost ruined the business. The warehouse where the wine was stored caught fire in 2000. Nearly all the wine was destroyed shortly after the product had debuted.

“As luck would have it, prior to the fire we’d sent two bottles of our 1998 [Zinfandel] to Robert M. Parker, Jr., widely regarded as the most influential wine critic in the world.,” the family says on the vineyard’s website. Parker’s glowing review created “tremendous enthusiasm” for the wine’s return to restaurants and store shelves and allowed the winery to be revived like “a veritable phoenix from the ashes.”

The three siblings have succeeded well beyond their expectations. Brown Estate Vineyard is a private, family-owned business and they declined to disclose financial figures, but has clearly grown and expanded. They started out making one wine, its flagship Napa Valley Zinfandel. In 2000, they added cabernet sauvignon; in 2002 came chardonnay; Chaos Theory, a red blend, debuted in 2004. Subsequently, they expanded their zinfandel offerings and added a few more varietals.

“We produce a lot more wine now than we did when we started,” Deneen Brown said. They now have about 20 employees.

In Napa Valley, Brown Estate Vineyards is one of a kind: the only black-owned business that grows, produces, and bottles wine on one contiguous property that they own. Brown is not sure why more African Americans are not involved in the winery business but believes cost is a factor. “ ‘I’m going to start a winery,’ is more than a notion,” she said.

According to a University of California study, the cost of establishing a vineyard in Napa Valley, where Brown Estates is located, is more than $37,000 per acre for the first three years. Experts say it will be at least that long before the winery begins to make a profit. So even a small 10-acre vineyard would need an investment of more than $1 million to get started.

The valley itself is small, just 30 miles long and five miles wide. According to Napa Valley Vintners, a trade association, 95% of the valley’s 475 wineries are family owned.

The learning curve is steep, too.

“The lessons learned in one vintage do very little to prepare you for the challenges you will face in the next,” said David Brown, whose title is winegrower, in a Q&A on the winery’s website. “As with so many things in life, success comes from being able to accurately predict what is coming next, which is something I am still trying to figure out how to do.”

Deneen Brown admits her family has been lucky. “Our entrance into this space was in many ways accidental and largely on our parents’ shoulders,” she said.

But she said hard work and determination have carried the business through. They have courted customers through wine tastings and special events, and the winery is especially active on social media.

“We are focused on doing our thing with integrity and humility,” she said. “Our learning curve as far as growing and evolving the business has been 25 years and counting. … It’s a very long game.”