These Middle East producers are fighting both climate change and the lure of modernity to preserve a centuries-old way of life.
By Joseph Hammond March 27, 2020
Facebook
Twitter
Linkedin
Email 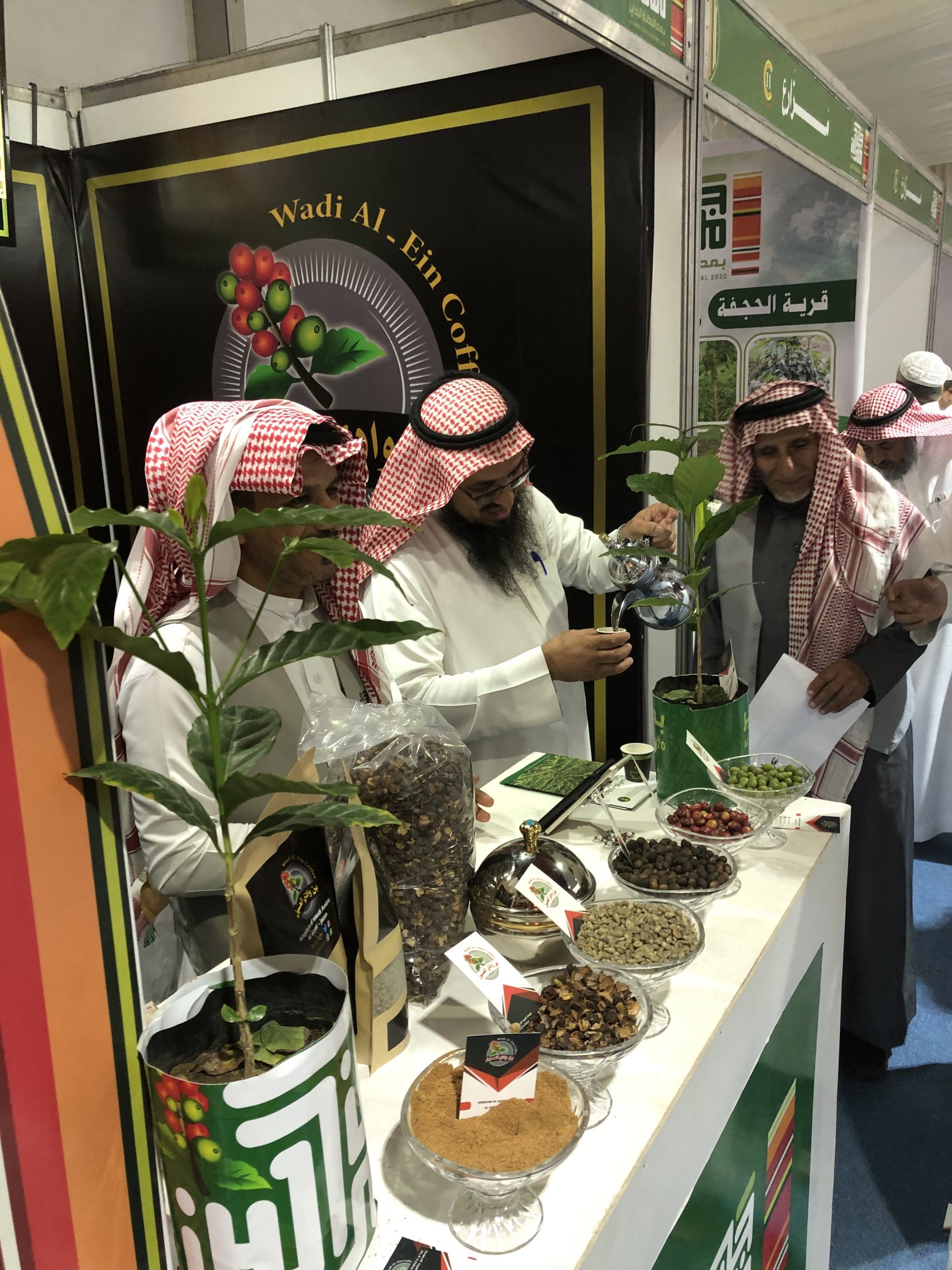 The Ad Dayer coffee festival is an important event for coffee farmers, traders and roasters, and a showcase for Saudi coffee culture. (J. Hammond/Zenger News)

JAZAN, Saudi Arabia—Before oil was discovered in commercial quantities in 1938, coffee was Saudi Arabia’s largest liquid-related export. Now the oil kingdom’s economic reformers are fighting to save traditional coffee growers from drought, disease and the lure of modernity.

If their efforts fail, the Arabica bean, among the most widely cultivated in the world, will disappear from a native home, the hopes of diversifying away from oil will whither and thousands of mountain people will lose an important piece of their culture.

More than a mile above sea level in the Jazan mountains of Southwestern Saudi Arabia, on a series of steep slopes cut into the mountainside, traditional coffee growers often dress like Ibrahim Jobran Al-Malki, who sports a wreath of flowers in his hair and a dagger on his belt.

Al-Malki’s wreath, which is typical of the region, is made of flowers and herbs—an ancient method to help stay cool in the tropical sun that must be replaced every two days. The humid mountain air makes cloth head-coverings less comfortable.

Al-Malki’s dagger tells an ancient story, too. On the opposite side of the sharp-sided valley, an old stone citadel looms over the valley, a reminder of times when daggers were worn for protection. These days, knives are more often worn for ceremonial occasions.

Coffee has grown here for centuries and coffee growing is an inherited way of life. “I hope to pass on coffee growing to my children, says Al Maliki, who inherited coffee farming from his father, “from tending to the trees to drying the cherries, coffee is part of our culture.”

The lush hillsides are a far cry from the stereotypical desert images of Saudi Arabia. Packs of hyenas and troops of baboons are far more common than camels and dunes.

Arabic coffee grows alongside a variety of other spices and fruits. The mountains of Jazan are quite similar to those across the Red Sea coasts of Ethiopia, Eritrea and Sudan where wild coffee first appeared. An unverifiable local story suggests that an 9th century Ethiopian herder discovered the effect of the caffeinated crop on his herd of goats and decided to sample it himself.

Saudi Arabia’s Jazan mountains overlook the Red Sea and lie the border with Yemen, where trade with the African coast goes back millennia. Dutch explorer Pieter van der Broecke became the first European to obtain a live coffee tree, which he brought back from Mocha in Yemen in 1616. Thus, coffee, not oil, was Arabia’s first “liquid” export until the tea-drinking British Empire began trading in the Middle East in the 19th century. Tea soon replaced coffee as the drink of choice in much of the Arab world.

Now the traditional crop and its unique way of life are making a comeback—though water supplies and the lure of modernity present challenges to this ancient crop.

A visit to the Al-Maliki farm, one of the largest, with producing trees, shows how some of these changes are affecting the region. Here coffee trees cling to dozens of terraces reclaimed from the hills over the centuries.

“Traditionally, a sampling is cut from a tree and is planted with honey and cinnamon,” Ahmed Al-Malki, Ibrahim’s father and the owner of the farm. Now a more efficient planting method is being tested, based on best practices learned in Brazil.

The Saudi government is seeking to combine traditional methods to harvest and produce coffee with modern methods to ensure the sustainability of coffee production. American, British and Brazilian experts have all visited the Jazan region in recent months to visit farms in the region.

One innovation that has been effective for the farm is the use of solar-powered dryers for coffee cherries.  In the past, farmers would have dried the cherries on the roofs of the region’s stone houses, where hungry insects would devour many of them. Modern fan dryers help speed up the process and keep predators at bay.

The government hopes to expand production by 2030 to become self-sufficient in the crop as part of the Saudi Vision 2030 development plan.

Coffee is what is considered an orphan crop. There are thousands of breeders of corn, rice, and wheat while there are only approximately 40 involved in coffee breeding to discover new varieties.

This is one of the reasons that Khawlani variety, for which the Saudi government is seeking recognition, has been so prized.

A lack of biodiversity could make the crop vulnerable to disease—an issue with other commercial plants grown in tropical regions. Globally, bananas are already threatened with extinction.

“Arabica coffee is threatened with extinction in South America and in order to preserve cultivation were experimenting with new techniques to ensure sustainable cultivation,” said Naif Bin Lebdah, the emir, or governor, of the Al Dayer region. He is referring to a form of coffee rust, the bane of growers in the Americas. In the 19th century, coffee rust devastated the Sri Lanka coffee industry, which never recovered.

Despite the threat of blight, there is substantial room for growth. “Only 15 percent of the terraces we could use again for coffee production are being used,” the governor said. “With the right support, there is plenty of room to expand.”

And there is a demand for more coffee production. Saudis are “coffee mad.” By some estimates, the kingdom is now one of the world’s 10 largest consumers of coffee.

Bin Lebdah visited Al-Malki’s farm with a group of invited journalists as part of the Ad Dayer coffee festival, an event to draw attention to the region’s unique crop.

Still, the future of Saudi Arabia’s coffee region is in doubt. Water shortages, especially at midday during the 10-month dry season, are a constant threat to coffee trees, which farmers say are always thirsty.

Another challenge is the appeal of jobs in Arabia’s bustling cities, seducing many from traditional lives of coffee-growers in the mountains.

Saudi Arabia has sought a UNESCO protected status for its indigenous Khalwani coffee as much to save the plants as the people who tend them.