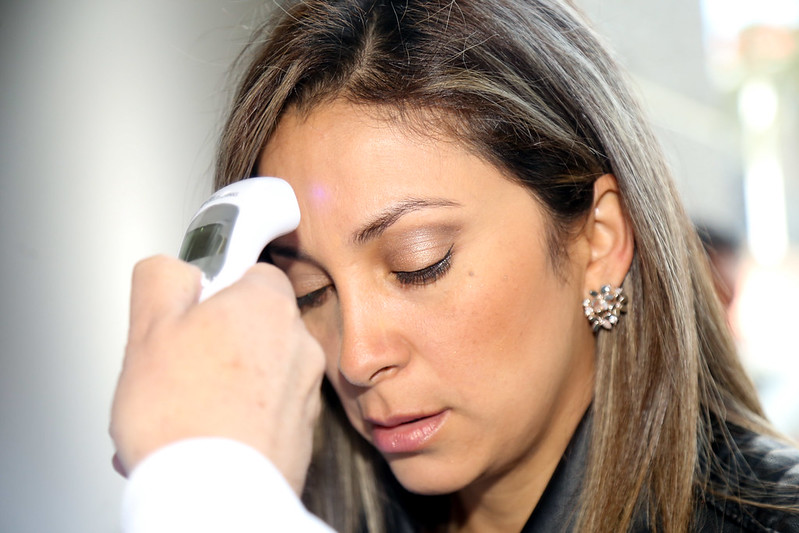 In the past week, Ecuador’s coronavirus outbreak has caused a diplomatic row and the resignation of the minister of health—as the country has seen an increase in COVID-19 cases.

The Ecuadorian army will be deployed to the streets this week to enforce self-isolation measures, which began March 16. These measures so far have included the closures of schools, borders and restaurants as well as a curfew from 9 p.m. to 5 a.m.

“We are seeing the consequences of those two weeks, of those 14 days, which are key,” said Cevallos.

Despite implementing many measures to control the spread of the virus, the country has seen a sharp spike as confirmed cases jumped to 1,211 on March 26. Ecuadorians feared the rise, but health officials expected it and braced themselves for the evolution of the pandemic in this country of 16 million.

Health Minister Catalina Andramuño resigned from the government of President Lenin Moreno on March 21 over a lack of funds for the COVID-19 response after she toured Guyaquil, the worst-hit Ecuadorian city.

The resignation comes as a diplomatic incident also disrupted Ecuador’s response to the crisis.

A row of municipal vehicles parked on the tarmac of Ecuador’s second-largest airport on March 18 has provoked a severe diplomatic breach with the European Union.

Cynthia Viteri, the mayor of Guayaquil, ordered municipal vehicles to the airport to prevent Iberia and KLM flights from Europe from landing in Ecuador because of fears that they could serve as vectors for the virus.

The flights had been authorized by national authorities and were arriving to repatriate European nationals. EU representatives have condemned the move, which could be Ecuador’s most serious diplomatic crisis since WikiLeaks founder Julian Assange sheltered in the country’s embassy in London.

“When Ecuador was shaken by a tragedy in 2016, Spain did not hesitate to help this country in a moment of need. Today I demand … that the EU responds to this cowardly and irresponsible act, of Guayaquil’s mayor unworthy act of the noble people of Ecuador,” said Jose Ramón Bauzá, a member of the European Parliament for the Ciudadanos, on Twitter.

Viteri announced the following day that she tested positive for coronavirus, a statement met by skepticism and strong reactions in Ecuador.

For many in Ecuador, the economic pressure resulting from the virus is just as worrying as the virus itself. Political protests against austerity measures shuttered businesses across the country for several days in October and have hurt the economy. The OPEC member state has also been hit hard by low global oil prices.

According to the Ecuadorian Institute of Statistics and Census, 46% of the Ecuadorian population is part of the informal economy or gig economy, to some extent, and the lockdown will hurt their livelihoods, with no insurance or policy in place to compensate those affected.

Minister of Government Maria Paula Romo said in a virtual press conference that taking measures to shut down the country completely are hard to implement.

“It is hard to say to them, as authorities, nobody goes in or out. We are in a country where 36% of the population lives in rural areas and depends on daily agricultural labor to survive,” said Cevallos.

Guayaquil leads the country in Corona cases, but activity in the streets has not halted as much as authorities may have hoped.

“Sadly, the self-isolation measures are not being respected,” said Santiago Arcos, a photographer covering the crisis in many areas Zenger News was unable to reach. “In many situations you see how people are not respecting the norms and are not carrying out preventive measures the right way.”

Arcos said there are changes and more people abide by the rules everyday as information on COVID-19 reaches the most remote areas in the country. Still, a trip last weekend to the congested region of the city provided an unfortunate scene.

“Hundreds of elderly [people] were queuing in a panic to withdraw their monthly pension. There were hundreds, and people were coughing, there were street sellers, so no social distancing respected,” said Arcos. “It’s quite discouraging.”