General Electric and the Democratic Republic of Congo will work together to repair the country’s Inga II Dam. 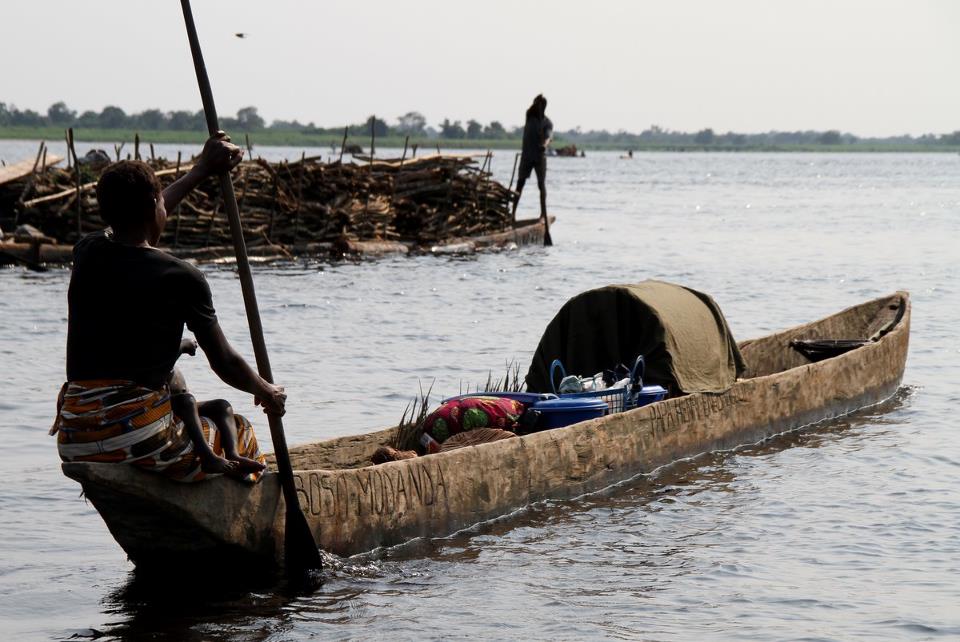 China has overtaken the U.S. as a trading partner with Africa, in part by investing in infrastructure. With a recent deal involving a key American company, though, a critical African state is seeking to diversify away from Chinese domination of the infrastructure market

Last month, GE South Africa Ltd. and the government of the Democratic Republic of the Congo signed a memorandum of understanding for some $1.8 billion worth of projects.

If completed, the Grand Inga Dam on the River Congo by General Electric will be the largest hydro-electric power generating facility in the world.

“Inga 2 is part of the planned Grand Inga hydropower scheme which, at 40 [gigawatts], would be the world’s largest and would be almost twice the size of Three Gorges in China. GE is helping to power the DRC now with Inga 2 and possibly much of Africa with Grand Inga,” said GE in a public statement on the project.

The arrangement between GE and the Congo includes $1 billion for upgrading the existing dams at the site, Inga I and II, and $800 million for health infrastructure projects as key steps toward a more significant role.

GE’s move is likely welcomed by the Trump administration, which has focused its Africa policy on countering Chinese and Russian influence. Conversely, most African governments have appreciated investments from all comers and would see the world’s leading economies work together in expanding Africa’s infrastructure network.

Over the past two decades, China has invested in a number of infrastructure projects on the continent focused on bringing Africa’s raw materials to Chinese markets.

Congo is still recovering from the impact of its brutal civil war.

A 1996 rebellion against longtime dictator Joseph Mobutu led to a serious of conflicts sometimes occasionally referred to as “Africa’s world war” because the conflict drew several African countries eager to gobble a piece of Congo’s vast natural resources. The last of those conflicts, the M23 rebellion, ended in 2013. As many as 5.7 million people, died mostly of disease and starvation, in those conflicts—the bloodiest war since World War II by most estimates.

With armed groups still operating in the Eastern Congo, many Western companies could not stomach the political risk of working in the Congo. Enter China, who has expanded its role in the country significantly in recent years. An agreement signed in 2007 between China and Congo hailed as the “deal of the century” offered Chinese built infrastructure to the Congo in exchange for vast mineral rights.

The new government of President Felix Tshisekedi is planning a different path, with a particular focus on the Inga Grand Dam. The project offers the Congo the potential to one day export a refined good—electricity—to its neighbors.

Kinshasa, the capital of the DRC, is set to host a regional support project for Inga Dam on April 28 that will include the governments of Angola, Kenya, Uganda, Republic of the Congo, Rwanda, South Africa and the African Union’s special envoy for the project Former Kenyan Prime Minister Raila Odinga.

“We have the Inga Dam, which has long been identified to have the capacity to power the Continent,” said Odinga said in a Twitter post last year.

DRC officials have expressed a desire for the U.S., China and other nations to join in realizing the vast potential in the DRC for hydropower driven energy production. Collaboration between the world’s two economic giants in expanding Africa’s infrastructure could benefit the country’s 69 million people without electricity.

“The fact that this is taking place is positive for the country. The only way to this project to be successful in the long term is for GE to maintain a strong private sector relationship with the DRC,” said Uchenna Ekow, said an African policy analyst and professor at New York’s City University.

Inga I and II were built in the 1970s and 1980s. They have a combined capacity to generate 1,778 MW. However, through decades of war and disrepair, both dams are operating below capacity.

“The energy need in the Congo and Africa is enormous. It is imperative that the economic model must be different from Inga I and II. The DRC must restructure the entire ecosystem and give it a clear vision and a well-defined strategy in order to make this project a real boost for the development of the DRC and Africa,” said Thotho Mabiku, an engineer and adviser to Tshisekedi’s 2018 campaign.