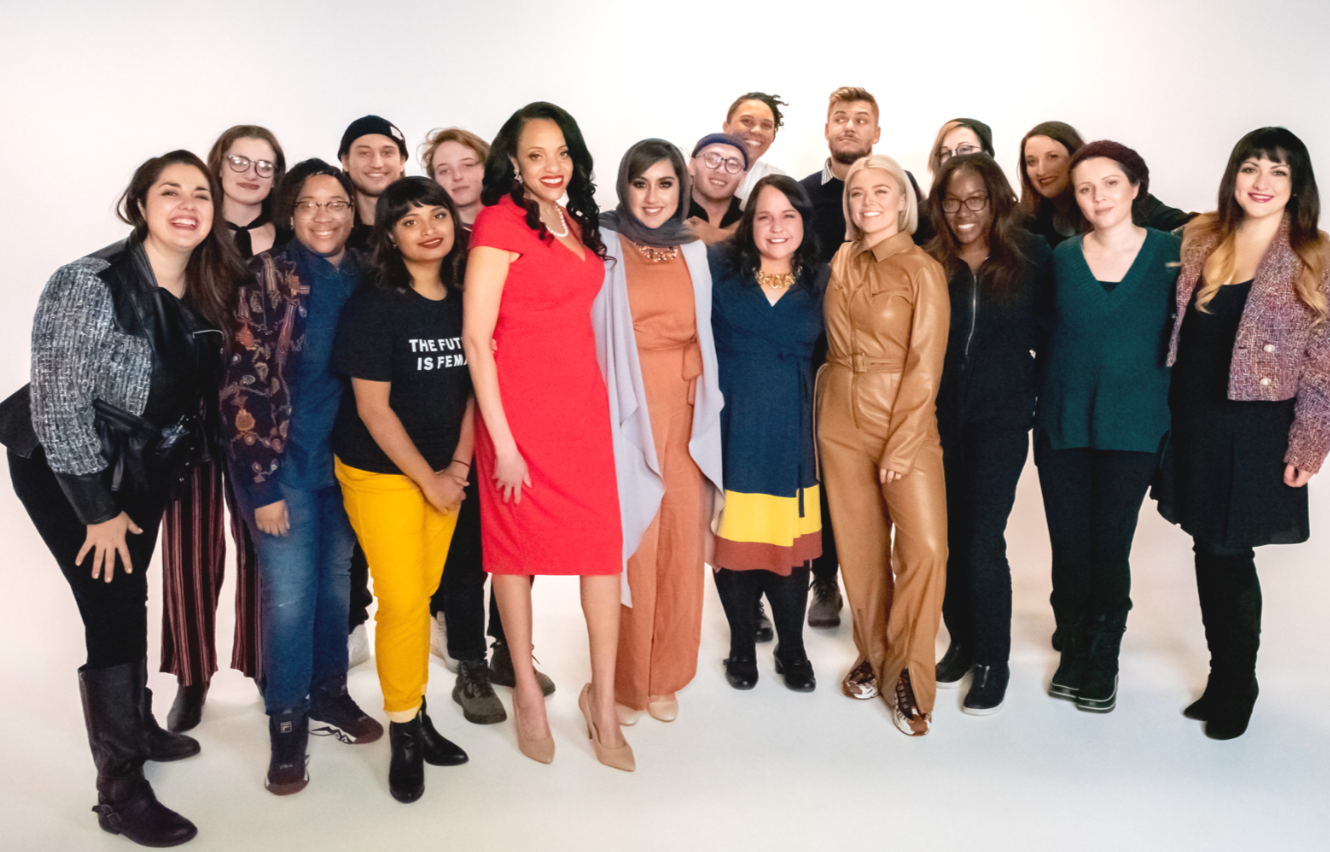 The pilot episode of a new reality TV show focuses on Bushra Amiwala, center, who is running for a seat on the Skokie, Illinois school board. (photo courtesy VAG Productions)

In the first episode of a new reality TV show, a barely-20 South Asian American woman in a headscarf makes some of her campaign’s first fundraising phone calls.

The pilot of “RUN the Series” shows Bushra Amiwala, who is running for a seat on the school board in Chicago-area Skokie, Illinois, getting coached by Colorado state Sen. Faith Winter on a fundraising call.

“Is it bad that I’m happy she didn’t answer?” the school board hopeful asks through strained laughter.

For many women with political aspirations, launching and running a successful political campaign can be daunting. The new series will focus on efforts to get more women into elected office across America, a trend already touted as a “pink wave.”

In the 2016 election cycle, more women than ever ran for elected office: 19 for Senate and more than 400 for seats in the House of Representatives, according to data from the World Economic Forum. And 2018 saw voters elevate even more women to high office, adding one in the Senate and 17 in the House, and three states elect their first woman governor, according to the Center for American Women and Politics.

The show was launched by entrepreneur Genevieve Thiers, who founded the child care search service SitterCity.com and the NewFounders coalition, intended to motivate women toward careers in public service, politics and technology. The women quickly came to realize what they were doing had to show business potential.

“I love focus-grouping,” said Thiers, “so I asked the 40 or 50 women there, ‘How can we show this off?’ Instead of fighting among each other, which is what people think women do, in reality, we squad up and push each other to succeed.”

Thiers floated the idea to her friend Nones, with whom she had taken comedy classes. The idea morphed into a concept involving five trainers, all women, who each have expertise in areas that can help a campaign.

RUN tries for a feel-good focus on social impact as it transforms campaigns. And the festival circuit has given it the nod, with an “Outstanding New Reality Series” award at the Catalyst Festival and showing in others.

“We are only as strong as the teams we build, and we need more women to run for office,” she said.

The show is directed by Ana Bretón, who also directs Comedy Central’s “Full Frontal with Samantha Bee,” and is produced by VAG Productions, a mash-up of Nones, Bretón and Thiers’ first names. They hope to have the show picked up by Amazon, Lifetime and CNN, but their New York agent is also considering releasing it on Facebook Watch and YouTube.

The show is nonpartisan, but its worldview focuses on female empowerment.

“We’re not shy about the fact that our mission is to make a dent in the gender inequality in the world. Women have been divided by party, by class, by lifestyle. That’s not our fault. This show is aimed at fixing that,” Thiers said.

Thiers and her co-producers are firm in their mission to establish common ground for women of all stripes in the show.

“Strong women walk on both sides of the aisle,” said Thiers. If women could just unite among themselves, as a majority, “we can have anything we ever wanted.”

Amiwala ended up winning her election to the school board, but each episode of RUN looks to focus on a situation that stops women from running for elected office in the first place, such as being a mother of young children, a woman over 50, a candidate who had an abortion, a transwoman “or some other optics sure to garner hate mail and trolling,” said Thiers.

“We’re supposed to go away and disappear,” she said, “but we won’t.”