In this animated version of the Mark Millar comic, Superman becomes a devoted defender of Soviet communism after crash-landing in the USSR. 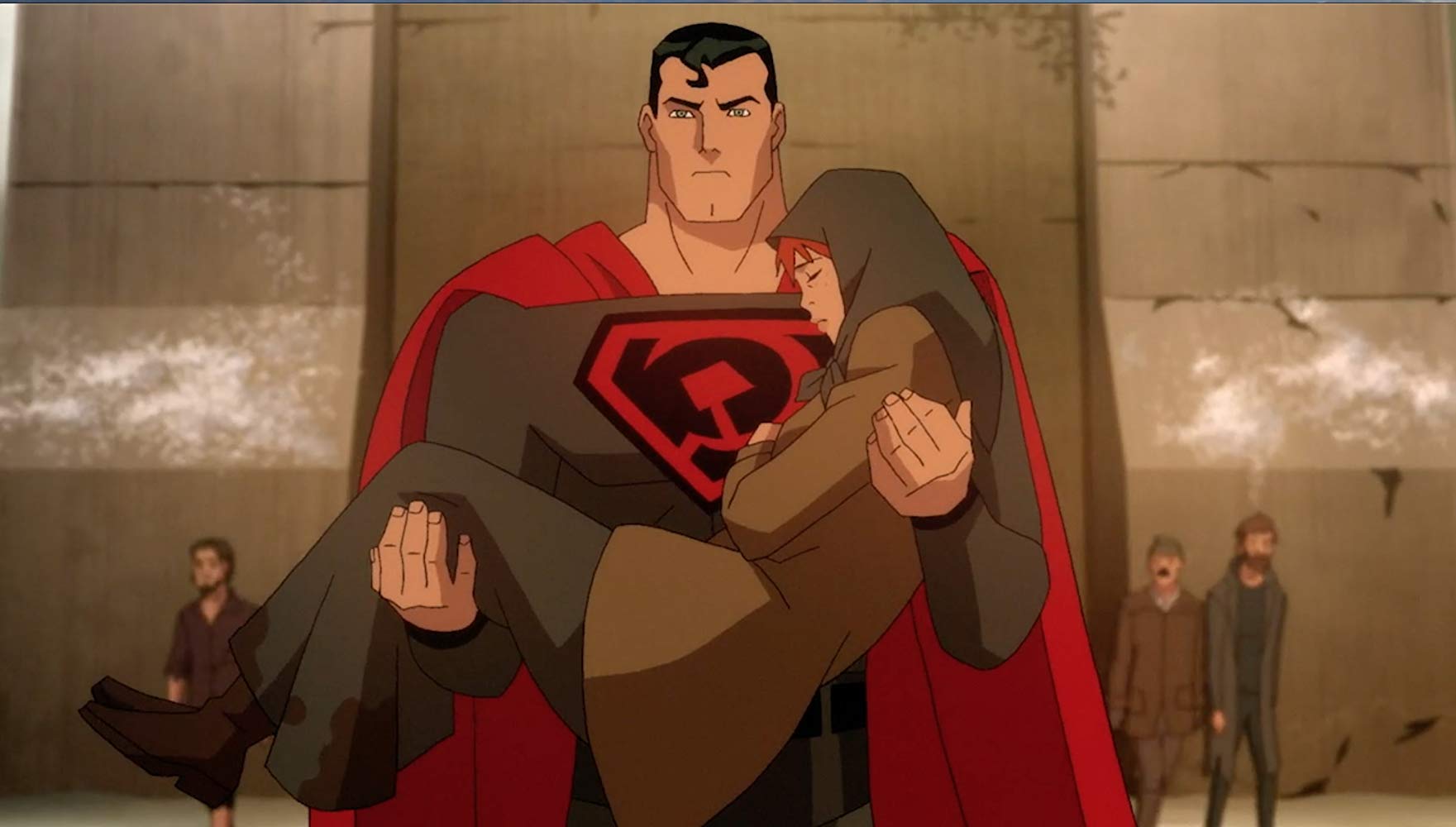 In this universe, Superman is the hero of the USSR. (photo courtesy of Warner Bros.)

The idea of an evil Superman has been one of the most fascinating takes in comic book history: What if the ultimate hero was the ultimate villain?

For years, the entertainment world has run with this idea, exploring it in films such as “Brightburn” and comic book series such as DC’s “Injustice: Gods Among Us.” What if the situation behind Superman’s rise to heroism had changed? What if he used his power for evil instead of good?

“Good” is a subjective term, depending on your political perspective. What makes the original story of “Superman: Red Son,” written by Mark Millar, so compelling is that whether you favor capitalism or communism, each side has its own view of the story.

“Superman: Red Son” is one of the most popular alternative universe comic series that tackles an intriguing “what if.” What if Superman never landed in Kansas, but instead in the middle of the Soviet Union? What if Superman became a communist hero, rather than an icon of capitalist America?

Warner Bros. has answered that question with a new animated adaptation of “Red Son,” based on Millar’s critically acclaimed comic series.

In an alternate universe, a young boy who was once known as Kal-El has landed in Soviet Russia. The man who once stood for truth, justice and the American way now is the greatest weapon for Joseph Stalin’s communist regime.

Lex Luthor, Superman’s biggest foe, is called on by U.S. President Dwight Eisenhower to find a way to neutralize the threat Superman poses to the world. As Superman gains more power in the USSR, he finds himself in the middle of a war between the two directly opposed ideologies. His struggle for peace conflicts with the methods he chooses to obtain it.

Sam Liu, the director of this version of “Red Son,” has a vision vastly different from the Mark Millar source material.

This “Red Son” alters the motivations of every major character in the film, making their outcomes nonsensical. The animated film suffers from a lack of depth compared with its source as creative decisions compromise the story’s focus.

Superman, for example, is brainwashed by communist propaganda. He wishes to achieve the same goals as Stalin but in a manner that doesn’t lead to millions dead. In the comic version, however, the conflict between Superman and Lex Luthor is intact but told from a different perspective, based on their motivations within the alternate universe. This shift makes the story illogical, a gap amplified when the film comes to a similar conclusion as the comic while a taking different path to get there.

Batman’s motivation to become an anarcho-terrorist is based on a character that doesn’t exist in the film. Removing this pivotal arc from the story diminishes the importance of his character’s upbringing and gives no true reason for his switch from hero to villain.

Another character that suffers this fate is Wonder Woman, who is turned into a caricature of a angry lesbian who blames men all for the society’s conflicts. This move is particularly baffling, as Diana was written to be torn between her feelings for Superman and doing what is morally right.

As a moviegoer, it is difficult to grasp the narrative of the story because it lacks the wider geopolitical context in Millar’s story, which focused on internal conflicts within that landscape. His story was a political warning about the abuses of authoritarianism, as even in victory Lex Luthor became the global authoritarian he spent years trying to defeat. But the animated version opts to go with a different ending altogether, in a conclusion as empty as it’s storytelling.

Sam Liu takes an intriguing premise and strips it of all nuance and character, leaving audiences with a story that lacks a compelling hook. While it is unrealistic to expect comic book adaptations to follow the source material panel by panel, filmmakers must know that certain details may be pivotal to a story and removing them without a proper explanation could lead to a cinema disaster in execution.

The animated character designs are fairly bland for a universe that incites imagination, the voice acting sounds like producers went with budget over quality—especially with Russian accents—and ultimately, the filmmakers drop the ball on a thought-provoking story they didn’t have the depth to understand.

See or Skip: “Superman: Red Son” makes for a better commercial for the Mark Millar comic than an animated adaptation of it.