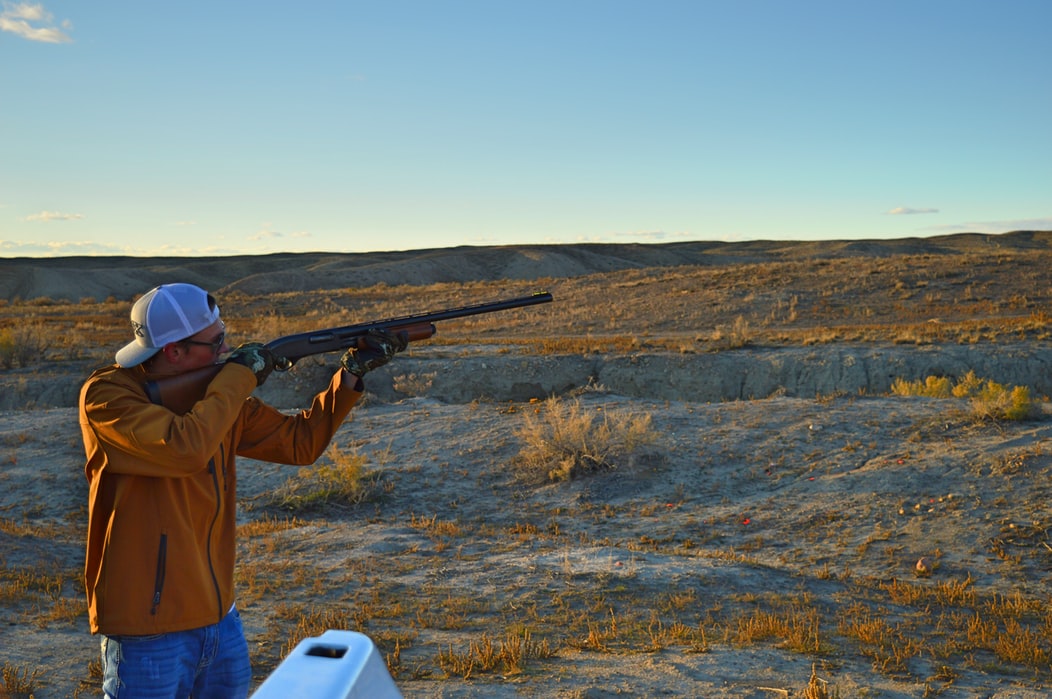 Skeet shooting remains a popular pastime in many parts of the country. (Josh Danyliw/Unsplash)

Fans of American firearms abroad may rejoice at changes to firearms regulations under President Donald Trump that could make exporting guns easier.

Opponents of the changes, however, say the move could help people trafficking arms.

The Trump administration announced last month that the Department of Commerce will control the export of firearms—including pistols, several types of rifles, ammunition and “related articles”—through its Commerce Control List, instead of the Department of State’s United States Munitions List. The move is expected to provide new business to U.S. weapons manufacturers and their employees.

While American military exports are sizable, overseas gun sales are a relatively niche market: In both 2019 and 2018, foreign exports accounted for only 5%—or roughly $61 million—of American Outdoor Brands’ total sales, a 2% increase over 2017. The switch will likely mean increased sales for the company’s iconic Smith and Wesson brand.

“[The] final rules reflect extensive feedback from both industry and the public, and balance concern over potential illicit diversion with regard for market forces, [and] are another reason why America is the security partner of choice,” said Assistant Secretary of State for Political-Military Affairs R. Clarke Cooper, in a statement to Zenger News.

The administration received nearly 3,000 comments from citizens about the possible change between May 2018 and January. Commenters opposed to the change mainly said the a revision could unintentionally facilitate arms trafficking, which would in turn increase transnational crime, endanger human rights and hurt foreign law enforcement agencies.

“President Trump is putting the profits of gunmakers ahead of long-term global security,” Jeff Abramson, a senior fellow at the Arms Control Association, told Zenger. “Congress can and should act to block or undo these changes, and maintain its oversight over firearms exports that it is losing under these new rules.”

The policy, which went into effect March 9, has been a long time in coming. The Trump administration first recommended that many firearms, ammunition and related items be moved to the Department of Commerce’s control in May 2018.

The International Traffic in Arms Regulations had controlled U.S. firearm exports since the 1970s. Under those regulations, 21 categories of weapons including pistols and rifles were on the Department of State list and could not be exported without a license. Even when these licenses were approved, Congress had full authority to block any transaction valued at $1 million or more. Following the end of the Cold War, American gun manufacturers began to lobby to loosen those requirements, though previous presidential administrations had decided to continue the Cold War policy, intended to keep those weapons out of the hands of people and organizations the U.S. saw as security risks.

The Department of Commerce’s regulations are not subject to any Congressional oversight. Under the departments regulations certain types of firearms can be classified as “dual-use” items. This category of export includes goods referred to as civilian items—such as software, technologies, and others with the potential to be adapted for military purposes—rather than munitions.

The regulatory change may help ensure lucrative contracts don’t end up in the hands of U.S. companies’ competitors.

“We may not be able to…complete profitable contracts as a result of political or other reasons that are outside our control, [which] could have an adverse effect on our business,” wrote American Outdoor Brands in their 2019 Annual Report.

Meanwhile, some American politicians worry the Trump administration will conclude that “related articles” includes 3D printed plastic firearms, sometimes referred to as “ghost guns” by gun control advocates because they are incredibly hard to trace. They do not have serial numbers and can be made cheaply and easily by anybody anywhere using a 3D printer and design renderings downloaded from the internet.

The attorneys general of 21 states jointly filed a lawsuit against the Trump administration to prevent the regulation of all materials relating to 3-D printed guns from falling under Department of Commerce regulation.

They argue that the change will “effectively deregulate 3D-printable gun files entirely” by making these materials widely available worldwide via online posting and file sharing.

A court in Washington state issued a temporary injunction earlier this month delaying the transfer of all 3D-printable gun files to the Department of Commerce, which Abramson hailed as a positive partial step.

Foreign gun manufacturers are increasing market share inside the U.S., and the new regulation may help U.S. manufacturers balance those losses by finding or expanding new markets abroad.

A market report from IBISWorld, a business consultancy, noted that weapons and ammunition from Austria, Italy, Germany and the United Kingdom have gained popularity in the U.S. while American weapons exports have stalled.

“Domestic consumers are increasingly turning to imports to satisfy their rapidly growing demand for guns and ammunition. With demand for industry products surging over the past five years, domestic manufacturers have struggled to keep up.”