It took 3,000 years to wipe out smallpox, but pet owners hope it will take much less time to eradicate the deadly scourge parvovirus
By Ramon Antonio Matta March 23, 2020
Facebook
Twitter
Linkedin
Email 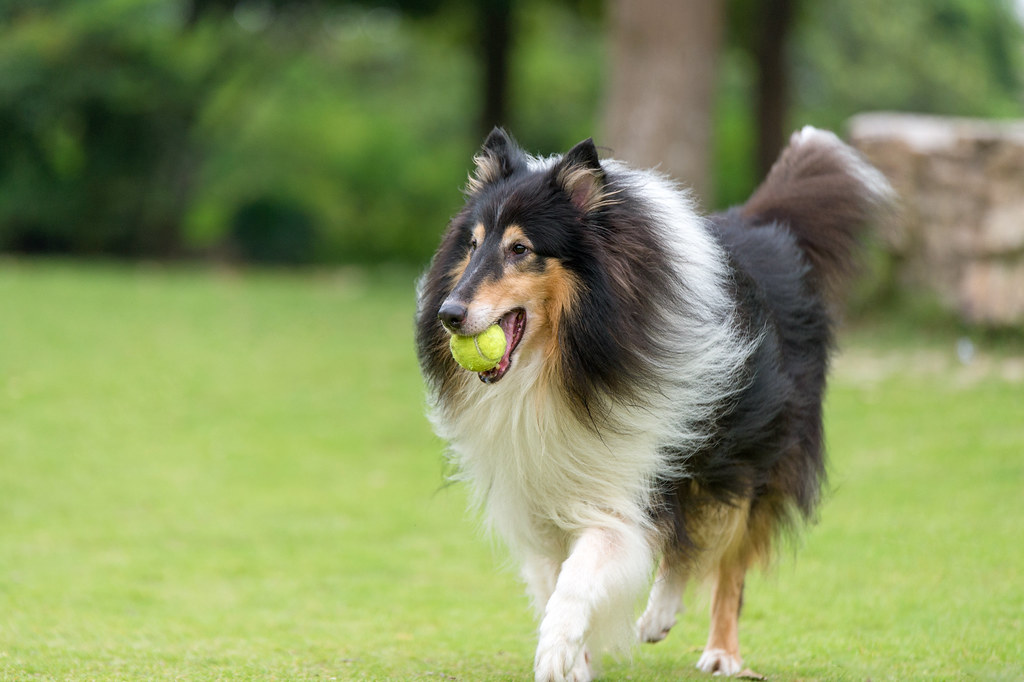 A dog plays with a tennis ball in this file photo. (zhao hui/Flickr)

While coronavirus bedevils humans around the world this year, dog owners have been quietly dealing with a deadly canine contagion for decades.

Parvovirus, first identified in the 1970s, is both highly contagious and difficult to contain. Dogs initially died at alarming rates. The virus spread quickly, and did not discriminate by age, breed or sex.

Despite decades of knowledge of the disease, outbreaks continue to occur with deadly consequences.

However, those outbreaks have become less common because of a vaccine that first became widely available in the 1980s. As a result, a once-pervasive, fatal disease marked by many outbreaks is now far less common. Though it’s now treatable, the virus is still a cause for caution and concern.

“The biggest step in preventing parvovirus is vaccination,” said Sandra Newbury, professor of veterinary medicine at the University of Wisconsin. At some point in their lives, ”Every dog will be exposed, and every puppy will be vulnerable at least for a time. Prevention is about minimizing exposure to the virus until the vaccination series is completed.”

Scientists consider parvo, as it is known, a “hardy” disease—meaning the virus is ubiquitous and found in every environment. Smallpox was once thought also to be ubiquitous, with 500 million casualties during the 19th and 20th centuries alone. A global campaign was organized after World War II to defeat the disease and today it has been eradicated.

Veterinarians who spoke to Zenger News suggested that vigilance by dog owners can help roll back parvo. Dog owners should watch out for signs of the disease in their pets, which include persistent vomiting and often bloody and severe diarrhea, lethargy, hypothermia or low body temperature or fever, bloating or abdominal pain and loss of appetite.

When a dog gets parvo, the infectious disease begins replicating itself within the animal’s small intestines, bone marrow, thymus, lymph nodes and other lymphopoietic tissue, which leads to gastrointestinal problems and, in rare cases, heart inflammation.

Transmission of the disease occurs when the mouth or nose of a dog comes in contact with infected feces. One of the reasons puppies are at high risk for contracting parvo is they are curious, and they explore their world with their mouth and through smell, Newbury said.

Even though domesticated dogs are usually vaccinated, that often happens too late to prevent the deaths of many pups. Many dogs in the U.S.  go unvaccinated because of neglect or inadequate treatment.

“Pet owners often don’t get their pets vaccinated against parvo due to a lack of education,” says Maria Zayas, a veterinarian at Riverside Animal Hospital in New York City. “There are many low-cost vaccine clinics available to the public. For the price of a fancy cup of specialty coffee, a pet can be protected.”

Total eradication of the disease, however, remains elusive. There are multiple strains of parvo. While CPV-2b is the most common strain and has been known for decades, a new strain, CPV-2c is far more deadly and can also infect cats. That parvo now has multiple host species has made it harder to eliminate. Early symptoms of the disease, such as vomiting, can be mistaken for other ailments as well. The creation of “dog parks” and that dogs are increasingly found everywhere from restaurants to airplanes, have, if anything, made eradication more difficult.

Authorities in the field of virology and immunology say besides being dangerous and deadly, an essential characteristic of parvo is that it is preventable.

“Make sure your pets are properly vaccinated because you cannot 100% prevent exposure,” said Jennifer Reinhart, an instructor with the University of Illinois Veterinary Teaching Hospital, “[if] caught early enough [with] aggressive supportive care, [the animal’s] chance of survival is actually really good.”

Available vaccinations cover all strains of parvo. Other preventive measures include the use of disinfectants, a number of which are commercially available for sale. Experts say bleach can also kill the virus.

Parvovirus has cause fatal outbreaks in animal shelters. However, awareness and prevention limit the impact of such outbreaks. When outbreaks occur, facilities are quickly shut down, such as the case for an animal shelter in Michigan earlier this year. However, that doesn’t change the virulence of the disease and its resiliency within all environments.

The likelihood of global eradication is unknown. Human history suggests it can be a complicated process. Smallpox was declared eradicated in 1977 by the World Health Organization—some 3,000 years after the disease was first identified.