The dog was elderly and had other illnesses, and U.S. experts said pet owners shouldn't worry about COVID-19 and pets.
By Suzane Bricker March 20, 2020
Facebook
Twitter
Linkedin
Email 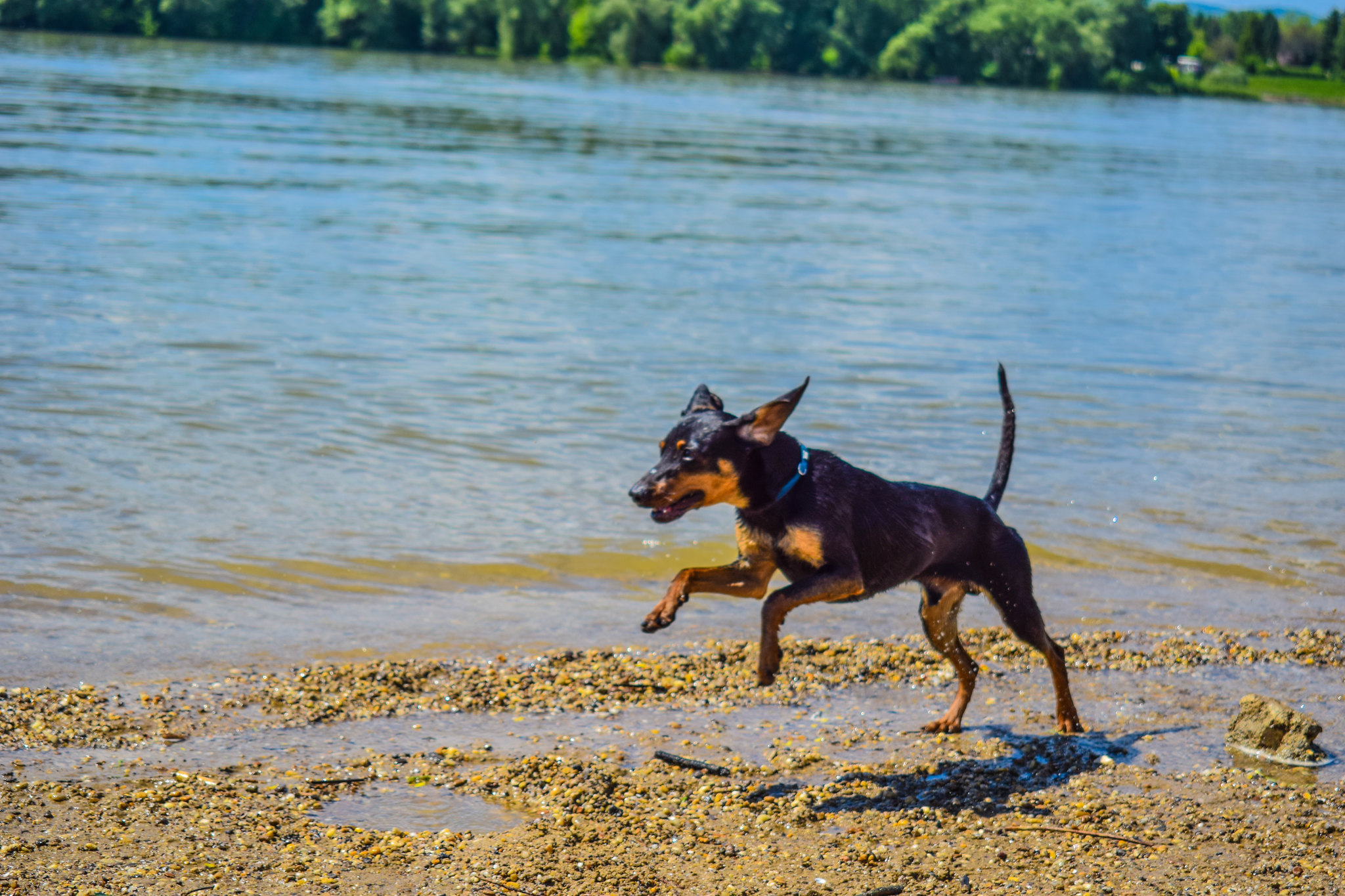 A dog romps at the beach in this file photo. (Ádám Fedelin/Flickr)

A dog that tested “weak positive” for the COVID-19 coronavirus in Hong Kong has died two days after it was released from quarantine, but officials say it did not have the disease.

And U.S. experts say pet owners don’t have reason to worry about their own canines.

The dog was released to its owner after two negative tests, according to a Thursday news release from the Hong Kong Agriculture, Fisheries and Conservation Department. The department said the dog, which was old and had a pre-existing illness, never showed symptoms.

While organizations including the American Kennel Club and the American Veterinary Medical Association are keeping a careful eye on new information about the outbreak, they say pet owners shouldn’t worry.

Brandi T. Hunter, a spokeswoman for the American Kennel Club, said the Centers for Disease Control and Prevention has not found evidence pets can spread COVID-19, the disease caused by the coronavirus, to their humans. The club steers its members to the CDC’s website for more information.

But pet owners should take some precautions, just as they would when encountering other humans. Michael San Filippo, a spokesman for the American Veterinary Medical Association, said it is always a good idea to wash your hands after having contact with animals.

Pet owners should also limit contact with pets if they’re sick, “so that you can help keep your pets healthy, and help prevent the spread of disease to other people,” he said, “even though the risk of domestic animals becoming infected or spreading the disease is very low right now.”

Hong Kong warned pet owners who test positive for COVID-19 to avoid as much contact as possible with their pets, wear face masks and wash their hands after interacting with their pets. Sharing food or eating utensils and plates is inadvisable, as is allowing a dog to lick, kiss or hug its owner.

Dogs are regularly vaccinated for a different coronavirus from the one that causes COVID-19.

“There are coronaviruses specific to dogs and cats, and again, they don’t make us sick.  These already exist and they stay in their species-specific lane, that we are aware of,” said San Fillippo.

The canine coronavirus was first discovered in 1971. While it isn’t a serious infection—symptoms range from none to vomiting and diarrhea—it is contagious and has been detected in dogs around the world. Puppies with the virus can become dehydrated, and run a much greater risk than adult dogs of suffering serious complications. Puppies with inflamed small intestines have a risk of death.

The coronavirus behind the human pandemic causes fever, cough, and shortness of breath and is classified as a respiratory illness. While some reported cases are relatively mild, older adults or people who have pre-existing medical conditions including disease, asthma, and diabetes, are at high risk. There were more than 10,000 documented COVID-19 cases in the U.S. as of Thursday, including 150 reported deaths. The virus is transmitted through the saliva or mucus of someone who has coughed or sneezed, or by touching a surface where the virus exists, and then touching the nose, mouth, or eyes.

While the COVID-19 coronavirus apparently originated from the Huanan Seafood Market in Wuhan, China, which sells live fish, meat, and wild animals, its ump across the species barrier from animals to humans is rare.

“It is such a novel disease that we are learning more about it, particularly from our standpoint, we are trying to learn more about the animal origins of the disease,” San Filippo said.

He recommended that pet owners should steer questions or concerns about interacting with their four-legged friends to veterinarians.

The virus doesn’t seem to have slowed pet adoption rates.

“We haven’t heard any reports or seen any changes in behavior to indicate that people are less likely to acquire new pets that are either purebred or mixed breed,” said San Filippo.

Hunter said the AKC has fielded calls from pet owners who have questions about whether they can get the virus from their pets. But knowledgeable pet owners who have been monitoring the news often are more interested in the impact on schedules of upcoming dog shows.

“The humans tend to be worried about their fellow humans,” she said.