‘A success story in every sense’: How Vada Manager rose to Wall Street and beyond

Vada Manager got from East St. Louis to Hollywood—and many places along the way 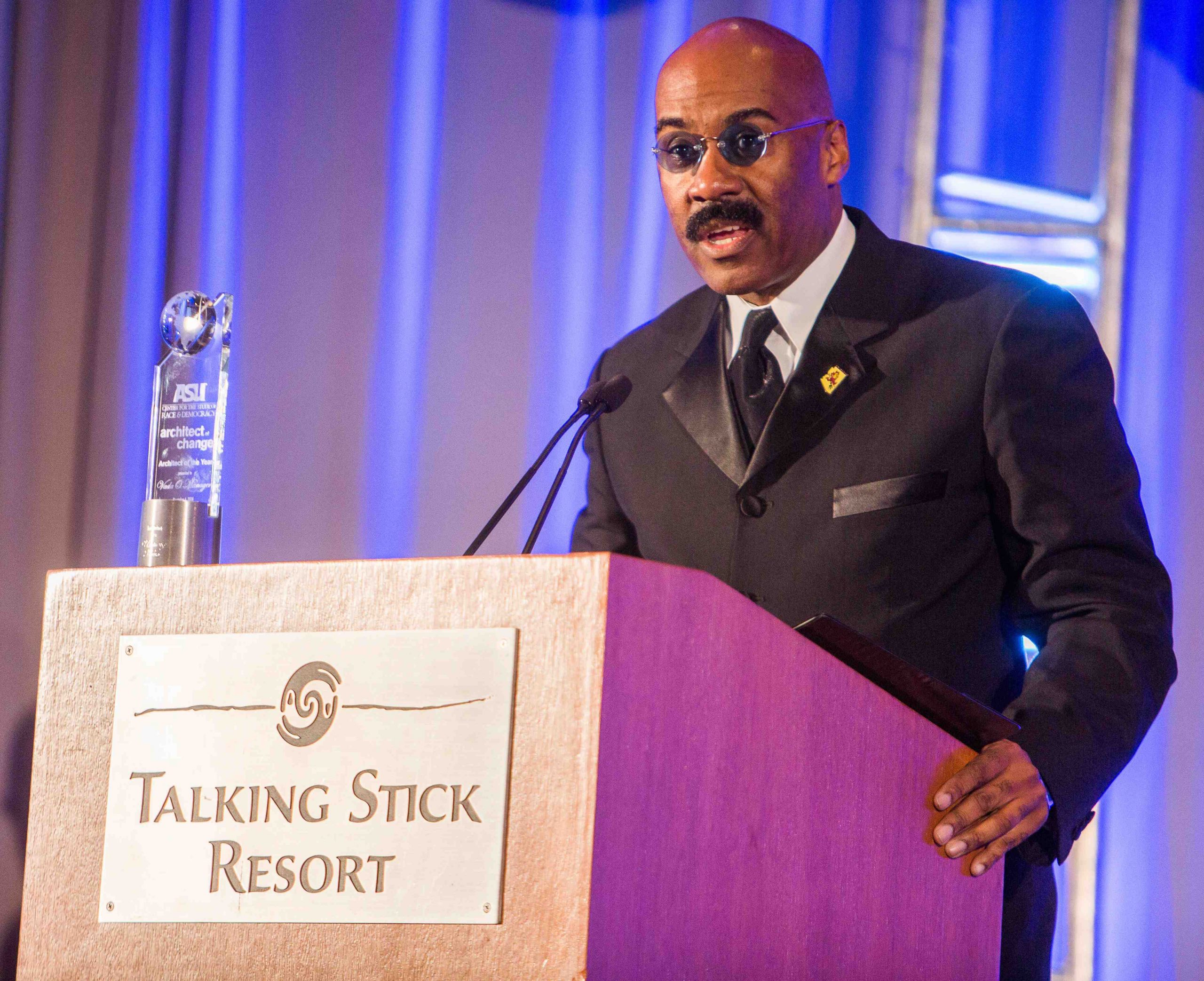 Vada O. Manager found his purpose in his East St. Louis childhood. Amid the trappings of inner-city life, where crime and poverty dominated, he was inspired to achieve.

The president and CEO of Manager Global Consulting Group—who has traveled the world as an executive for Nike and Levi’s—sees that journey as more than about his own success.

Manager, now 58, resisted the pull of crime that permeated his city and lured and devastated many of his classmates.

“Despite what challenges were all around me, [I] still had to find a way, either through education, spirituality or like-minded friends/family to persevere and succeed,” he said. “My story, like many others, demonstrates that it isn’t how you start in life, it is how you finish. I had great family support—albeit a single mother and grandparents who helped raise me.”

The teachings of his mother and grandparents helped him reject a life of trouble. He participated in school organizations, often alongside award-winning film producer Reginald Hudlin, who directed Eddie Murphy in “Boomerang” and worked on “Django Unchained.”

“I could not have imagined all that when we represented SWAPO back in our Model UN days,” Hudlin said, referring to the Namibian political party South West African People’s Organization. “But I’m not surprised either.”

Manager would serve as former Washington, D.C. Mayor Sharon Pratt Kelly’s press secretary, and advise the late South African President Nelson Mandela and U.S. President Barack Obama. he sees his story as a barometer for black and brown young people who feel limited by their circumstances.

“I keep a sense of history in mind,” Manager said. “Having the privilege of serving President Mandela, even in a small capacity, was a historic moment as both his release from prison and the eradication of apartheid were the most pressing global priorities at the time.”

That’s a long way from where Hudlin and Manager met in high school.

“We quickly bonded over shared values: a drive to succeed, a deep interest in politics, and a healthy sense of humor,” Hudlin told Zenger News. “All three qualities have served us well over time. Vada has an amazing life, working in government and the private sector, serving on boards, advising high-profile clients and raising a beautiful family with his wonderful wife. He’s a success story in every sense of the word.”

Manager attended Arizona State University, and is now the school’s first African American trustee. The companies that make up his business invest in hotel and hospitality companies, along with strategic consulting, real estate and parking services.

“With President Obama, while I never served in his administration, I was an early donor when he came to Arizona and we had lunch with a small group to make a compelling case for governing,” he said. “I consider my contribution [to his presidential exploratory committee] after that lunch one of best investments in our civil society that I have ever made.”

He participated in mergers and acquisitions work at Nike when it bought Converse, Starter and Umbro. He joined the board of Ashland Inc., thanks to a recommendation from former Honeywell executive Mannie Jackson, who helped the Harlem Globetrotters emerge from bankruptcy.

Manager is turning his sights toward Hollywood, advising a project that debuted in January at the Sundance Film Festival.

Manager hopes his story encourages black youths to resist difficult circumstances. East St. Louis, which is 95 percent black, had America’s highest murder rate last year and has a low high school graduation rate. When Manager, who has great pride in his hometown, was growing up, the city’s residents faced crime and poverty but not to the same degree.

But the city also claims Sen. Dick Durbin, tennis player Jimmy Connor and jazz pioneer Miles Davis among its famous former residents, and Manager said investing in the city via church youth programs, business and now scholarships is important to him.

He said he carried a burden in corporate America that many African Americans would recognize.

“The duality of successful African American men and women in America is that you have to be twice as competent, uphold the race and still be able to authentically be yourself and relate to your people,” Manager said.

“It is a heavy mandate, which each person has to interpret for themselves.”