A story about the richest self-made woman in America, Madam C.J. Walker, comes to Netflix

Encouraged by “Roots” writer Alex Haley, A’Lelia Bundles began a decadeslong investigation into her great-great-grandmother’s life. Her carefully documented book has surprised readers ever since 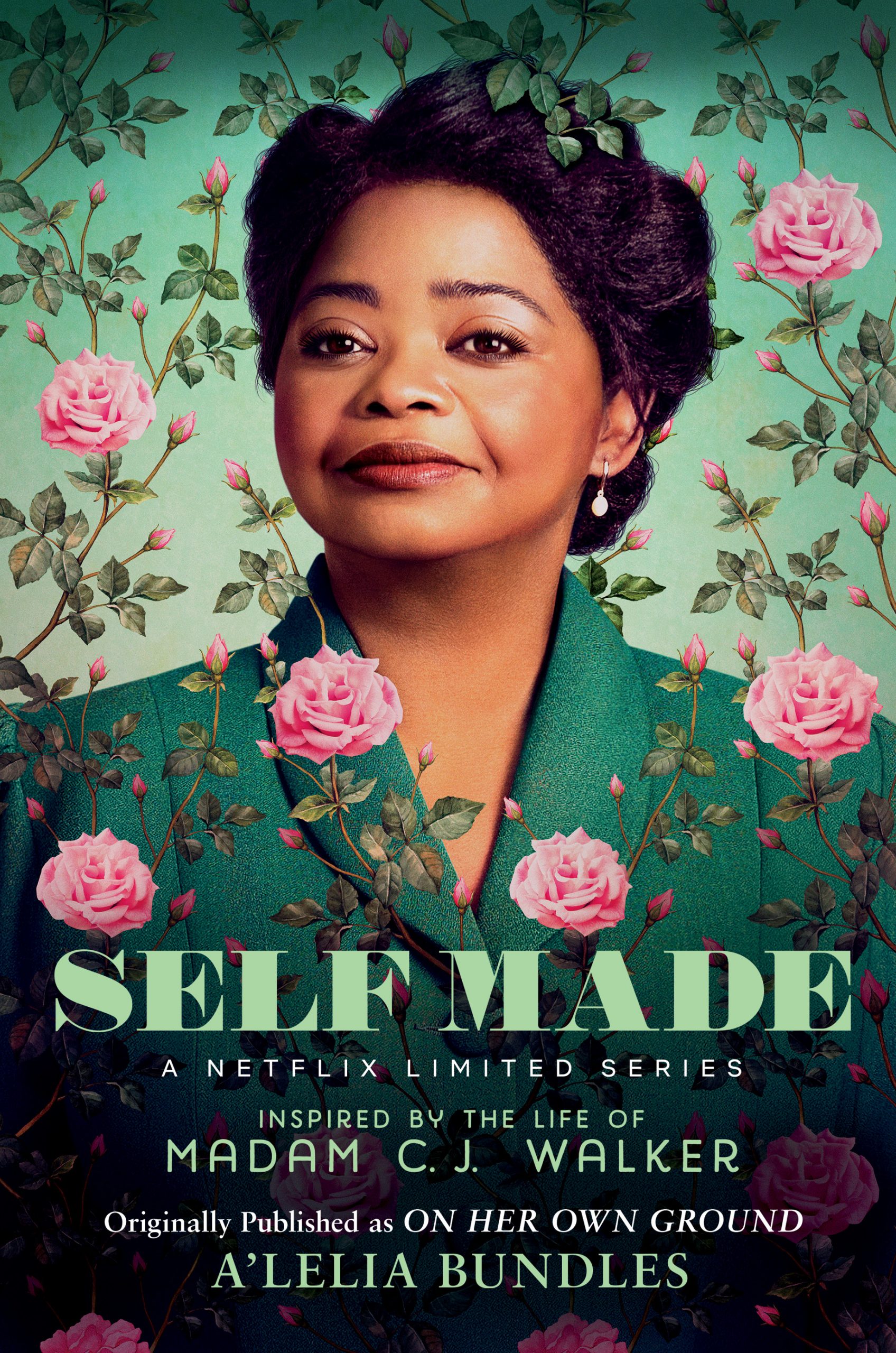 The cover of "Self Made," the definitive biography of Madam C.J. Walker that is being turned into a Netflix series. (photo courtesy Scribner)

A’Lelia Bundles now knows she was born to tell her great-great-grandmother’s remarkable story. Without her three-decade effort to document her family’s entrepreneurial journey and legacy, pioneering entrepreneur Madam C.J. Walker might have ended up a mere footnote in history.

But it took encouragement from African American history icon and “Roots” writer Alex Haley to start Bundles on the journey.

That story—of how Sarah Breedlove, born to formerly enslaved parents only recently emancipated, founded the haircare company that would make her, as Madam C.J. Walker, reportedly the wealthiest self-made woman in the country at the time—serves as the backdrop to the new Netflix limited series “Self Made: Inspired by the Life Of Madam C.J. Walker,” starting March 20.

Bundles’ definitive 2001 biography “On Her Own Ground” set the stage for Octavia Spencer’s new portrayal. An updated version, retitled “Self Made” to reflect the series, is available now as an audiobook and in print March 24.

Bundles’ role in promoting her family’s legacy started in 1955, when the then-3-year-old moved with her family to Indianapolis, where Madam Walker built her hair care empire. Growing up, Bundles was surrounded by that legacy: Her mother, A’Lelia Mae Perry Bundles, even served as vice president of the Madam C.J. Walker Manufacturing Company.

In high school, Bundles wrote a paper on her and her mother’s namesake A’Lelia Walker, Breedlove’s daughter, and at Columbia University’s Graduate School of Journalism in 1975 she accepted her professor’s encouragement to write her master’s paper on her family.

It was her friendship with Haley, however, that truly helped her tell her great-great-grandmother’s story.

“Alex kind of paved the way,” she said Zenger News. But the two met in the early 1980s because Haley wanted to novelize Madam Walker’s legacy.

Though, she said, “the universe connected me to Alex,” she later realized she was was meant to write the story.

“I learned a lot about storytelling from him and a lot on how you speak to audiences and relate to audiences. So, I just feel like that relationship was a gift for me,” she said.

“As a historian and as a material culture specialist, and an author, I’m going to go to the source,” said Merrill, whose book “Old West Baltimore” is forthcoming. When it comes to Madam C.J. Walker, he said, “the source is A’Lelia Bundles.”

Bundles, who spent 30 years as an executive and Emmy-award-winning producer with ABC News and NBC News, spent more than two decades digging in archives, conducting in-person interviews and combing through artifacts before publishing “On Her Own Ground” in 2001.

Walker was born two days before Christmas 1867 on the same Louisiana plantation where her parents had been enslaved until the Civil War’s end. Orphaned at 8 and married at 14, by 20 she was a widow and a single mother to her only child, A’Lelia.

By her untimely death in 1919 at her palatial estate just outside New York City, the 51-year-old had risen to become a wealthy and influential pioneer of the modern hair care industry. Bundles is most proud that her great-great-grandmother used that platform “with the right mindset” to empower thousands of African American women and support civil rights causes like anti-lynching legislation.

The Netflix series comes after 20 years of discussions about screen versions, including mentions of Whoopi Goldberg and Halle Berry as possible stars. Ultimately, basketball superstar LeBron James and his production company SpringHill Entertainment helped bring the multipart series, also starring Blair Underwood and Tiffany Haddish, to life. Still, Bundles hopes viewers will read her updated book to fill in the blanks of the Hollywood version of Walker’s remarkable life.

“Everybody aspires to something more. And this is a woman for whom none of these things should have happened in a logical world and she managed to make it,” Bundles said. “And, so, I think many, many people can see themselves because they can see their aspirations in her and they can dream a little bit because she managed to accomplish so much.”

«Previous Post
‘A success story in every sense’: How Vada Manager rose to Wall Street and beyond»Next Post
‘Superman: Red Son’ takes an alternate history to an illogical conclusion