Popcorn with Zenger: Will Ferrell and Julia Louis-Dreyfus can’t save ‘Downhill’

‘Downhill’ is no ‘Anchorman,’ and audiences have been turning away from Ferrell’s comic films with good reason. The opening wide-shot of the Swiss Alps is all the bliss this film has to offer. 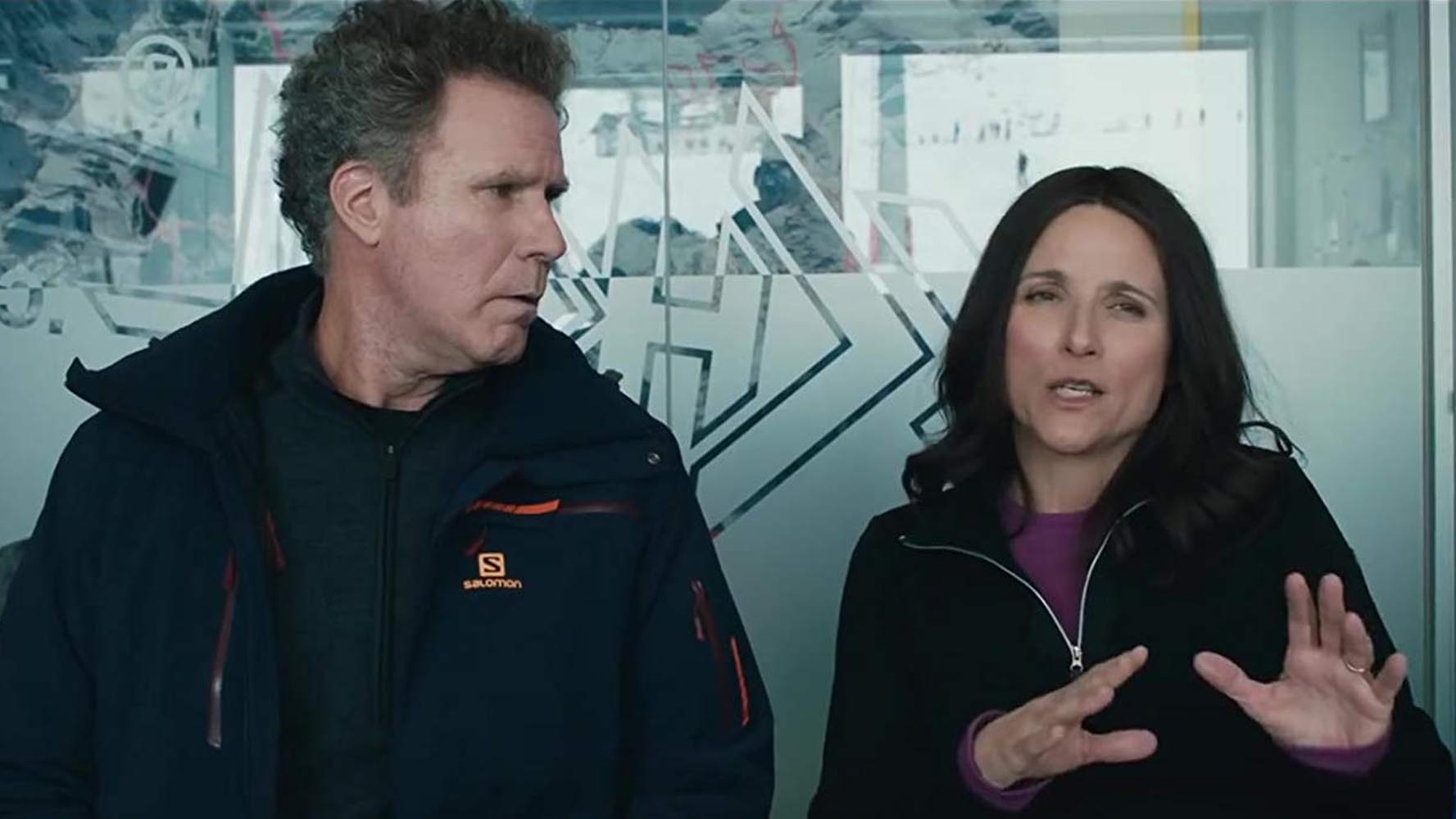 The name “Will Ferrell” has lost its luster in big-screen comedies, and the trend continues with “Downhill.” The SNL alum’s latest effort is no “Anchorman.”

Ferrell’s name was attached to some of the most cringe-worthy comedies of the 2010s. From “The House” to “Holmes & Watson,” audiences have turned away from his work with good reason.

Ferrell joins “Veep” star Julia Louis-Dreyfus, the executive producer/co-star of an American remake of the Swedish film “Force Majeure.” The opening wide-shot of the Swiss Alps is all the bliss this film has to offer, however, as the remaining 85 minutes are a battle of attrition that will test your patience.

Louis-Dreyfus and Ferrell play a vacationing couple, Billie and Pete, who are having vague marital problems. Pete fails to protect his family in a moment of terror when they believe an avalanche is hurtling toward them. Billie and their children must deal with the shattered image of their dad and husband. The conflict becomes so unbearable that no one has earned the audience’s sympathy by the time the credits roll.

Farrell plays a depressed father grieving the loss of his dad while entering a midlife crisis. Louis-Dreyfus is the mother the film’s three screenwriters want you sympathize with but her meltdowns have little motivation behind them, rendering her no better than the husband she blames for all her problems.

The avalanche crisis gives Billie carte blanche to run Pete down in front of his friends and their kids, a reaction so out of proportion with the event that she’s rendered two-dimensional.

Billie makes out with a ski instructor and tells him she could have “banged” him through the walls if she wanted to, while her husband cares for their traumatized children on the other side of the resort. The script’s cowardice in avoiding deeper dives into infidelity, grief and parenthood gives this movie no depth outside of Billie’s over-animated grievance against her husband.

Louis-Dreyfus and Ferrell’s style of humor may click with an older audience, but there are no mom/dad jokes here. Instead both actors force audiences to watch the cinematic equivalent of sitting in a car with your parents while they argue on the way to Six Flags, and decide halfway there to turn around and go home—leaving you dissatisfied and miserable.

“Downhill” attempts to address “toxic masculinity” through a well-worn Hollywood tactic: emasculating male characters to absurd degrees. The deeper contrast of how married and dating couples handle conflict is never addressed. An opportunity to dissect the narcissism of creating a dream life through social media is missed.

One manipulative scene has Billie telling Pete “If you don’t like the way I see you, then show me something different.” Lacking a true resolution, the film provides little beyond a bitter taste that lingers as you leave the theater.

“Downhill” will invite comparisons to “Marriage Story.” But despite Hollywood’s recent trend of portraying marriage as a miserable race to the grave, the newer installment is an empty-calorie version of the older, a nihilistic vision of wedded life that the studio believed was the perfect film to drop during the most romantic time of the year.

See or skip: “Downhill” manages to undershoot the low expectations of a Will Ferrell comedy by a country mile.