Popcorn with Zenger: ‘Sonic the Hedgehog’ strikes gold despite outcry over character redesign 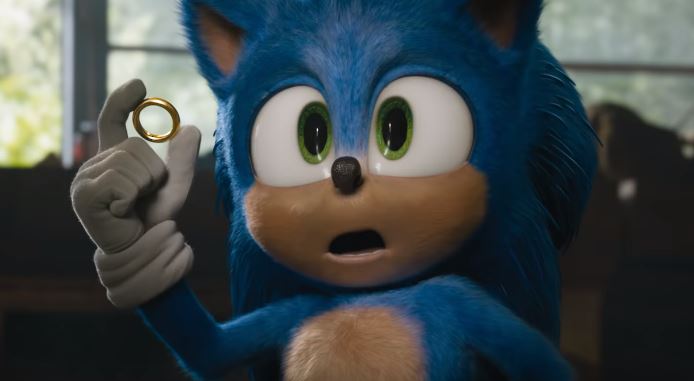 An initial trailer for ‘Sonic the Hedgehog’ angered fans of the 1980s video game series who didn’t like the animated rendering of the SEGA character; a three-month delay for a redesign brought producers to where they wanted to be: an opening-weekend box office success. (Image courtesy of Paramount)

After three decades of hits and misses in the gaming world, Sonic the Hedgehog has finally gotten his due on the big screen.

Sonic was at one point the world’s biggest video game mascot. Super Mario dominated the 1980s for Nintendo; SEGA Games countered with a blue speed-demon cartoon hedgehog whose video game franchise has sold over 800 million units and grossed over $5 billion in sales.

As the character’s popularity grew in the early 1990s, Michael Jackson—an acknowledged fan of the series—produced some music for the Sonic The Hedgehog 3 video game soundtrack.

Sonic made SEGA a gaming console powerhouse in the age before Sony and Microsoft took over the market. Its decline in the late ’90s dragged on SEGA’s popularity, forcing it out of the market altogether by 2001 and leaving fans with as many questions as fond memories.

What was supposed to be a 30-year nod to the mascot got off to a rough start in 2019 when the first film trailer revealed a character redesign that audiences hated. The studio pushed the release back three months to fix it.

Fans cheered when the second trailer showed off a much more Sonic-looking hedgehog. Now the movie is poised to break the trend of poorly reviewed films based on video game characters.

The story begins with a lightning-fast but lonely hedgehog named Sonic relocating to Green Hill, Montana after being run out of his home planet Mobius. When Sonic alerts the government to his presence, they send the ruthless Dr. Robotnik (Jim Carrey) to capture him. Sonic’s only ally becomes a local cop (James Marsden) who helps him flee the planet while managing his own escape plan.

Artist Tyson Hesse worked wonders with his re-redesign of Sonic. Marsden’s chemistry with the animated mascot works because of how well he is integrated into the film—something that could not have happened with the original jarring design.

Carrey redefines chewing up the scenery as he steals every scene with his best performance in over a decade. His over-the-top personality is a perfect match for Dr. Robotnik and the ideal complement to Sonic’s childlike demeanor, but marginalizes Marsden’s mundane straight-man act.

Although it’s aimed at younger audiences, “Sonic the Hedgehog” also has plenty of Easter eggs and throwbacks to the video game that will please the older moviegoers who grow up with them. For fans of the original, the film remains true to its source—unlike the film “Birds of Prey”—which explains why Sonic outperformed it and exceeded box-office projections, scoring a domestic opening weekend of $57 million.

Pat Casey and Josh Miller deliver a script with sharp and witty humor, moving the film at a good enough pace to make up for a story lacking in depth. If the worst thing about “Sonic the Hedgehog” is that it avoids risks, you still have an entertaining popcorn movie for the whole family.

See or skip: “Sonic the Hedgehog” is a true crowd-pleaser for kids, video game fanatics, regular adults and moviegoers everywhere.