Popcorn with Zenger: No lasting thrills in ‘The Last Thing He Wanted’

A Netflix offering proves the rule: Not all books make good movies. This Anne Hathaway adventure wants to be an engaging political thriller, but it’s an incoherent mess. 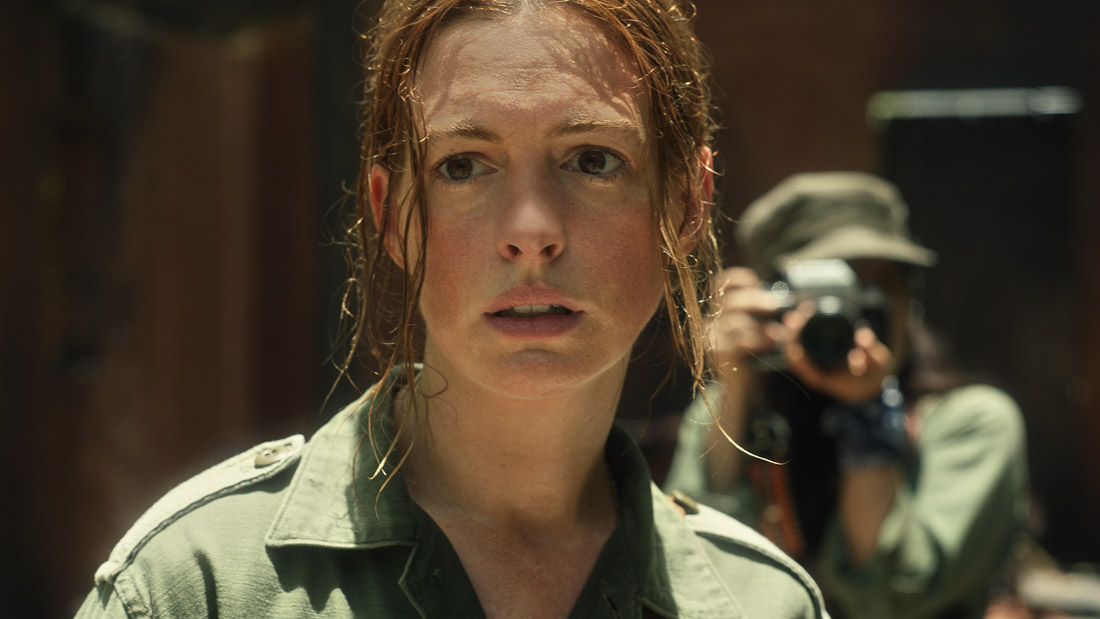 Anne Hathaway plays Elena, a hard-hitting jounralist on the verge of the biggest break of her life, in ‘The Last Thing He Wanted’ (Image courtesy of Netflix)

“The Last Thing He Wanted” abandons government corruption and geopolitics in favor of a complicated international game of one-upmanship and an unfounded romance.

Based on the Joan Didion book of the same title, the film tells a story of a hard-nosed female journalist who becomes a middleman for her father’s gun-running scheme shortly after editors derail her scoop on the Iran-Contra affair.

Anne Hathaway plays Elena McMahon, a reporter who’s reassigned to cover President Ronald Reagan’s reelection campaign. While caring for her ill father, Elena discovers that he is involved in arms dealing. He asks her to fill in for one last job worth $1 million, putting Elena in the middle of the same U.S.-Central America scheme she was reporting on. Her father is the last loose end the illicit dealers want to tie up.

Acclaimed Mudbound director Dee Rees’s narrative gets lost as the film, which she co-wrote and directed, tries to draw parallels between the 1984 campaign and President Trump’s reelection bid. Some of those creative liberties lead to absurdity, such as the claim Reagan was protected by the nation’s media during Iran-Contra, and that AR-15s were the military’s weapon of choice in 1984.

One creative decision that marred the film is Elena’s unclear movativions. This morally superior journalist jumps at a foolish chase for a big payment, driven by a desire to do one last favor for her dementia-addled father. Her relationship with him is never established, however.

She could have avoided the conflict if she followed her moralizing instincts and refused to get involved. She doesn’t use her father’s situation to inform a story, knows nothing about the people he works for and doesn’t know what they are trading. Yet she knows there is a million-dollar payout—and ignores a mountain of obvious red flags.

This is not the mindset that drives smart reporters.

Elena’s unclear and changing motivations are difficult for an audience to follow. “I don’t know why I came,” she says in one scene — a thought moviegoers likely share.

More baffling, screenwriters introduce Elena’s daughter halfway through the script and leverages her as an emotional plot device. But like a scene between Hathaway and love interest Ben Affleck, the execution serves to confuse everyone watching.

Plot points don’t connect to illuminate the central story. Conflicts of trust become tiresome when the lead can’t connect with the audience. A steady stream of red herrings do nothing to improve the 115-minute runtime.

Hathaway’s narration is flat and Affleck is underused in a story that doesn’t need him. Even Rosie Perez is resigned to a side character with little screen time or purpose. Performances by the supporting cast offer little emotional pull, like shots filmed quickly so actors could move on to other projects.

In real life, Reagan poured nearly $1 billion into El Salvador to help the government stop communist rebels, and the U.S. ambassador defied the president’s order to defuse the situation in the public eye. These historic details of the Salvadoran Civil War are far more interesting than anything the film shows.

“The Last Thing He Wanted” fails at the No. 1 rule of thriller or action movies: Show, don’t tell.

Netflix has made great strides with original films like “The Irishman,” but the streaming platform is no better than big film studios at consistently producing quality films.

See or skip: From its mundane cinematography to its soulless conflict, “The Last Thing He Wanted” is the worst thing a political thriller can be: incoherently dull.