No snakes on a plane: US to crack down on flying with exotic ‘emotional support’ animals

Surprised passengers have shared commercial aircraft with horses, squirrels and exotic birds. New regulations may put an end to the practice. 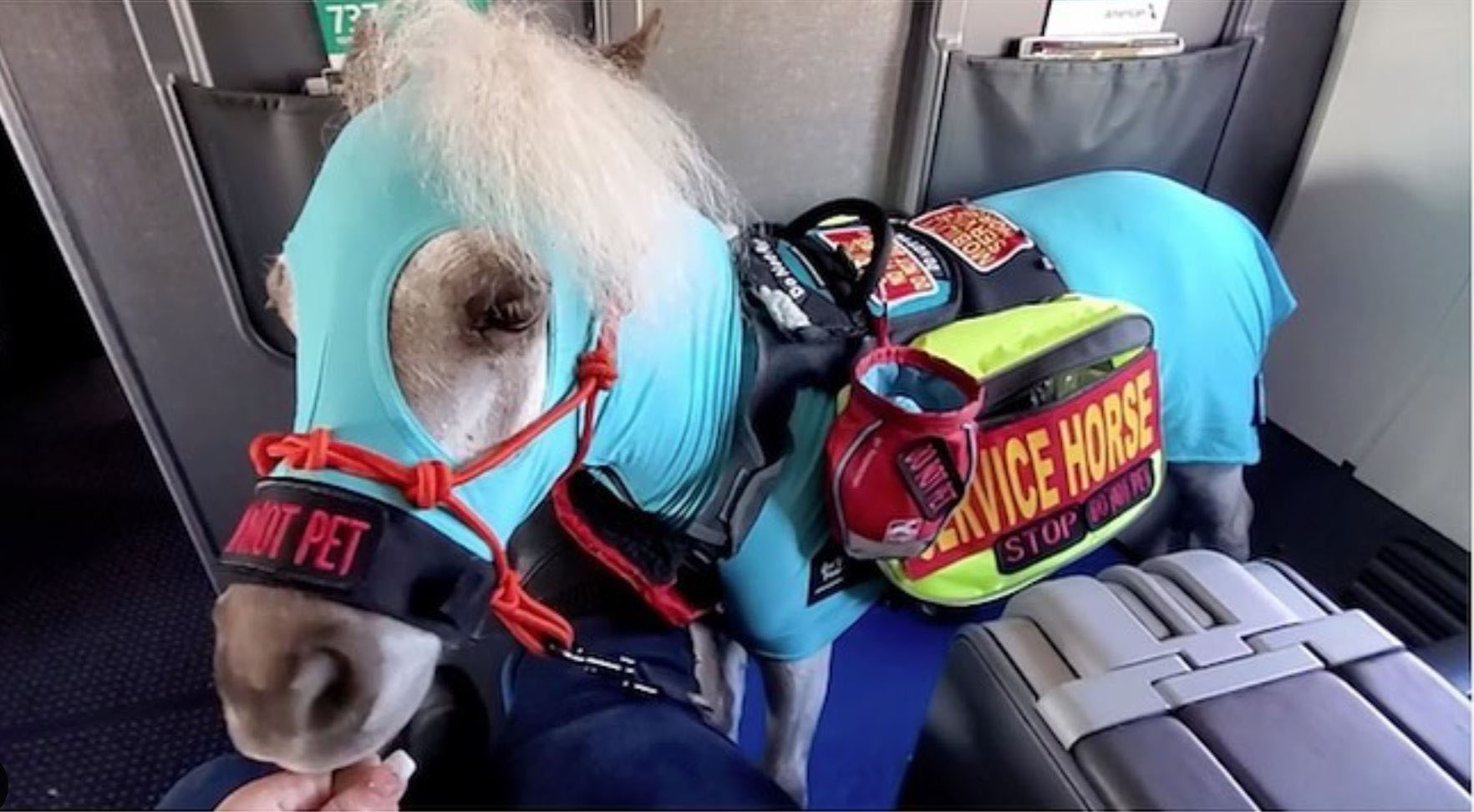 Airline passengers who fly with miniature horses for emotional support will have to discontinue the practice if a proposed federal regulation takes effect; this photo shows Fred, a service horse that flew with Ronica Froese on American Airlines on Feb. 7, 2020. (HorsesHumansHope/Instagram)

Snakes are not allowed to fly in airline passenger cabins in the United States. Now peacocks and squirrels are out too—even for flyers who insist they need them.

Authentic, certified service dogs are permitted on nearly every airline that lands at U.S. airports, according to the Federal Aviation Administration.

Frontier Airlines refused to let a woman fly with a rodent she said was her emotional support squirrel last year. But American Airlines has allowed travelers to bring miniature horses in passenger cabins.

The U.S. Department of Transportation is signaling a move to clamp down on the practice.

Proposed changes to regulations covering service animals on passenger flights and public transportation will only allow certified service dogs. Flight attendants will be allowed to boot all “emotional support animals” back down the jetway.

The department said its reforms would “ensure that our air transportation system is safe for the traveling public and accessible to individuals with disabilities.“

Passengers’ claims are sometimes fraudulent, the department said, and “[s]ome customers have taken advantage of the lenient rules to more easily move animals across the country.

Some service-dog trainers say lumping their animals in with others cheapens their value.

Her Seven Oaks Farms in Hamilton, Ohio trains and certifies miniature horses for use as therapy and emotional service animals.

“I run a program that trains horses to visit children and adults in hospitals, care facilities, etc. I know the years it takes to train an animal and I know how stressful the visits can be on the horses,” she told Zenger News.

“Horses most definitely should be banned” from airliners, Moad said.

“The potential for even the best trained horse to be exposed to something that would cause a flight or flee reaction is very high. There is enough commotion, noise, smells, etc. in the terminals and on the plane that the safety of other passengers is at risk.

“Even a very small horse that decides it needs to flee can cause extensive damage to its surroundings or people nearby.”

“Dogs are the only animals that seem to have established methods of training and are regulated,” she told Zenger.

Hong Kong Airlines told Zenger its baggage policy controls whether live animals can be brought into a plane’s main cabin, and it bans them, “with the exception of assistance dogs.”

Other air carriers have looser policies, relying on an honor code..

The airline said it “does not accept unusual or exotic species of animals,” but didn’t define what those words mean.