The few surviving veterans of the 1945 island battle talk of vicious fighting that left nearly 7,000 U.S. Marines dead. Half of the six men depicted in an iconic flag-raising moment died there. 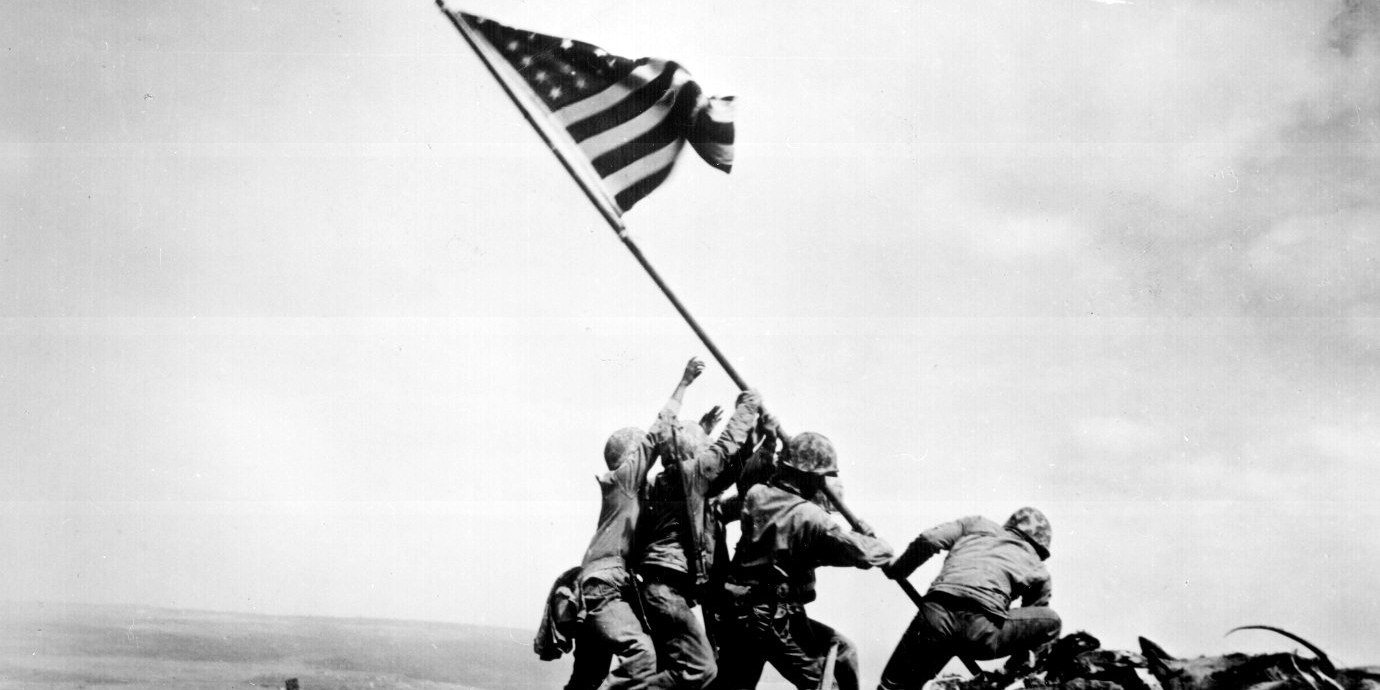 Iwo Jima sits isolated and alone, a rocky and beaten island that thousands of U.S. servicemen surveyed in utter terror as their landing vessels approached and they readied to fight for their lives. The mass grave of Americans and Japanese is known 75 years later as the site where six Marines raised the U.S. flag in victory, and where an iconic 1945 photograph captured the moment for all time.

The barren and unassuming volcanic island had become a coveted prize for the Allied Forces for its strategic location: It promised shorter bombing runs to Japanese cities than those launched from Saipan, which the U.S. already controlled.

Historians and the few surviving veterans describe a brutal fight, a climax in the effort to pierce the inner line of Japanese defenses surrounding their home islands.

Nearly 7,000 Americans died in the battle, according to the National WWII Museum. Japanese casualties numbered at least 18,000, though some claim as many as 21,000 died in fighting over the eight square miles in the middle of the ocean.

Imperial Japan’s strategy was to dampen Americans’ eagerness to wage war in the Pacific, making the campaign towards the Japanese mainland ever more difficult to justify to the public.

Instead, images and news reports from the battle rallied American pride and generated new enthusiasm for U.S. troops as war Europe wound down.

“Raising the Flag on Iwo Jima,” a photograph from the battle shot by Joe Rosenthal of the Associated Press, became a national symbol of patriotism and American strength and one of the most famous images of the 20th century. The Marine Corps War Memorial, a 78-foot-tall rendering of the photo’s six servicemen of the 5th Marine Division straining to raise a large American flag, stands just across the Potomac River from Washington, D.C.

That famous flag was the second hoisted atop 554-foot Mt. Suribachi that day. Rosenthal’s Pulitzer Prize-winning photo captured the Marines replacing an existing U.S. flag with a larger one. His earlier picture didn’t make it to his editors as quickly as the second.

Block, Sousley and Strank were later killed in action on Iwo Jima. The three survivors became American icons, touring the country to encourage the public to invest in war bonds.

His commanding officer had told him to be an “honorable warrior.” Fellow paratroopers nicknamed him “Chief Falling Cloud.”

President Harry Truman called Hayes an American hero but he disagreed, lost between praise and battle fatigue. His traumatic days of combat made him miserable.

“How could I feel like a hero when only five men in my platoon of 45 survived when only 27 men in my company of 250 managed to escape death or injury?” Hayes said.

Hayes turned to alcohol for comfort and was found dead of exposure in a drainage ditch after a night of hard drinking and a card game with friends and family. He was 32.

Clint Eastwood’s 2006 war drama “Flags of Our Fathers” immortalized his struggle. Johnny Cash’s elegy “The Ballad of Ira Hayes” describes him dying in two inches of water “alone in the land he’d fought to save.”

The Japanese knew the bloody battle on Iwo Jima was hopeless before it began. Outnumbered and out-gunned, the imperial forces couldn’t withstand aerial, naval and infantry assaults.

Gen. Tadamichi Kuribayashi, commander of Japanese forces on the island, declared that his goal was to hold the U.S. off as long as his men could fight. He knew Iwo Jima would become the strategic home base for aerial bombings of Japan’s major cities.

While the American generals expected all-out charges, Kuribayashi maximized the impact of his small, under-supplied army by making their stand in underground tunnels and bunkers carved out of the island’s mountainous earth.

The Americans expected Japanese forces to follow the tradition of “shattering the jewel,” dying honorably and beautifully when all hope of victory vanished. They believed imperial forces would charge defiantly into death rather than being captured.

Kuribayashi’s letters, messages to his superiors and personal war diaries recall how he and his men rationed their depleted supplies and survived on wild weeds and rainwater.

He described the endless days of holdout during the five-week battle as “hell.”

In his final message to Japan’s military headquarters, Kuribayashi apologized to the emperor for failing to defeat the better-equipped American forces, something no one had expected him to accomplish.

Kuribayashi’s novel tactics led to guerrilla warfare against U.S. troops even after the battle ended.

The Americans focused on Col. Takeichi Nishi, a tank commander who found his unit outmatched and retreated to the tunnels. Nishi had won an equestrian gold medal in the 1932 Olympic Games but was mocked for being the illegitimate son of a Japanese baron.

U.S. intelligence knew he was there. Every night, loudspeakers would taunt “Baron Nishi” to surrender. He never did. One biographer writes that he treated a captured American soldier with scarce medical supplies.

In 1949, American soldiers found two ragged Japanese soldiers wandering around the island perimeter. They surrendered after surviving nearly four years in a network of caves near a U.S. Army camp.

Among their possessions were flashlight batteries and tins of ham meant for soldiers on Christmas the year before.

«Previous Post
UK government prosecuted 130,000 in one year for watching TV without a license»Next Post
No snakes on a plane: US to crack down on flying with exotic ‘emotional support’ animals