Marvina Robinson overcame a language barrier and stretched $60,000 of her own money to cover the cost of accomplishing something few African Americans have tried. 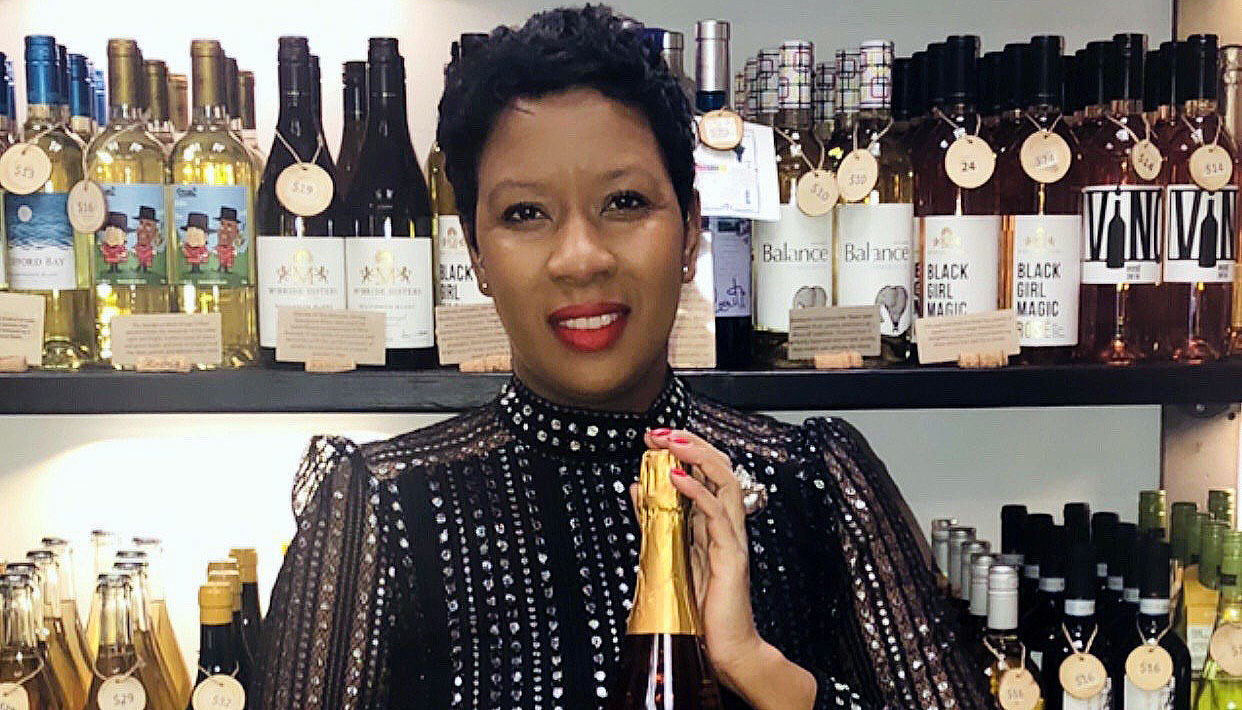 Marvita Robinson sunk $60,000 of her own money into a champagne business where she manages production, bottling, packaging and her relationship with a privately owned vineyard that stretches between the Ardre and Aisne valleys in France. She had to travel there repeatedly and speaks no French, but she cleared those hurdles and has shelf space in stores.

Marvina Robinson was far from home—5,951 miles, to be exact—but as she stood in a vineyard in France’s fabled Champagne region, a glass of bubbly in her hand, she could visualize the grand ambition she hatched in New York.

She had traveled to France seven times in 18 months to visit wine makers, taste their magic, study the business. The result was a rare American champagne brand owned exclusively by a black woman. Stuyvesant Champagne, its name an homage to the Bedford-Stuyvesant community in Brooklyn where she grew up launched in February to tasty reviews.

Robinson offers a Grand Reserve, pale gold with sea-green highlights, a floral aroma, a spicy palate mixed with apples and gingerbread. And there’s a Brut Rosé, salmon-colored, smelling of raspberry and currants and tastes like fleshy cherry.

But those refined descriptions offer no hint at the hurdles she cleared to make her champagne dream come to life. Stuyvesant Champagne is Robinson’s fourth business startup. And this one “was not an easy process,” she said. “Lots of challenges.”

It began with a financial commitment of $60,000—her money, not investor funding.

Robinson stretches that money to cover production costs, bottling, packaging and maintaining a privately owned, independent vineyard that stretches between the Ardre and Aisne valleys.

She had to travel repeatedly to France, a costly proposition. “I live in New York. Champagne-makers are in France. I had to get there. Face-to-face interaction was important,” she told Zenger News.

Then came the language barrier. Robinson speaks no French and had to rely on her bilingual business manager or hire a translator when she visited countless independent vineyards to choose a partner to grow her grapes.

A stickler for details, she returned the first shipment of 500 bottles because the foil that wraps the cork was not what she ordered.

“Every day is too much,” her friend Tyeisha Delk told Zenger. “Imagine a black woman in a white male dominated business doing it her way and making it happen. She knows the risks involved, but we say, ‘Every day is a learning curve. Hit a bump in the road, embrace it.’”

“As an entrepreneur, she puts me in a good frame of mind,” Delk added. “She motivates me. She knows her stuff. And what she doesn’t know she learns. . . She gets her hands dirty. She works and she works with confidence.”

Delk, who owns the custom jacket company KIC NYC, was not surprised by Robinson’s forge-ahead mindset. The pair communicated constantly while Robinson was in Europe.

“I didn’t go to France but I felt like I was there because we talked every day,” Delk said. “She’s determined. When she told me about creating her own champagne, I was like, ‘Really?’ Not like I doubted her, because I haven’t seen her have an idea that she didn’t pull off. But this one was big.”

“It’s divine,” Cooper said. “Both are elegant and hold their own against many of the popular champagne brands.”

Robinson said she takes daily walks in Brooklyn and returns home to a cup of tea to stay level-headed. “It can be stressful. But after my morning ritual, I’m ready to go.”

A handful of Brooklyn stores stock Stuyvesant Champagne, and she has her eye on expanding and opening a lounge in Brooklyn that she’ll call Coupette NYC.
Direct orders from her website have driven most of her sales.

“It’s exciting to see it in its packaging,” she said. “But we have a long way to go.”