Double gold-medalist Claressa Shields now has her eye on a crossover UFC brawl, and Universal is producing her life story 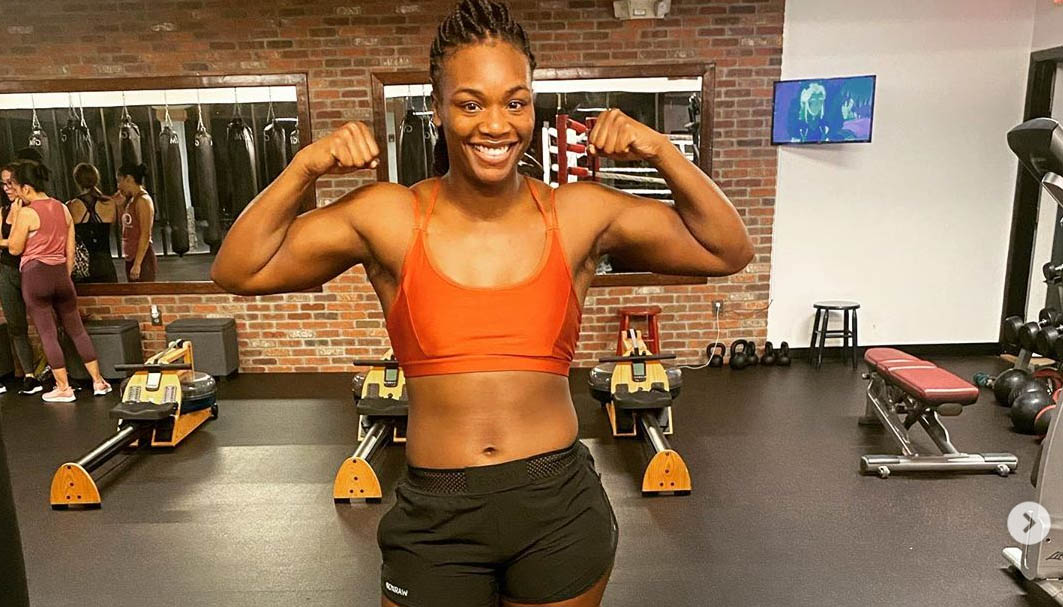 As a child, Claressa Shields was teased about her skinny arms. Now she has won world boxing titles in three different weight classes—and it took her only 10 fights to do it.

The Michigan native will soon have a crossover UFC slug-fest. A Hollywood biopic is in production.

Shields made boxing history in Atlantic City on Jan. 10, crushing Croatia’s Ivana Habazin with knockdowns and a unanimous decision. That victory gave her the WBC and WBO junior middleweight titles.

She has good reason to strut: While many men trade the streets for the boxing ring, women in the sport tend to come from comfortable middle-class backgrounds. Shields is a tragedy-to-triumph exception.

Born in 1995 in Flint, Michigan, she grew up in the poverty and despair left behind when General Motors closed factories there. The town famous for bringing GM to its knees in a decisive 1936-37 labor strike found itself drowning in unemployment.

The car maker had once employed half the city. By the time Shields came of age, its nickname was MurderTown and century-old lead poisoning was in the news.

When she was five years old one of her alcoholic mother’s boyfriends began molesting her. She was picked-on at school. When she learned to box at age 11 she was the only female fighter in the gym.

LEGENDARY ???? @Beyonce who run the world Girls! Had to do this so they know. We run boxing too! Fastest boxer to become a 3x division world champ! #GWOAT pic.twitter.com/PILWEIftGf— ClaressaT-rexShields (@Claressashields) January 11, 2020

Kids mocked her as “T-Rex” at the time, comparing her stick-thin arms to the comically disproportioned dinosaur. Now she embraces the nickname for its ferocity, and also calls herself a GWOAT—”Greatest Woman of All Time.”

That rise from desperation to domination has caught Hollywood’s eye. Ryan Destiny, known for her role in the FOX program “Star,” will play her in a biopic produced by caught up with Shields as she trained for the Habazin fight in London, where she won her Olympic gold medal in 2012 at age 17. She tore through the competition again four years later in Rio de Janeiro, becoming the only American boxer to win multiple gold medals.

Attending a fight at the sturdy and intimate York Hall, a mainstay of working-class East London, she clicked with the crowd.

“I love the fans—the York Hall fans, the British fans, I would love to fight here in the United Kingdom,” she said. “I love the atmosphere here. Maybe in 2020 or the year after.”

Most British boxing fans want to see a rematch between Shields and the United Kingdom’s Savannah Marshal, who once beat her in an amateur fight. By chance the two crossed paths at the York Hall event and posed for a promotional stare-down.

Both women are undefeated as professionals but Marshal may have the more powerful arm: Six of her eight wins have been by knockout. Shields has only scored two in her 10 victories.

‘My [mixed martial arts] debut is going to happen, and that fight is most likely going to be in September [or] October,” she told Zenger

Meanwhile boxing promotion agency MTK Global is getting ready for the Shields-Marshal brawl, which it believes “could 100% be the biggest fight in women’s boxing.”