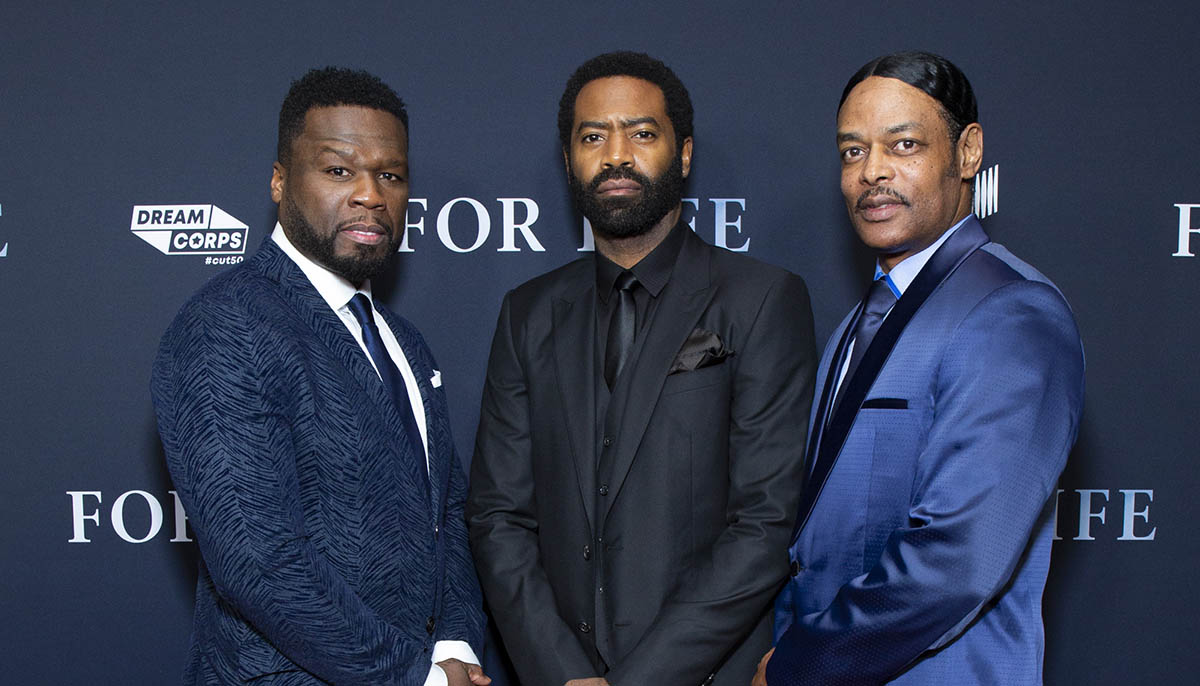 Urban areas and a robust ad blitz for a new Tuesday-night ABC drama promise something grittier than broadcast networks typically deliver. “For Life” adapts the real-life story of Isaac Wright Jr., a falsely convicted man who studied law in prison and won his own freedom.

Produced by Curtis “50 Cent” Jackson, “For Life” follows Aaron Wallace—the fictionalized Wright Jr.—while he navigates prison as an attorney representing fellow inmates as he plots his own freedom. Wallace also must deal with the emotional anguish of being separated from his wife and daughter.

Jackson, whose juggernaut “Power” just wrapped its series finale Sunday on Starz, is high on “For Life” because of its grounding in Wright Jr.’s real-life journey.

“What attracted me to the story is, I almost didn’t believe it when he was explaining to me what his journey was like,” Jackson told Zenger News in a phone interview. “It’s like a unicorn. It’s not like one in a million; it’s like there’s only one.”

“He’s the first person convicted in the state of New Jersey under the [drug] kingpin act back then and sentenced to 70 years plus life. That’s only 30 years more than El Chapo. It’s extreme.”

“It’s a completely different perspective,” he said. “Because he couldn’t find a lawyer who could see his case from a positive perspective, he ended up representing himself. He spent seven years in prison studying law.”

Wright Jr. waited nine years after his release to be recognized as an attorney. But before he became a free man, he won cases for more than 20 other inmates: reduced sentences for some, freedom for others.

To bring the series to life Jackson tapped Hank Steinberg, who created the Emmy Award-winning CBS hit “Without A Trace.” Eager to capture the story’s essence, Jackson asked Steinberg to sit down with Wright Jr.

“When you’re using your imagination to develop the character you’re not identifying with the circumstances, feelings, everything that connect to why, how the person’s temperament would be,” Jackson said.

“And when you actually talk to the person across from you, you can kind of see how these sort of things developed. It helps give you a more intense perspective of the person’s character and how an experience went.”

Steinberg found the meetings helpful. “I sat with Isaac for long periods of time and just heard all the stories and really learned,” he said. “I mean I’ve never been to prison before. I’ve never even visited a prison before this. So he really explained to me the subcultures and how it works, and this really fascinating relationship with the warden.”

Wright Jr., an executive producer on “For Life,” said Nicholas Pinnock’s portrayal got to him. “It’s not only been an exciting time for me, but also a rollercoaster in sense that they’re been great times and there’s been times when his performance has churned up certain emotions that have never been stirred up in me before. So he’s done an incredible job,” Pinnock said.

The British actor connected with Wright Jr’s story and believes many others will too.

“I think anyone from anywhere can identify with certain aspects of what a lot of the characters are going through,’ he said, ‘because it’s not just about prison reform. It’s about loss. It’s about hope, it’s about struggle. It’s about fighting for something you believe in. There’s so many different things that people will identify with.”

Joy Bryant plays Wallace’s wife Marie. She worked with Jackson on “Get Rich or Die Tryin’,” the rapper’s biopic in which he made his film acting debut playing himself.

“I think one of the reasons why I connected with her is that I have loved ones who are formerly incarcerated. I have two great girlfriends who have partners who were formerly incarcerated,” she said. “I remember what it was like for them doing that bid with their partner, so I had an understanding of what someone like Marie would go through because of those personal connections.”

Steinberg believes “For Life” will resonate with audiences and score big because it’s a broadcast series that carries the magic and energy of a cable TV hit.

“We wanted this show to be as gritty as it could be for network TV,” he said, “and I think it feels that way. It feels like a cable show on network TV. And the deeper into it it goes, you’ll feel it even more and more.”