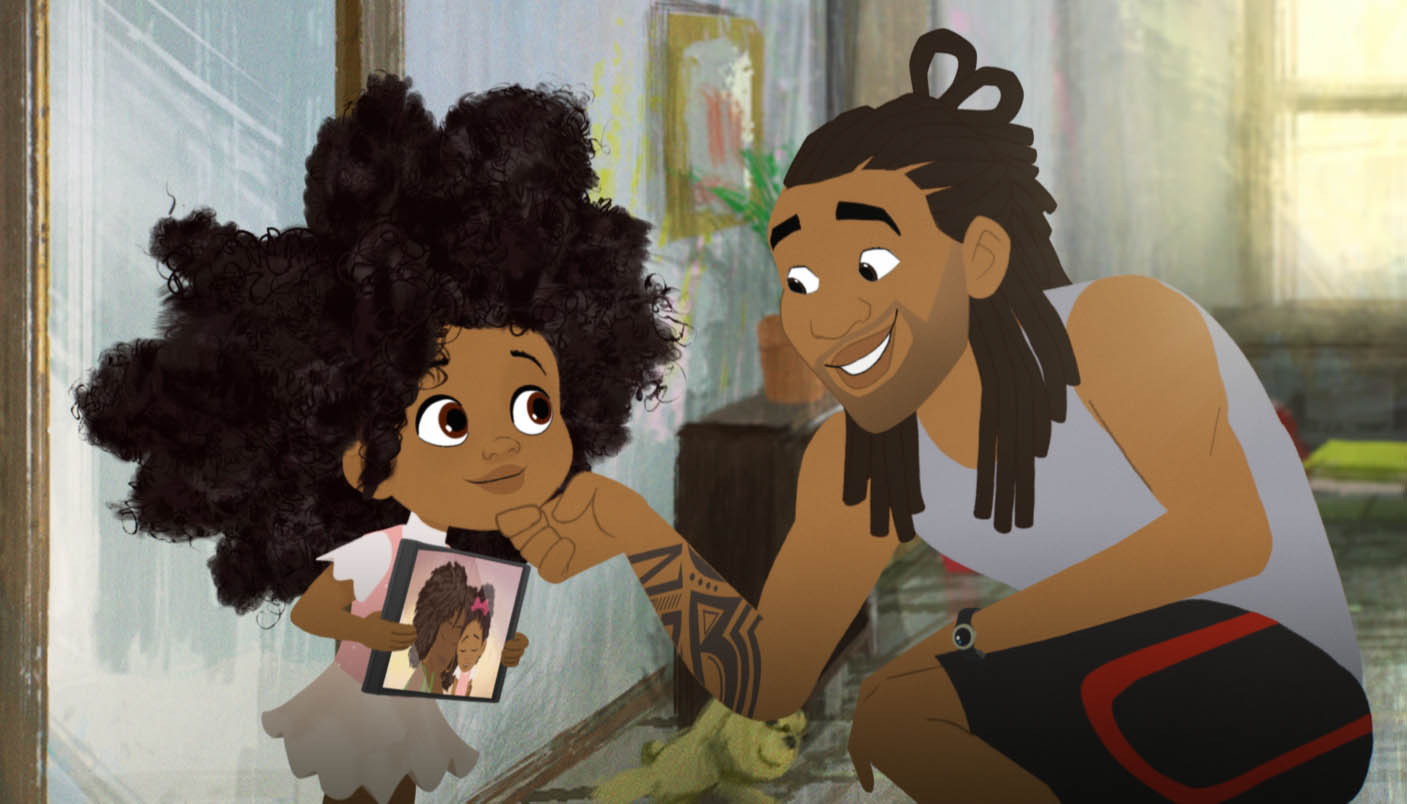 Cherry’s film features a young [black] father who, in his wife’s absence, does their daughter’s hair for the very first time. The young dad wears his own hair in locs and the girl’s hair is not chemically processed, something Cherry suggested was intentional when he spoke to a global Academy Award audience.

“’Hair Love’ was done because we wanted to see more representation in animation,” he said in his acceptance speech. “We wanted to normalize black hair.”

Cherry and producer Karen Rupert Toliver were accompanied Sunday night by co-directors Bruce A. Smith and Everett Downing Jr.—and by DeAndre Arnold, an 18-year-old student who made national headlines after Barbers Hill High School near Houston banned him from his graduation for not cutting his locs.

New Jersey saw a similar case in 2018 when wrestler Andrew Johnson’s locs were forcibly cut off during a match.

“There’s a very important issue that’s out there; it’s the CROWN Act and, if we can help to get this passed in all 50 states, it will help stories like DeAndre Arnold’s, who’s our special guest tonight, stop to happen [sic],” Cherry said, promoting legislation called the Creating a Respectful and Open World for Natural Hair Act

California was first to pass it into law last year, ending workplace and school discrimination against African Americans who wear locs or other natural hairstyles. It is also law in New York and New Jersey, and is pending in 22 other states.

Former presidential candidate Senator Cory Booker of New Jersey and Rep. Cedric Richmond of Louisiana introduced the CROWN Act in Congress in December. The House bill has 41 co-sponsors, but the corresponding Senate bill has just six. All 47 members of Congress who support it are Democrats.

Dove, the personal care brand owned by Unilever, has adopted the CROWN act as a corporate cause. It used the “Hair Love” Oscar moment to promote a petition on Twitter to end hair discrimination nationwide. The National Urban League and Color of Change are also supporters.

Cherry took every opportunity in the run-up to the Oscars to promote his film’s mission. “We just really just focused on the work and really tried to do something that young kids could see themselves in, and also to do something that just really normalized our hair,” he told Zenger News at the 11th African American Film Critics Association Awards in Los Angeles. He received the organization’s “Breakout Filmmaker” award at the January 22 event.

“I think we have such a complicated relationship with our hair, and I think the more projects that come out that just normalize us loving it as it is, as it grows out of our head, the better,” he said.

Cherry funded “Hair Love” through a Kickstarter campaign that exceeded $200,000. He has also turned it into an illustrated children’s book, which quickly became a New York Times best-seller.

Smith, the co-director whose credits include “The Proud Family,” said on the AAFCA red carpet that he had a personal reason for pouring himself into the “Hair Love” project.

“Listen, I have a daughter, and I certainly had those lost days of trying to figure out how to do her hair and stuff like that, so I definitely related to the material right away,” he said.

“I’ve never been able to do anything as personal,” Rupert Toliver, who also wears her hair in locs, said there. “It really started to hit me recently about how proud I am.”

Rupert Toliver is executive vice president of creative at Sony Pictures Animation, which ran “Hair Love” at the beginning of its animated feature film “The Angry Birds Movie 2” in August. Her credits as a former FOX executive include work on the blockbuster franchises “Rio” and “Ice Age.”

Issa Rae provided the sole voiceover for “Hair Love.” Other producers include Jordan Peele, Gabrielle Union, Dwyane Wade and Peter Ramsey, who won the Oscar last year for Best Animated Feature as co-director of “Spider-Man: Into the Spider-Verse.”

Ramsey summed up Cherry’s impact with “Hair Love” at the AAFCA awards. “It was based on something real, and he brought it to life,” he said. “Now it’s resonating with people all over the world.”

Cherry, who briefly played wide receiver on NFL practice squads, is now the second former professional athlete to win an Oscar in the Best Animated Short category. Los Angeles Lakers legend Kobe Bryant, who died tragically in a helicopter crash recently with his daughter Gianna and seven others, blazed that trail in 2018 with his animated “Dear Basketball.”

Cherry ended his Oscar acceptance speech with a remembrance of the late NBA great. “This award is dedicated to Kobe Bryant. May we all have a second act as great as his was,” he said.