Popcorn with Zenger: ‘Birds of Prey’ never gets off the ground

The DC Universe seems smaller with this uneven waste of solid-gold creative material, relying on female empowerment instead of powerful storytelling and solid writing. 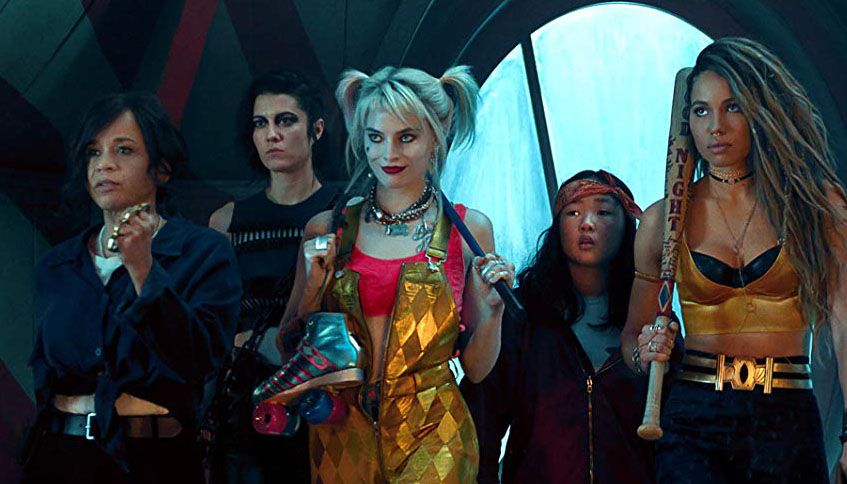 The Birds of Prey series has a long history, from the original 1990s Chuck Dixon comic book series to the Gail Simone series that led to multiple television adaptations. Fans of those shows will be saddened to learn the live-action movie is nothing like what they know.

The film begins with Harley Quinn’s (Margot Robbie) story told from her perspective. After her breakup with the Joker, she plans to let the world know that she’s single and ready to shine on her own. But everyone who has wanted to kill her—but didn’t because she was the Joker’s girlfriend—now wants a pound of flesh.

As the entire city hunts down Harley, she runs into a foul-mouthed teenage thief who has a bounty on her own head for inadvertently stealing an expensive diamond from the biggest criminal in town, Black Mask (Ewan McGregor).

From there the film is a cheesy hipster comedy, not a superhero team-up.

The Birds of Prey were originally a group of feminine crimefighters led by Barbara Gordon— Batgirl—who gives the ladies their name. The filmmakers chose to omit her from the story, leaving moviegoers with a result that lacks heart, soul and direction.

The characters are empty shells with no reason or purpose to be together, other than that men in their lives has wronged them. The limited theme of overcoming men behaving badly turns three-dimensional female characters into cannon fodder for blue checkmarks on Twitter.

Huntress (Mary Elizabeth Winstead), for one, could have been a character with a heart-wrenching and compelling story of vengeance. Instead she’s an occasional laugh-line because she’s “awkward.”

Black Canary (Jurnee Smollett), a founding member and mainstay crimefighter in the DC universe, becomes the race-swapped bar singer with no consistent motivation. Cassandra Cain (Ella Jay Basco), known for being among the best hand-to-hand fighters in the DC Universe, on par with Batman himself, is a foul-mouth angsty teenager—a humorous departure because she swears and steals from rich white people.

Somehow a female director (Cathy Yan) and a female writer (Christina Hodson) managed to miscast interesting women, making interesting characters something less. The result is a series of disappointing adjustments, It’s arguably the worst DCEU effort, and based on a story created by two men.

Inconsistent writing abounds: Huntress is a vengeful girl-power vigilante who teams up with Harley Quinn to kill murderers and crime bosses, a change that makes Birds of Prey too jarring to enjoy.

Playing the over-the-top evil Roman Sionis, Ewan McGregor is Birds of Prey’s standout by accident. The writers worked overtime turning him into the ultimate misogynist, making him the only character in the film with any depth.

Margot Robbie herself turns in a solid lead performance. But Rosie Perez was a bad choice and her rendering of Renee Montoya is insignificant to the story.

The fight scenes are well-staged and put together, but no amount of physical comedy can overshadow the film’s waste of potential. As a Hollywood production, Birds of Prey is a cautionary tale about handing a project to unqualified people who can’t fathom the creative gold they’re given.

See or skip: Marketing based on feminist virtue-signaling and an attack-dog media will only get you so far. These birds never get off the ground.