While touring with Michelle Obama and The Rock, Oprah opens up about how her life changed when she forgave her mother 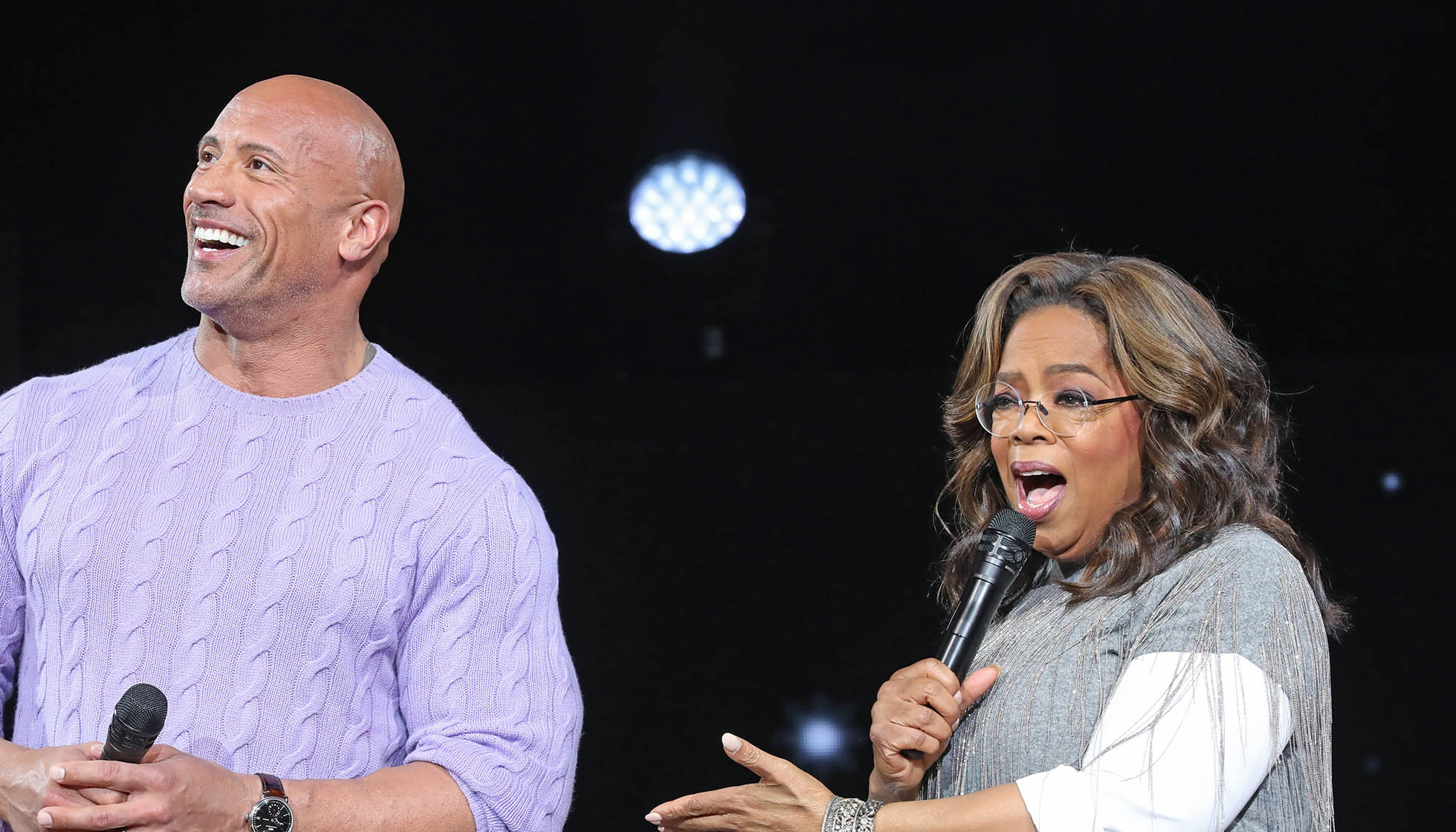 The woman who has it all admitted that she didn’t always have the one thing that she wanted: a strong, supportive relationship with her mother.

At the start of a nine-city tour, Oprah Winfrey opened up about her failure to connect with her mother, who was a 17-year-old African American single mother living in Jim Crow Mississippi when Oprah was born. And Oprah was the daughter that she didn’t want.

She forgave her mother, Winfrey said, and thanked her for not aborting her or giving her up for adoption.

After forgiving her mother, Winfrey said, “My life opened up in ways I cannot even explain. I didn’t even know I needed to forgive it so deeply. And now I celebrate the fact that I had a mother who didn’t give me all that I need, because my ability to offer it to other people comes from what I actually needed.” The power of forgiveness can change lives, she said.

Recounting how she watched her mother take her last breaths, an emotional Winfrey admitted that she had been a hypocrite for avoiding a confrontation with her mother — while advising women everywhere to be brave. Her public remarks about her mother were part of nine-city tour called “Oprah’s 2020 Vision: Your Life in Focus.”

“My life, just like yours, has been marked by many a miracle,” Winfrey said. “Everybody in this room has been through some stuff. But you’re still here.”

The world’s richest black woman, according to Forbes, Winfrey sold an estimated 45,000 tickets in just three stops. The Fort Lauderdale, Minneapolis and Atlanta appearances. The tour is an emotionally charged mixture of self-help seminar and celebrity road show.

WW, formerly called Weight Watchers, is co-sponsoring it all. Winfrey is an investor and lends the series a strong weight-loss element that’s timed to align with many people’s New Year’s resolutions.

She surprised Atlanta fans on January 25 by mixing and mingling with floor-seat ticket holders—and even coached some directly on wellness, life goals and ambitions.

“My purpose for being here is because I have the most magnificent life of anybody I know,” Winfrey said.

She is selling out shows by sharing the stage with celebrities including former first lady Michelle Obama, Tracee Ellis Ross, Jennifer Lopez and Gayle King.

In Atlanta she interviewed Dwayne “The Rock” Johnson on stage about his father, ten days after he passed away. Johnson said his father, the famed wrestler Rocky Johnson, broke new ground as a black man in the South during the 1960s and 1970s.

“This all-white audience who would never cheer a black man cheered him in these arenas,” Johnson said in a moment of poignant praise. “And it’s not like he was wrestling these other black men; he was wrestling other white wrestlers.”

“He was a trailblazer,” Johnson said. “He did a lot of things that had never been done, but he also changed audience behavior, which was so hard.”

Oprah, author of “The Path Made Clear: Discovering Your Life’s Direction and Purpose” and other self-help books, spoke of to the movie-star athlete about his strained relationship with his father, comparing it to her relationship with her own mother.

Most of Oprah’s traveling roadshow is upbeat, however. The global dance party phenomenon Daybreaker led her Atlanta audience in a fitness exercise before showtime. By night’s end, attendees took part in a meditation session, ate a healthy lunch and engaged in another movement session known as “Kinrgy,” led by former “Dancing with the Stars” standout Julianne Hough.

Oprah could hardly contain her excitement as she urged thousands of Atlantans to find a new kind of peace, love and joy.

“A successful, full life is being able to live with the peace and the joy,” Winfrey added. “Few regrets, few regrets. So, here’s a full day for you to focus on that peace for yourself.”

The 66-year-old, who celebrated a birthday on January 29, told cheering fans that she’s spending her time exactly as she would like.

At this point in her life, she said, “I don’t do nothing I don’t want to do.”